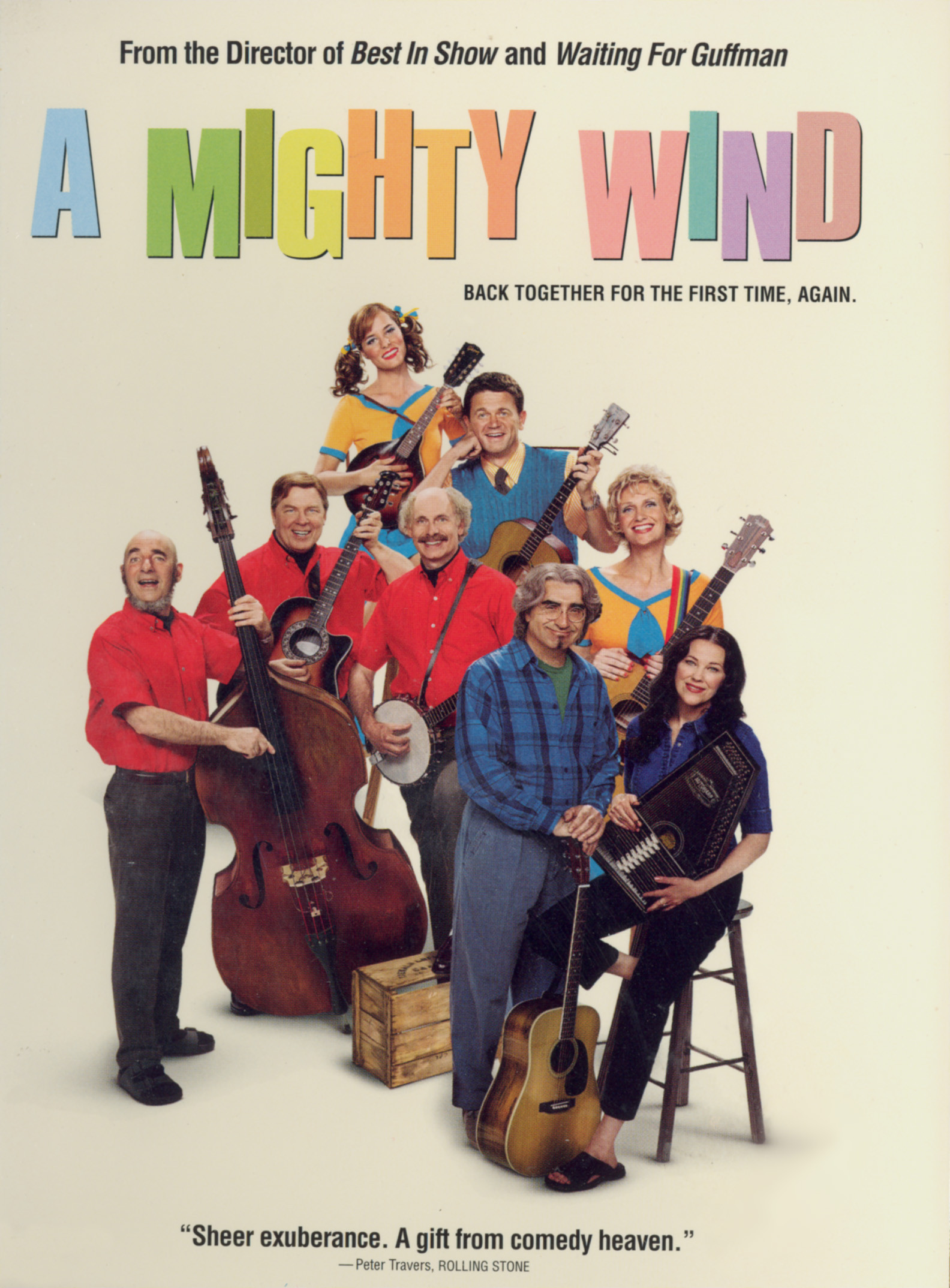 I take it this is supposed to be a euphemism for “fart.” In which case, this film already starts off on an infantile, albeit, clever start. If you’ve ever seen one of these Christopher Guest movies, you’ll certainly understand the humor, and you honestly won’t be seeing much new with this one. It’s like a toned down This Is Spinal Tap mixed with a little bit of Best In Show–complete with the Spinal Tap trio, this time dressed as folk singers and not metal gods.

And that’s the theme of this film: folk music. It’s not community theater or dog shows, but good old-fashioned folk music. Which leads me to the question: is what these groups perform really folk music? I don’t know, folk music to me is like Jim Croce and Joni Mitchell. This stuff is like the kind of music you’d here being played by teenagers in teal sweatervests on Main Street at Disneyland. I suppose folk music cuts a large swath, so I’ll just have to go with it.

So the set up of the movie is exactly the same as other Guest movie, where there is a big event that everyone is working towards, and we get to watch in a documentary-ish style as all involved parties prep and work towards said big event. In doing so we get to delve into all the wacky and peculiar personalities of the involved parties. In this case, thee different folk groups preparing to do a tribute concert to their late promoter/manager that has been organized by his crazy, neurotic children. It’s the usual cast of characters, who, as usual, ad-lib their way through scenes sometimes hitting the mark and other times falling a little flat.

I must say it’s good to see Ed Begley Jr. getting some work, though. I suppose the funniest aspect of the movie is the slight re-writing of history, with the claim that this semi-cornball children’s music was ever really popular. There’s an almost cult-like atmosphere around the fictional duo Mitch and Mickey (Levy and O’Hara) as they reunite for this concert after crushing their many fans with a breakup years ago. These films are becoming somewhat formulaic and you hate to see that–but the great acting skills of the players keeps it fresh enough to stick it out for another go ˇround.