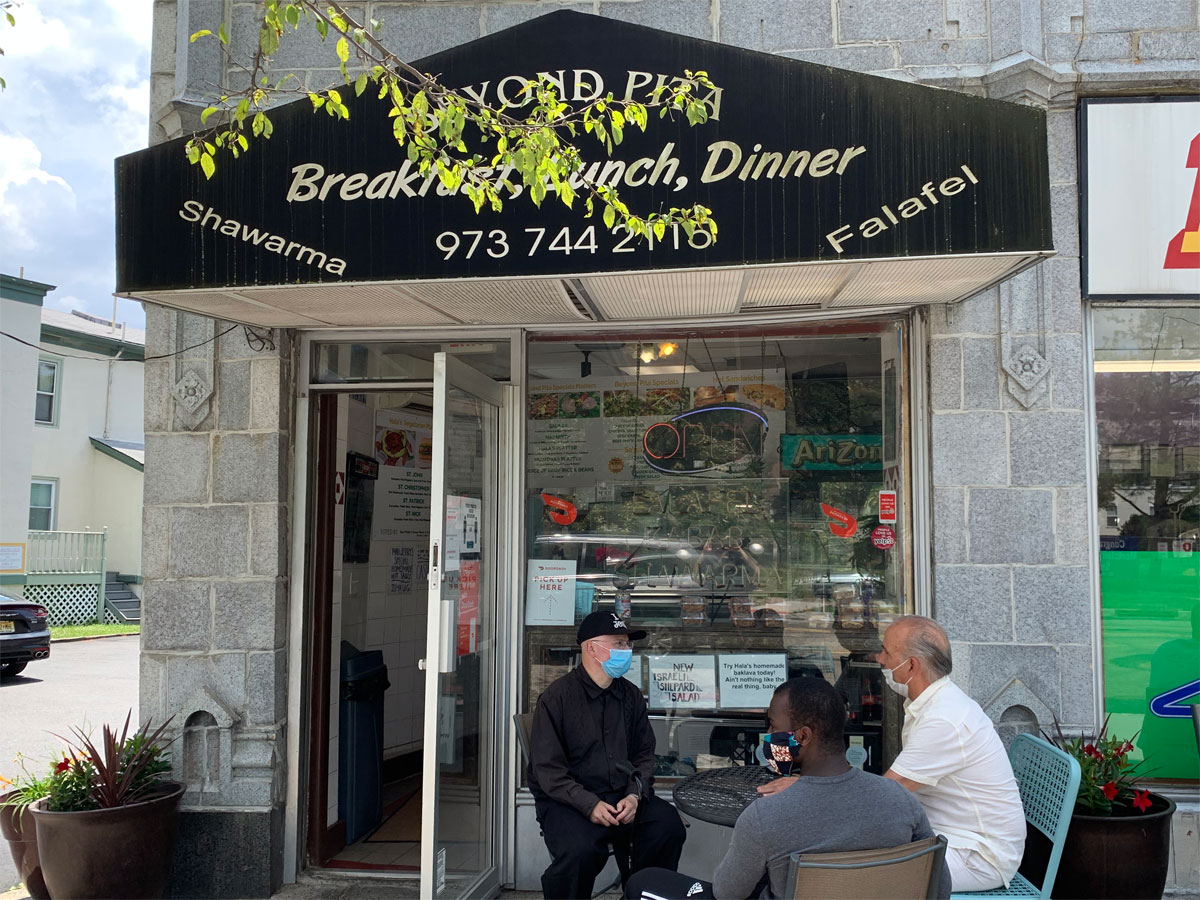 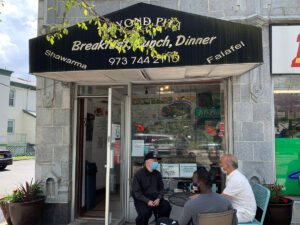 Why so angry? Seriously. You run a customer-based service, yet you treat your customers as though they’re an inconvenience. You, like the Krauser’s a couple doors down, only accept cash and get kinda pissed when you pull out a twenty. A scowl is not a great sales tool. And it’s the ATM’s fault, not mine.

The thing is, I can’t quit you. Your balls entice me. Your fried, delicious balls. They’re not like Taïm good, but are certainly better than a couple other falafel joints in and around Montclair. The name: Beyond Pita. It’s… kind of silly. It’s also unfortunate that the worst part about your falafel sandwiches is, in fact, the pita. It’s dime store bread. It’s flimsy. It falls apart after no more than two bites. So you end up with more of a Middle Eastern panzanella salad than a sandwich. Which I suppose tastes the same, but if I wanted a deconstructed sandwich I’d go on one of them fancy cooking shows.

I generally go for the falafel and hummus pita. The name in itself should indicate that there is hummus somewhere in the thing. But, more times than not, there is little to none to be found. Or perhaps I get selective amnesia each time and forget what hummus is? I don’t know. The rest of it is decent-ish, though. The falafel is generally fried to order. It’s crispy as it should be. Not too big. Not too small. They’re not overly spiced, but texturally satisfying. The tahini gives a little tang. I like my sesame juice  a little thicker and a little earthier, but it’s fine to keep the thing from being overly dry. The lettuce and tomatoes and pickles are there to make it feel like you’re getting your money’s worth, but otherwise serve their part.

Look, I know this isn’t a ringing endorsement, but all food is subjective. This is one of those places that I think I like the idea of better than I like in practice. But I also kind of enjoy it in practice. Sometimes.