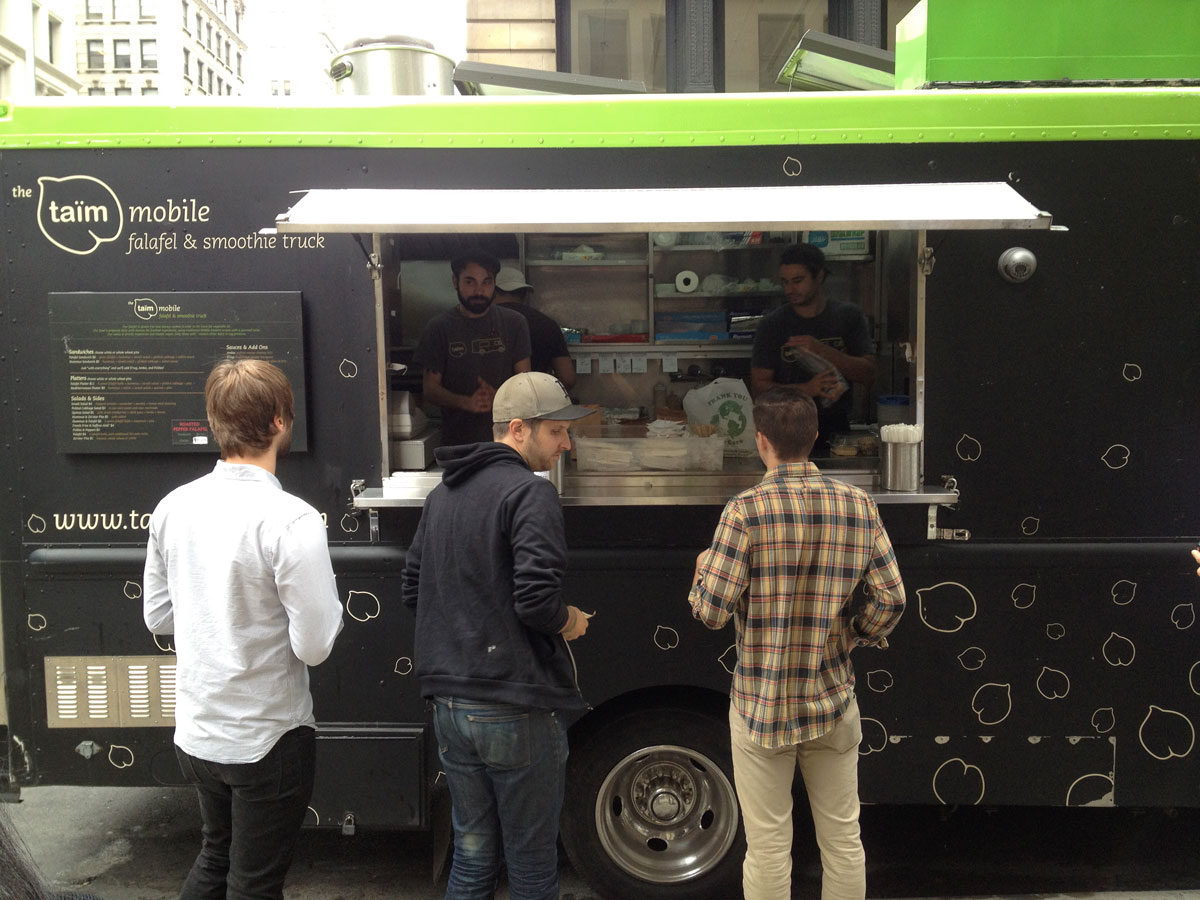 There was a stretch of about ten months when I ate at this truck at least once every two weeks. Essentially every time I walked out of my office and saw the truck parked on Fifth Ave. with a line of less than fifteen people, I’d fast-walk my way over there. And then I’d order my falafel sandwich, sometimes plain, sometimes Harissa (when they had it), but always the same thing and always pretty damn awesome. Awesome even though the stuff is vegan. Yes, I’m a vegan! Ok, I’m a vegan when I eat at this joint, though I generally wash it down with some steak soda from the bodega down the block. I’ve had a bunch of falafels over the years — some from restaurants, some from trucks — but there is something particularly fresh-tasting about the ones from Taïm. Perhaps it’s something about the oil they fry them in, or perhaps it’s the ingredients, or even how often they change the oil, but they don’t have that monolithic fried taste that so many do. Rather one can taste each individual pop of flavor as the thing moves around your mouth. The other nice thing about their falafels is that they don’t fall apart and turn into a giant soupy mess the way some do. I know neatness isn’t the sexiest thing when it comes to food, but if you, like me, end up taking most of your lunchtime meals at your desk, you too will be happy that you don’t have tahini in every crevasse, nook and cranny after your meal. It’s always nice getting a “thanks, bro” from the guy handing you your food, too. It definitely makes the $6.50 worth it. [MF]