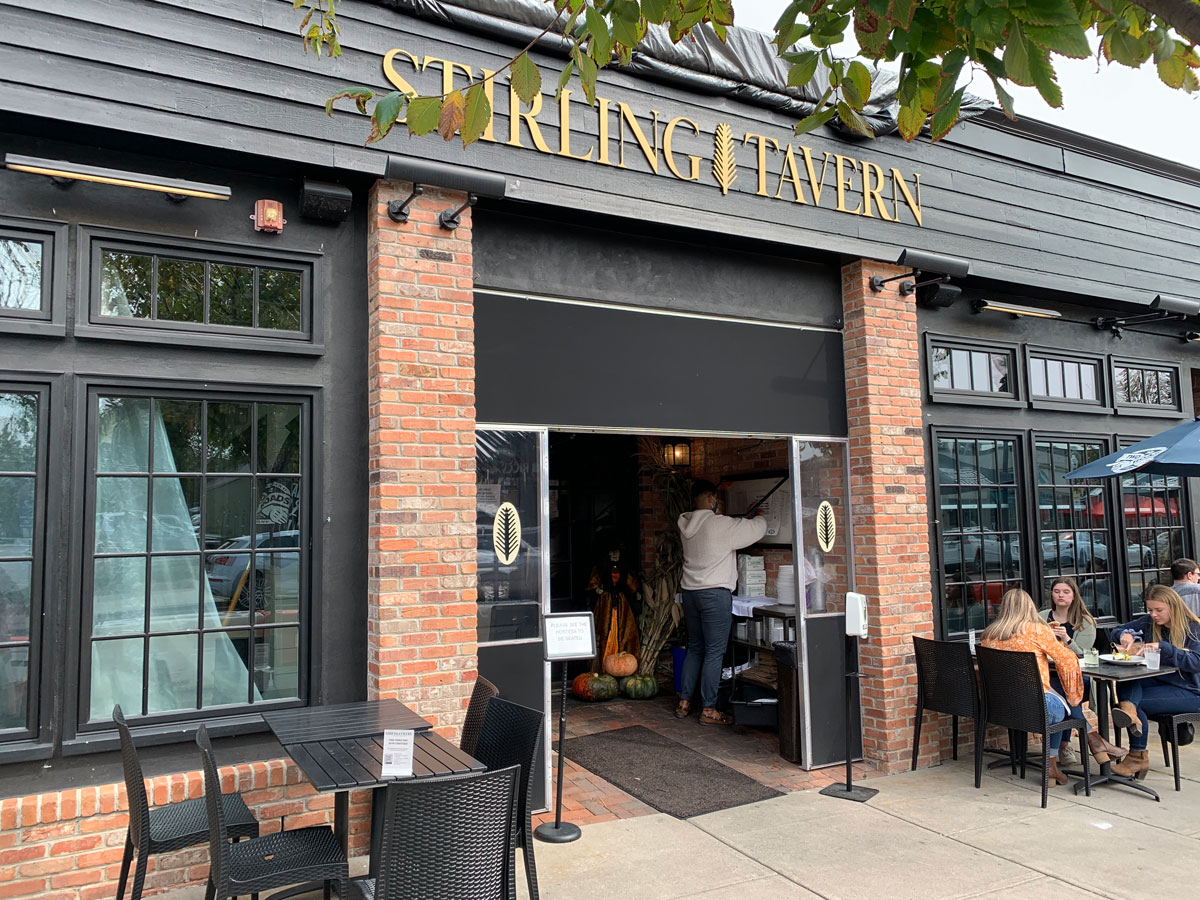 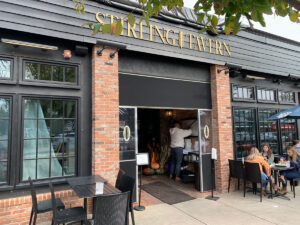 Remember eating out? Do you recall the vague smell of stale beer and the aroma of fried food wafting out of the kitchen doors? Yeah, it was a good time. So it’s strange that we spent our first indoor dining experience at Stirling Tavern, a generic bar and grill type place in a town nowhere near where we live. And the experience, beyond being weird, was just… fine. Not that we should judge this particular joint on a lunchtime experience in a socially distanced time where we were among only a few tables allowed to exist in a rather spacious interior. But I can’t imagine that it’s mind-blowing even when people are allowed to congregate en masse and spread just their good ol’ fashioned germs to each other.

The first issue we ran into is that damned thing called brunch. Granted, their lunch and brunch menus aren’t much different (although some items seem to be printed in a different order), but when only brunch is available until 3:30 PM, it’s a little frustrating. Not that I couldn’t have had a beer with my breakfast tacos, but just the fact that it was technically brunch kept me from boozing it up. And, no, I don’t drink bubbly alcohol with juice in it or red juice with vodka in it. I’m no freak like that.

That said, my breakfast taco was definitely serviceable. Not that I expected much from scrambled eggs, cojita, avocado, bacon and aoli in a tortilla, but it actually kinda hit the spot. Plus the fries that came with it were really good. Also, I ate the bacon. Which, to any 0f you who have ever read this site, is a big deal for me. I don’t dig on swine, but somehow when bacon is cut up in small pieces, I can actually tolerate, and even enjoy it on occasion. I’m still not going to order a ham or a pork chop or anything, but if you make the bacon small enough, it’s a nice accompaniment to a thing that is in no way an actual taco. Hipster Jr. got chicken wings — as he is wont to do — and Hipster Jr. Jr. got a cheeseburger. She is oddly picky, but really enjoyed it. We told her that was because it’s made with ground short rib and brisket. That actually almost made her enjoy it less because she felt as if she’d been duped into eating something that wasn’t actually a burger, but we went through the details and insisted it was still a burger, albeit a fancy, fourteen-dollar burger. Ms. Hipster was less pleased with her meal, but she didn’t like spit it out or spend the time moaning or anything. So I suppose she’s had worse.

All in all, the restaurant itself is a relatively generic affair. It looks like it was probably designed in 2006 or 2014 or somewhere in between by someone who went for casual upscale family bar and restaurant. Considering Morristown went 28% for Trump in 2016 (vs. 10% in Montclair, for instance), they probably had to skew it a little more conservative. Please the largest contingent, I suppose. The servers were nice and relatively efficient. The food came out a little slowly considering the reduced crowd, but we’ll cut them a break as I’m sure some of the safety protocols cause slow downs. The whole experience was strange due to the times we’re living in, but not unpleasant for our first foray into interior dining in the middle of a global crisis. I’m not certain we’ll ever be back, seeing as it’s a bit of a hike to get some eggs. But if you’re in the area, you could certainly do worse than to grab a socially distanced burger and a beer.