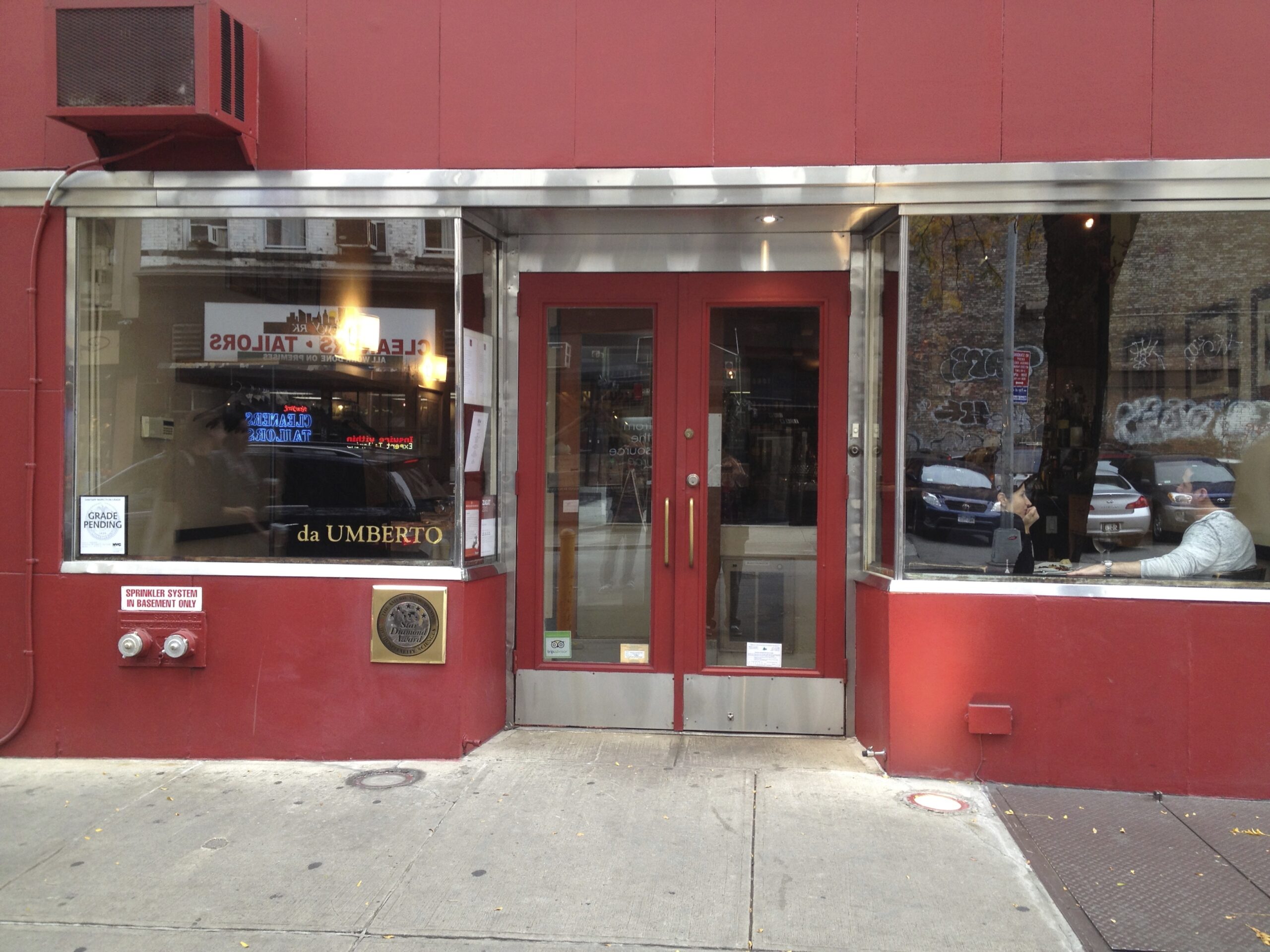 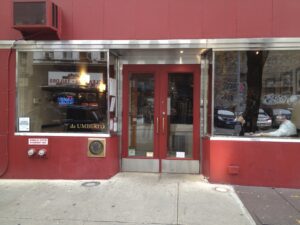 Old school is both a good and bad thing when it comes to food. There are old school places that have become institutions and churn out great food still. But there are places that just feel old. da Umberto is kind of in that netherworld where old school meets just plain old. Or at least that’s what the superficial exterior and interior of this joint screams. The menu too at first glance tells you it’s just another dusty old Italian joint hanging on to a panoply of the same tired Italian fare. And in some ways you may be right, but decent traditional Italian food made decently, especially on somebody else’s dime, can be as good as anything. And, honestly, in this neighborhood, you have the choice between this place and pulling a rotten slice out of the dumpster behind one of the two takeout pizza joints around the corner. Though the food here will run you about 50 times the cost of a couple slices — fresh ones. And the night we were there, with a large, loud group, the volume, despite it snowing outside, was almost earsplitting. Of course most of that was us — and the 25 bottles of wine we drank — but I have a feeling any given night the noise here breaks the 125dB level. My crostini with grilled polenta, wild mushrooms and taleggio fonduta sounded like it might make my head explode with goodness. It was good, but didn’t live up to the reading. And then I think the porterhouse was decent, but I was so deeerunk by the time it showed up, the thing could have been made of flaccid dog barf and I would have slapped a blue ribbon on it. There was even another side order of polenta that had like three different cheeses in it. I think a hyena stopped by the table and fought me over the last spoonful, but the little I did get was, well… How could it be bad? So I left the joint stuffed to the gills, bleeding from the ears and not even a penny poorer. It’s not as if I’ll ever go back here, but as a one-hitter, I’ve certainly done worse. [MF]