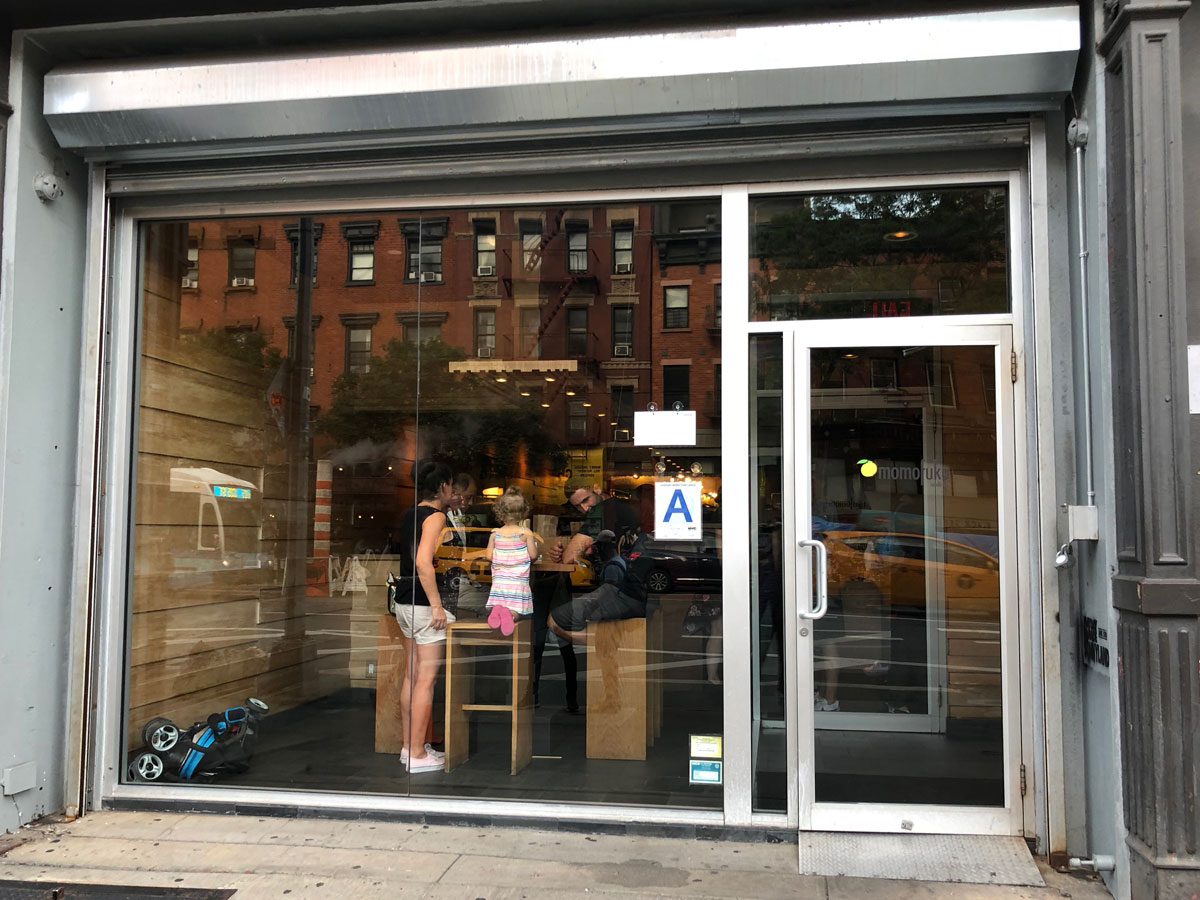 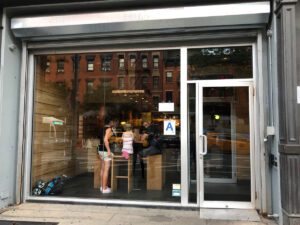 Momofuku, muthafucker! Yessiree, this is the original restaurant in the Momofuku empire. Ok, calling it an empire is a little over-the-top, but this is the super-chill, casual ramen and Asian fusion-y joint that started it all. That brought high-end buns to the public. And noodles, of course. Seriously, this ain’t no college, dorm room stuff.

Now, the secret (unless you’ve ever read this site before) is that I don’t really dig on swine. Certain swine I can tolerate. Like meatballs and stuff. Or the occasional crumbly sausage in a really good pasta, or even tiny, little bacon bits in a potato skin. But anything that shows up pink, surrounded by fat or is otherwise recognizable as a pig or is sausage-like I generally reject out-of-hand. This whole thing has really kept me away from ramen places, as it seems most of their menus are filled with nothing but pig parts and half-eggs, which is also not my thing. But you know what is my thing? Motherfucking short rib! That’s right, I will eat the shit out of a cow. Well, not literally eat the shit out of it, but like once the animal has been killed and butchered and the meat has been hacked off its ribs, I will totally chow down! And, let me tell you, I could eat David Chang’s short-rib bun every day for the rest of my life and never get sick of it. Like I could have a daily short-rib-bun infusion and maybe a tattoo of the thing on my pelvis and be a perfectly happy (and probably dead and lonely, what with the trans fats and the awful ink) person. I may have audibly moaned while eating the thing, but luckily my buddy sitting next to me eating his pork bun moaned louder and brought the shame crashing down on him instead of it all being laid at my feet.

After the bun, I knew that basically everything would be a let down, including seeing Hipster Jr. graduate from high school, college and the birth of my non-existent grandchildren. And, yeah, the chicken ramen thing I got wasn’t anything spectacular, though as my first exposure to ramen that didn’t come in an orange package. I supposed it was pretty tasty. But, again, I couldn’t focus because of the groans of pleasure coming from my mealmate and his pork belly, pork shoulder and poached egg with weird red swirly shit in it ramen that made me wonder why something that is admittedly cool looking holds so little interest for me eating-wise. I know they say we eat with our eyes, but ultimately that stuff is going to hit my palate and my palate is going to ask why I’d be eating such a smart animal when I could be munching on something that drowns when it looks up at the rain.

I know this restaurant has been around for years now, but their no-reservation policy can make for a hit-or-miss experience in terms of wait times. We got lucky the night we went, but I imagine bringing a party larger than two could cause some serious delays with getting to the grub. They do apparently take reservations for groups of eight if you want the fried chicken dinner (something I had at Má Pêche before it closed and is worth the price of admission) but otherwise the restaurant adheres to its no-fancy-pants-nonsense rule of East Village cool. I’m sure they’ll raise the rent at some point and they’ll either need to double their prices or move to Avenue D, but until then enjoy their fourteen-year run with a little bit of pig and maybe a little bit more.