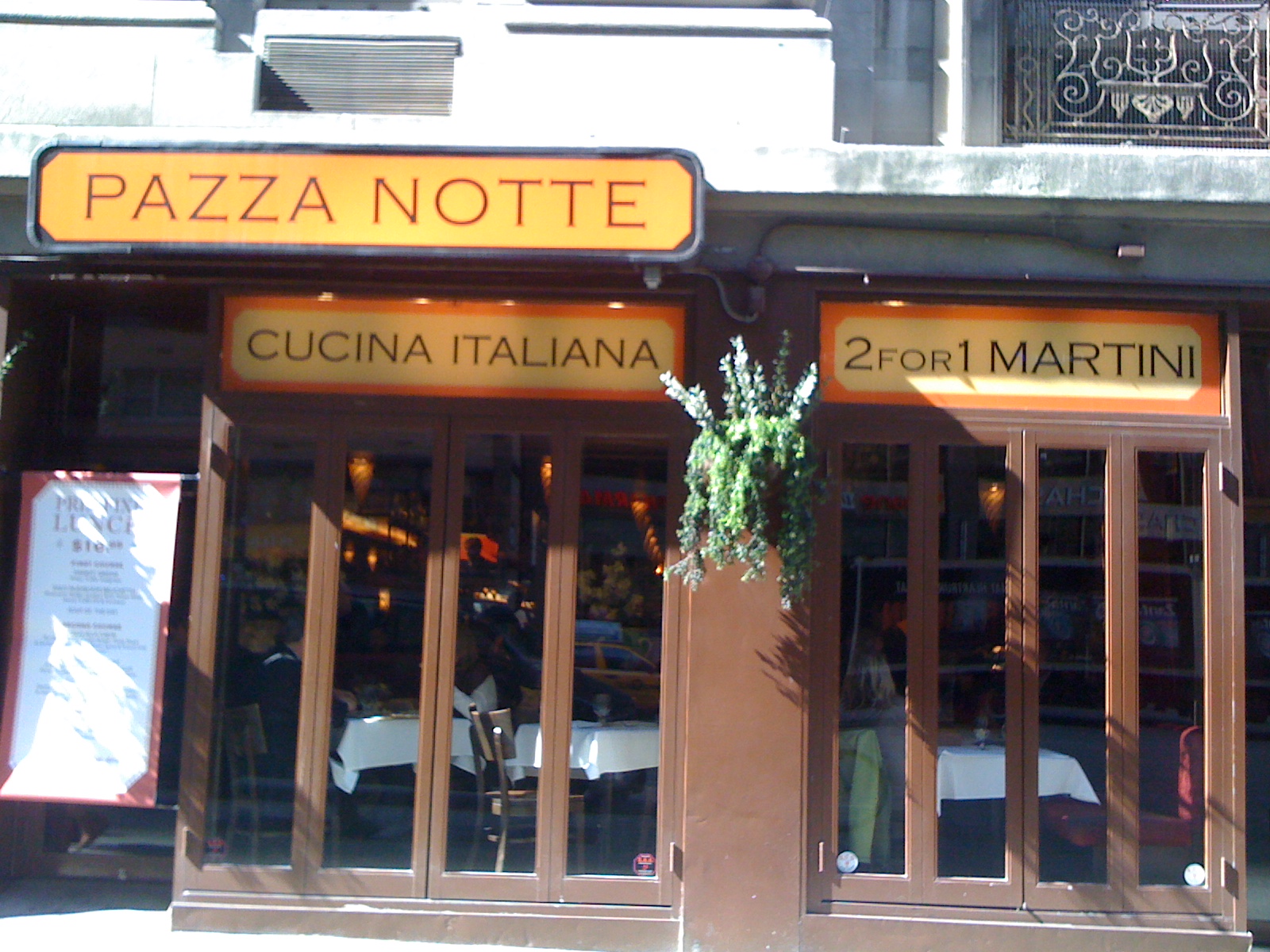 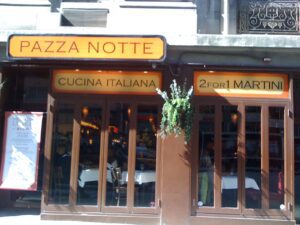 Rumor has it that there is food and shit served in this joint. I have my doubts. The only reason to come here, as far as I’m concerned, is for the two-for-one martini deal. Jeez, they print the deal right on the outside of the restaurant. But, beware; there is no other way to leave this place after partaking in the deal than deeerunk. And not like sorta drunk, like blotto, your pee is 80 proof kinda drunk. Actually, I suppose the other way to leave this joint is on a stretcher — which I’m sure happens from time to time. It’s honestly a really dangerous, crappy idea. I walked in on a party an hour or two into it and people were already zombie-like and puddle-ish in a totally unappetizing way. I had already been drinking when I showed up, and quickly got my first two martinis. And boy if I didn’t spill at least 70% of them. They serve them in these weird stemless glasses that, if you gesticulate at all, sloshes the vodka hither and thither in a way that makes you seem like just a giant drunken asshole (even if you’re just a little drunken asshole). The place was just plain dicey — well not the place so much as the general atmosphere. And it’s in that atmosphere that I barely remember the lay of the land, but seem to recall a big, central bar and a loungey thing that resembled a Encino Persian family room from the 80s. This is one of those things you should really ever do once. Cuz two martinis don’t seem like quite enough (when you’re chugging), four is way too many, and six turns you into a blithering hr nightmare. Go once, go hard and stay hydrated. [MF]