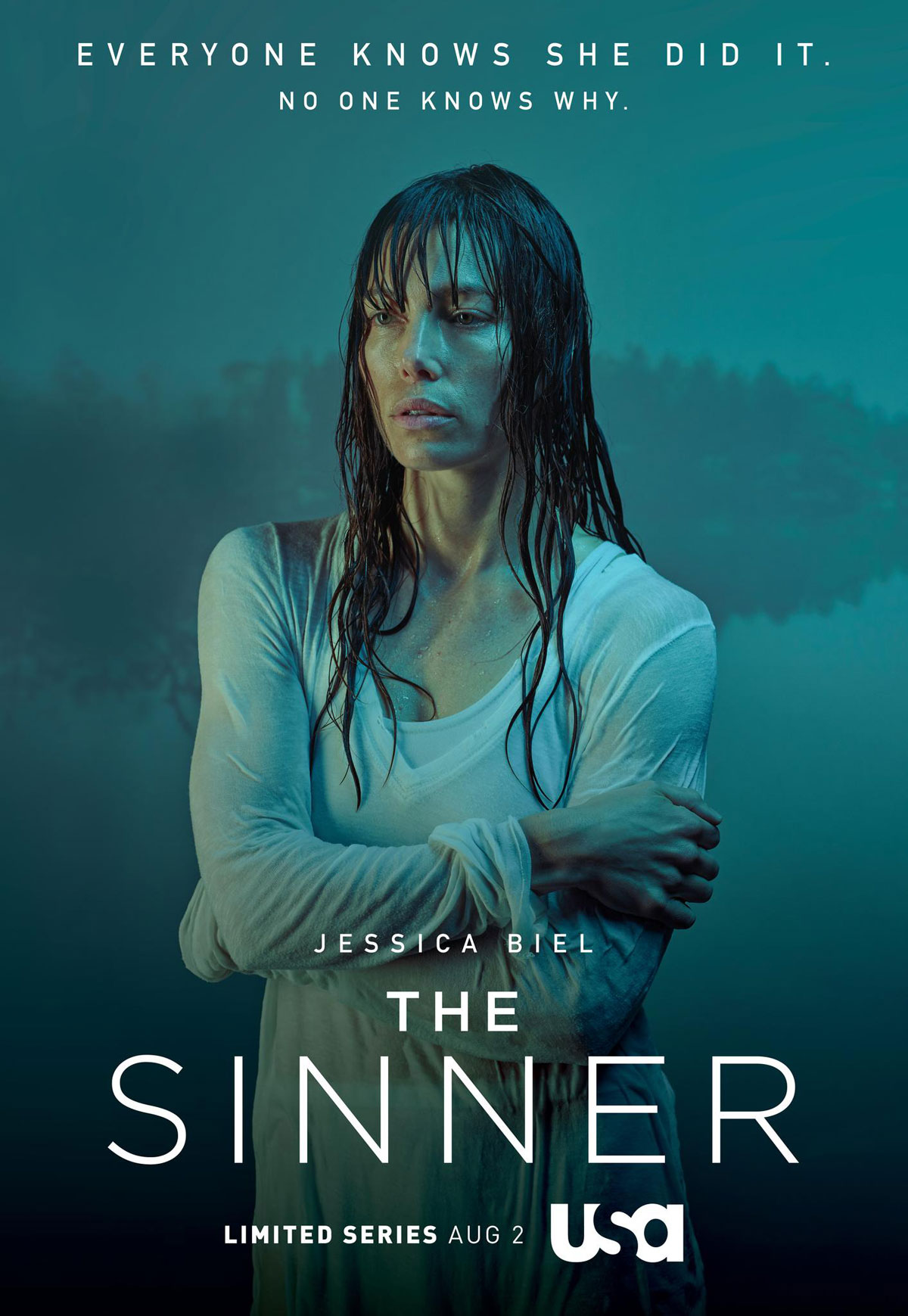 Am I the only one who sees Jessica Biel and thinks she’s married to Derek Jeter only to remember she’s actually married to Justin Timberlake? But then thinks, “No, that can’t be right.” Okay, maybe that’s just me. Am I also the only person who can’t recall a single thing Jessica Biel is famous for other than being in 7th Heaven as a teenager and maybe getting fired from that show after posing in a “sexy” magazine spread (despite it being a show I’ve never seen)? Honestly, though, it’s hard to think of another actress who’s been in the public eye as long as she has without being able to point out a single movie or TV series she’s starred in the past fifteen years. Though I’m acutely aware of who she is, I am completely unfamiliar with her as an actual actress.

So, pretty awesome then that she’s landed what amounts to a pretty plumb gig as the lead in a dramatic series on a major-ish network (if USA can be considered anything like that). I’m sure it’s not perfect for her, in that it’s actually an anthology series, however, meaning that season two will not in any way star her character. So I suppose she’ll be back in the JT fanclub biz. Honestly, though, I wasn’t even aware of this show until it came on Netflix and a couple folks recommended it. Turns out they only kind of understand my television viewing taste.

So, look, man… I really wanted to like this show. I’m not sure why I wanted to like it, other than the fact I generally like weird religious stuff that also includes murder and mystery. But this series just left me a little cold. There are a few factors here. To explain what these are, I’ll explain the series in a nutshell. Nice, family woman, Jessica Biel (Cora), loses her mind on a beach one afternoon and stabs a seemingly random dude to death with a paring knife in front of a lake full of onlookers, including her husband and son. She’s arrested and we spend the rest of the series trying to unravel why she snapped. That’s it.

First issue: how can Cora’s husband (played by Girls’ Christopher Abbott), who married and had a child with her, have no idea about any of her background or the problems she had in the very recent past? We’re talking months or weeks here. No, seriously, they never talked about anything? I mean, the dude had no idea that she had some seriously deep-seated issues and a semi-twisted backstory that could explain some of this? It’s like he was married to a complete stranger, which makes no sense. Second Issue: the reason for her stabbing this guy (which I won’t give away) also makes absolutely no sense. When I did learn about it, I was kind of stumped as to why the situation warranted the reaction. And the whole “pattern” thing (you’ll see) is plain stupid. Third issue: Cora’s response to the stabbing and her plea in court flip flops so many times, it becomes unclear whether her feeling of being “the sinner” is authentic or if it’s motivated by self-preservation. Normally, with bad guys, that ambiguity would be a good thing, but in this case, she’s supposed to be the good guy, but her purity is compromised by some seriously murky writing.

Fourth issue: Bill Pullman’s character, Detective Harry Ambrose. This dude ends up as the lead investigator of the murder. He is a Madlibs sketch of troubled white guys from the last ten years of peak television cops. He has this weird sexual masochism thing that involves getting a woman to step on his fingers (the show’s director helpfully showing us his black fingernails whenever possible), but is super-sensitive and in tune with all things having to do with plants. Aside from the no-duh lazy writing issue I have with that, there’s no way what the woman is doing to him would cause that particular damage… Anyway, that’s a nit-pick, but it’s bad writing and bad television. Plus, Pullman is just really not good. He puts on this strange voice affectation that makes him sounds kind of strangled and almost infantile that is super-annoying, making him almost unwatchable. The funny thing is, he’s the only character that comes back for season two from what I understand. Strike that one from my list. Fifth issue: timing. As I almost always do, I run the math on shows that have a lot of flashbacks and can’t for the life of me figure out why or how Cora is still living at home in her twenties (despite the weird, religious stuff going on) and continuing to be treated as a teenager well into her twenties, only to come out the other side seemingly as a thirty-something, despite also just being in her twenties. Anyhow, the point is that there is a compressed timeline between her leaving home, going through some serious shit and then marrying and having a kid and becoming an upstanding member of the community that doesn’t add up. This issue loops back to the first issue, where you figure her husband would have been like, “Hey, what were you just doing last week before I met you? Oh, you don’t remember? How about a month ago? A year ago? Ten years?” Anyway, in reality, people are a little more curious about things than they are here, especially people they decide to marry and make a home with.

But the biggest issue is that she murdered a dude. She up and killed a guy with a knife on a beach. There was no doubt about it. And even when we learn why she did it, she still did it. It would be like a guy blowing up a church and we find out later that his mom used to make him go to a fundamentalist church every Sunday where there was like a bloody Jesus and a dude with snakes. And? He still killed a church full of people with a bomb. Are we supposed to be okay with that?

There are about twenty-seven more issues to go through here, but if the entirety of the premise and one of the main characters top the list, that’s a bad sign. Now, what drove me to finish the season? Well, Biel is actually decent. I mean, she spends the majority of her screen time either crying or in some sort of terrible disarray. She’s mostly in prison or court, so is sans makeup or any kind of frills, although even in the flashbacks she’s kind of a depressing character. Her habitually ill sister is honestly the most interesting character of them all, and I almost wish they’d concentrated more on the backstory there than they actually did. Instead, we get way too much about this silly drug dealer boyfriend and some stupid shit that the writers claim is the cause of her trauma.

Anyway, maybe I’m just too much of a jaded television watcher at this point. Because, as I said, other folks who saw this seemed to really like it. I didn’t totally hate it, and felt compelled to see it through, but was ultimately let down by some tropes and some nonsense that better writers or better source material might have been able to save.