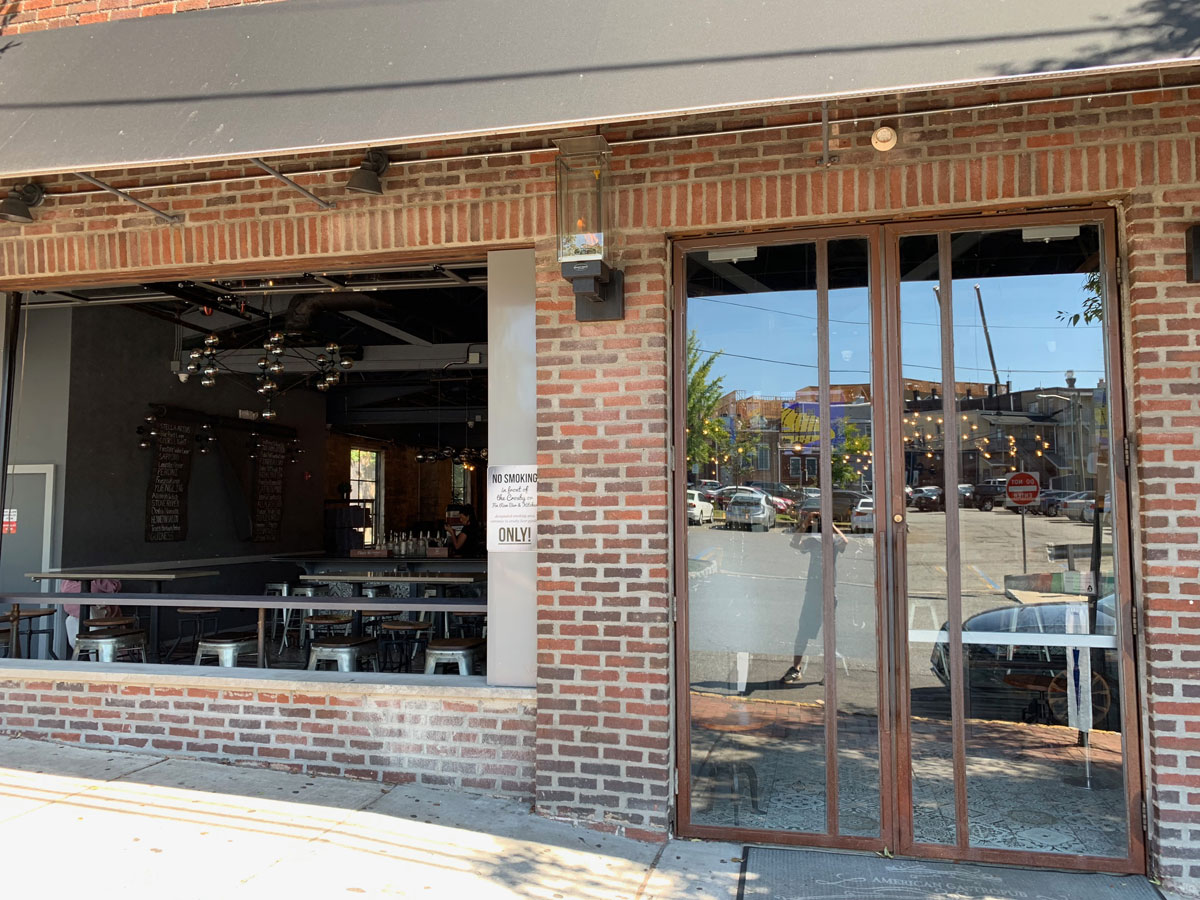 The first time we came to The Crosby was on a sunny Friday afternoon when it first opened. It was incredibly pleasant. And we learned what a frozé was from a very annoyed bartender who was way more psyched to make my Manhattan than he was what he called the worst invention ever to be fucking barfed up by a human being (or something like that). I think Ms. Hipster was curious, but was a little too frightened after that to order one.

Anyway, we sat in the modern-ish gastro pub space at the large, square front bar and enjoyed a couple drinks in a chill atmosphere. There were definitely tinges of “Jersey” around the edges (including the barmaids) because, well, it’s Jersey. But it was definitely a higher class establishment that seemed relatively adult at 5PM on a Friday early on in its life.

We ended up going back for happy hour again a couple months later. Same relative vibe. And then did dinner there. The food was best described as a little weird. (Though their menu looks to have changed since, going heavy on an Italian steakhouse flavor.) And there was a party in the back with some loud-ass children. Who brings kids to a bar? These people. They sucked. The eating experience wasn’t wholly unpleasant, but it didn’t necessitate a second visit.

So, I left my few interactions with The Crosby with generally positive feelings. And I thought everyone else would think the same. Until it started showing up in the police blotter. And in the annoying town Facebook groups. Apparently this joint turns considerably once the party hour hits. And they get the equivalent of bridge and tunnel assholes in a bridge and tunnel town.

I really have to come up with a better term for them. Parkway Putzes? Garden State Goons? NJ Millennial Shitheels? I don’t know what to call them, but apparently this place turns into A Night at the Roxbury at some point in the night. Fights ensued. Property damage. Noise complaints. Drug having and taking. All the shit I’m sure the owners feared but hoped wouldn’t come to their classy joint.

So since hearing this is what this nicely decorated, seemingly chill, seemingly cool addition to the neighborhood becomes — the Mr. Hyde to my Dr .Jekyll experience — I’ve stayed away. After all, other places that don’t become douche pits, like Pharmacie and Faubourg, have come about to steal some of its thunder. And that’s just fine, my Passaic County Painsintheass. I’ll continue to work on that…