So we were at the ghetto-ass toy store near our house, and we ran across these awful dolls. I had a hard time believing they were real. It seems like some cosmic joke being played on us by some bizarro right-wing Christian freakshow. I think the idea is to show different kinds of teens from around America in the form of some awful sterotype that doesn’t actually exist on this planet. Presumably some redneck kid from Iowa (like the Daniel doll below) can pick up a Travis doll and know what a rich kid looks like. I guess.

So from the best I can tell, we have the following: 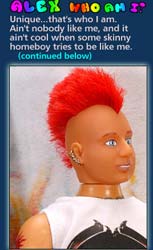 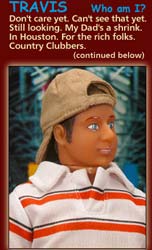 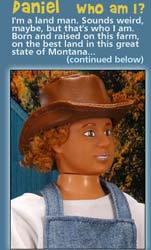 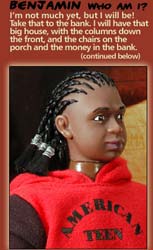 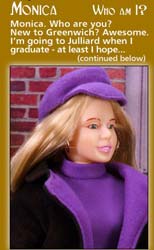 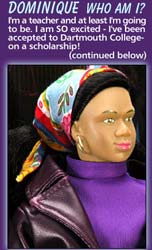 I’m truly trying to figure out who these things are supposed to be for. Imagine if you came home with an Anothony doll for your kid. “Yeah, dad, I wanna be like Tony! He’s so excited to get out of high school and, and, and do, well, do something. He’s got really big hair!”