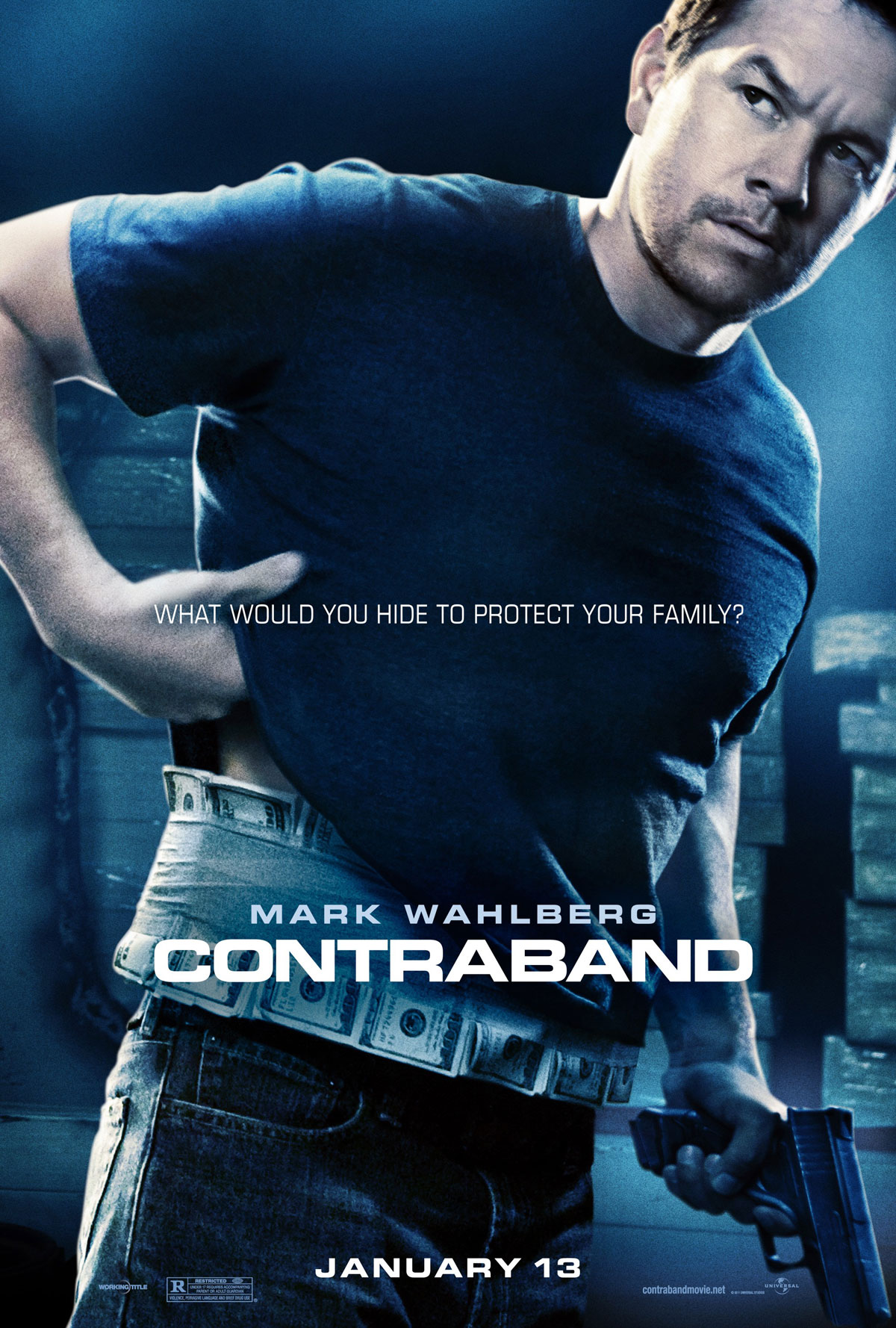 If you, like me, had a strong sense of déjà vu watching the first 15 minutes of this film, you’ll know that the feeling of being a crazy person isn’t unwarranted. Because this film, like the millions before it, involves a man — in this case Mark Wahlberg — who once led a life of crime, but is now an upstanding member of society, who, because of his loyalty to a dipshit or two, gets sucked back into his old life of crime for “one more job.” And, again, if this sounds familiar, it’s because this plot device has been used more than the tried and true “let’s get a some misfits together to win a race or a tournament or a contest in order to save an old age home/an orphanage/a rec center/a family business/etc. from the threat of progress.”

And, let me tell you, you shouldn’t be calling on Marky Mark if you’re looking to put some spice in an old, tired formula. The guy acts like I golf. And I don’t golf. But I guess there’s always Kate Beckinsale. She’s a bit wasted in this role as Wahlberg’s wife and the sister of the aforementioned dipshit who gets Mark back into the game, but her time on screen at least caused me to look up from my laptop for long enough to catch snippets of the “plot” as they plodded by. So Wahlberg’s crime of choice in this fine film is smuggling. Thus Contraband. Deep, right? And, boy, is he a darn good smuggler. He’s like the LeBron James of smuggling. Like he’s a man, and all the rest are boys. He’s dunking and they’re just dribbling. You get the idea; he’s awesome at bringing stuff on boats from one place to another undetected.

So he, of course, gets all wrapped up in this one last smuggling job, leaving his beautiful wife in the hands of a trusted friend and kind of just plain leaving her in he path of all the psychopaths — including the continuously over-acting kingpin, Giovanni Ribisi — who he’s having to do this job for in the first place. And about Ribisi: he was fun when he was on TV as the weird brother or stressed out ex-con, but ultimately he’s just a wiry, little man who mumbles like he has a wad of cow tongue in this cheek. He’s Brad Pitt from Kalifornia — but like all the time. It’s not scary, but rather laughable. Psychos need to be big and brawny and look like they’d tear your heart out with their teeth. He seems like he’s just looking for a fix and a couch to crash on.

So, anyway, Wahlberg gets in deep with counterfeiters and stuff and buys stuff and stashes stuff and pulls David Blaine-like trickery with stuff. I believe in that lingo, it’s called “misdirection.” And everyone he loves back home is terrorized and he makes threatening phone calls and yells and stuff from boats and payphones and stuff, but nobody cares. And, get this; Wahlberg’s dad was also into running contraband! So that’s where he learned it! But dad is in prison, and his pretty wife is afraid he’ll also end up in prison, but he has to save her brother. The misery! So the trials and tribulations get a little weird for a while, but you can guess how it ends. Think Shawshank or Trading Places, but with head wounds.