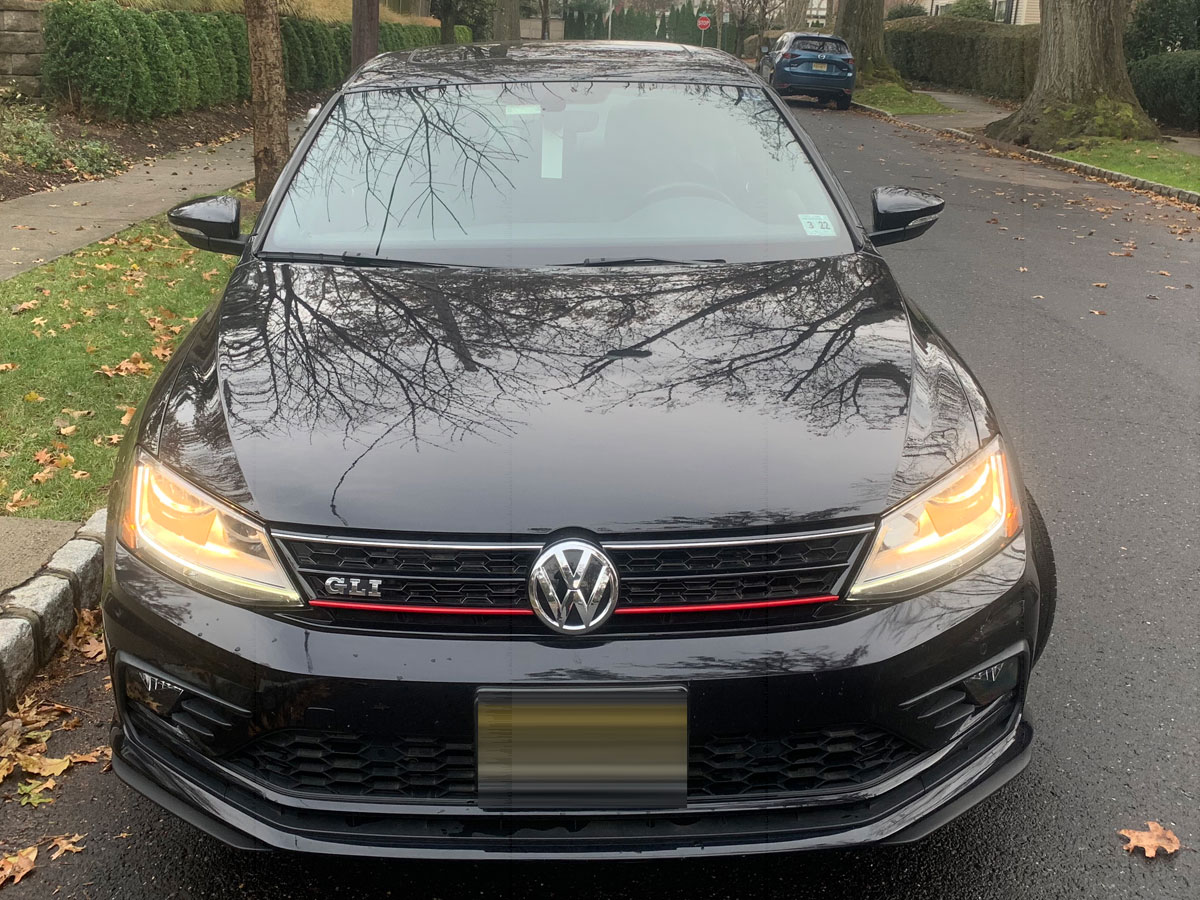 I drove a large SUV for about eleven years. But the day came to say goodbye to the Dodge Earthfucker after one too many slides through an icy intersection. It’s amazing how safety equipment like anti-lock brakes have advanced over the past decade. That, plus I felt like I deserved something more “sporty” to drive. The HEMI was nice, but I wanted something that drove like a car, not a large truck-like thing. Granted, the Earthfucker drove like a large truck-like with all-wheel drive that could peel out at from a dead stop.

So I looked around and decided that I was done with SUVs. I’m an adult male and I deserve something with some horsepower that doesn’t weigh a million pounds and maybe has some modern tech in it. Also, I’m cheap. I’ve always wanted a VW GTI, but I needed something more practical. So, voila, I decided on what amounts to a GTI sedan in the GLI. Most men my age might opt for like an Audi or BMW or something, but there’s some weird thing in me that makes me feel like I’m driving my dad’s car if I was driving something “upscale.” Despite the fact Hipster Father is 75 at this point and a nice German care is totally age-appropriate for me.

The thing is, the GLI is just a fancy Jetta. And Jettas are pretty much the cheapest car you can buy that isn’t completely embarrassing. So I have this kind of sad midlife crisis car dream. And this all went down a couple years ago before that updated the GLI for 2019 and made it even more rad.

Meanwhile I sit on YouTube watching reviews of all sorts of cars I’d love. They’re all relatively practical (no Ferraris or anything), but it seems the price of automobiles has gone up exponentially in the past five years or so. So even the Kia I’m looking at is tens of thousands of dollars more than what I paid for this GLI. A fucking Kia! Granted, it’s a Kia with 365hp.

The lease on the GLI is up in early 2020, so I’m due for another vehicle. I’m kind of stuck at this point because I can’t go back to a sluggish SUV or crossover. And anything that has some get-up-and-go is beyond what I want to spend on a vehicle I drive less than 4,000 miles a year. So, I’m sure you’ll be seeing another post about my 2020 GLI in the near future… Unless something weird and money-showering happens between now and then.