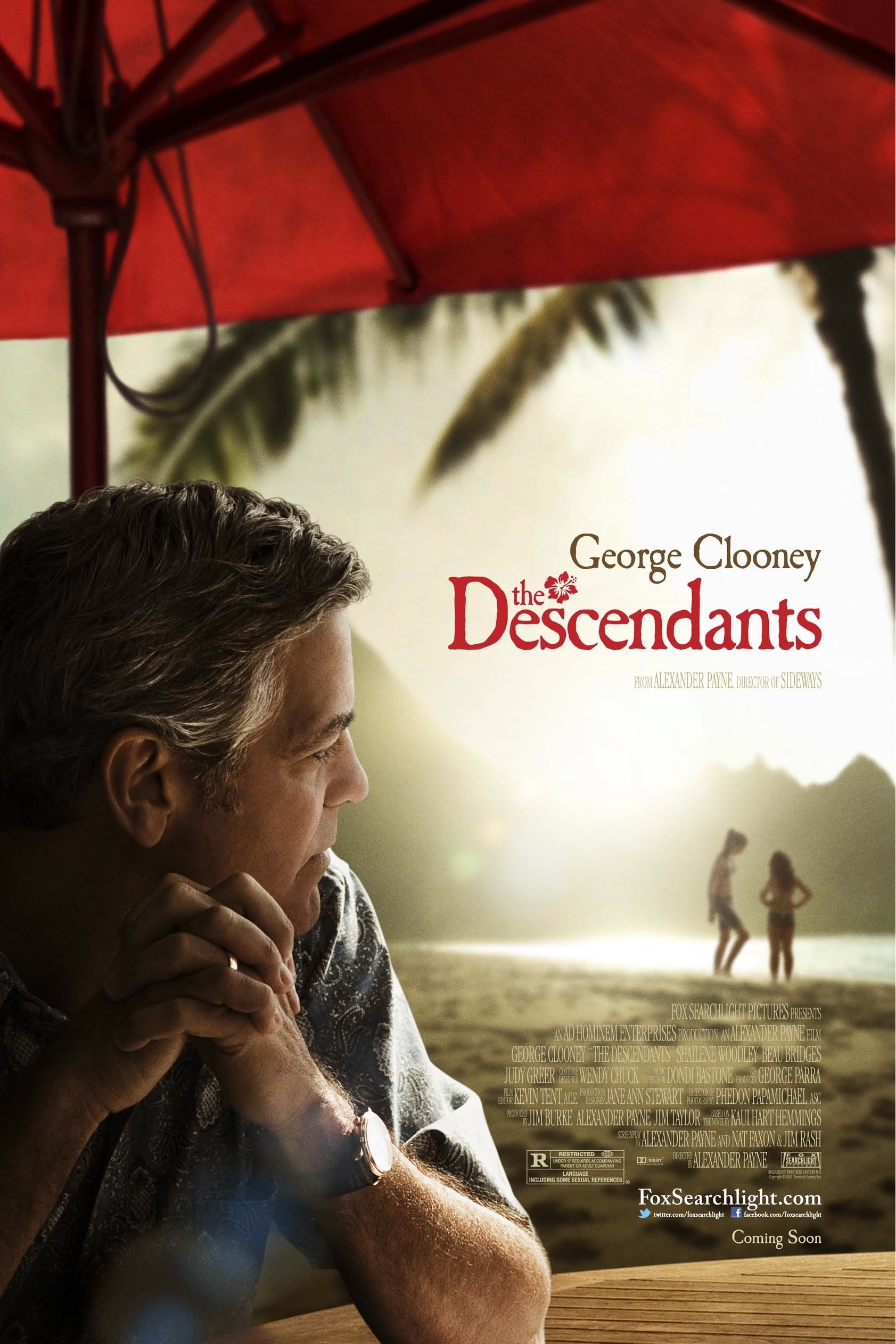 You’d think watching the trailers for this one that it was a slapstick comedy. After all, you have that clip of George Clooney running awkwardly in topsiders and some old dude awkwardly punching a younger dude in the face and a couple other wacky looking scenes that all take place on a tropical island. It practically looks like a Kevin James buddy farce.

Little do you realize then that this is a movie about a man dealing with his dying wife and keeping his family together. Bummersville. And while there are some light moments on this film, they serve only to buoy what would otherwise be an unbearably heavy movie. Though, like most of his movies, Alexander Payne doesn’t deal in absolutes or give anyone a break. Sorrow is never wholly sorrowful. Comedy is never wholly funny. Life is messy and complicated and just when you think you’ll feel one way about something or someone it throws you a curve ball.

The same goes for his characters. They are all flawed, but not in stereotypical ways. Their flaws are subtle and human and identifiable. We all recognize the emotions that the characters here experience. And even though their motivations may vary, be they selfishness, overwhelming sadness, rebellion, whatever, we understand why they are the way they are and the motivation therein. And that is a seriously difficult art; making characters’ reactions real and their motivations clear. Part of that is acting, of course, but most of it is writing and direction. And despite not ever begin able to divorce George Clooney from being George Clooney, he really poured himself into the part of the resigned husband and father who starts off confounded by his own daughters in the wake of his wife’s incapacitating accident.

Really the arc here is watching Clooney’s character become a father and head of the family. Watching him learning, as that person, to do the right thing despite overwhelming impetus to do the wrong thing. We see him faced with several life altering decisions and watch as he understands the impact he can and will have in the lives of others. It’s not to say his character wasn’t already a responsible guy, but his shift in perspective from going out and earning a living to support his family unit, to being in charge of his enormous family trust and his actual family’s well being beyond just being the guy who put money in the bank is a very subtle and profound difference. It comes down to making decisions and choices as a father and head of a family. It’s simple to do what you’re supposed to do without much thought. You go out and earn to keep your family happy and clothes. You manage your trust based on what makes sense financially. But what lies beyond. What are the deeper considerations there? What does it mean to turn off the auto-pilot on your life and have to take the yoke and actually steer? This is the real challenge Clooney’s character faces. And watching his move from this kind of blank slate to a full-blown man of conviction is a pretty nice study in movie making.