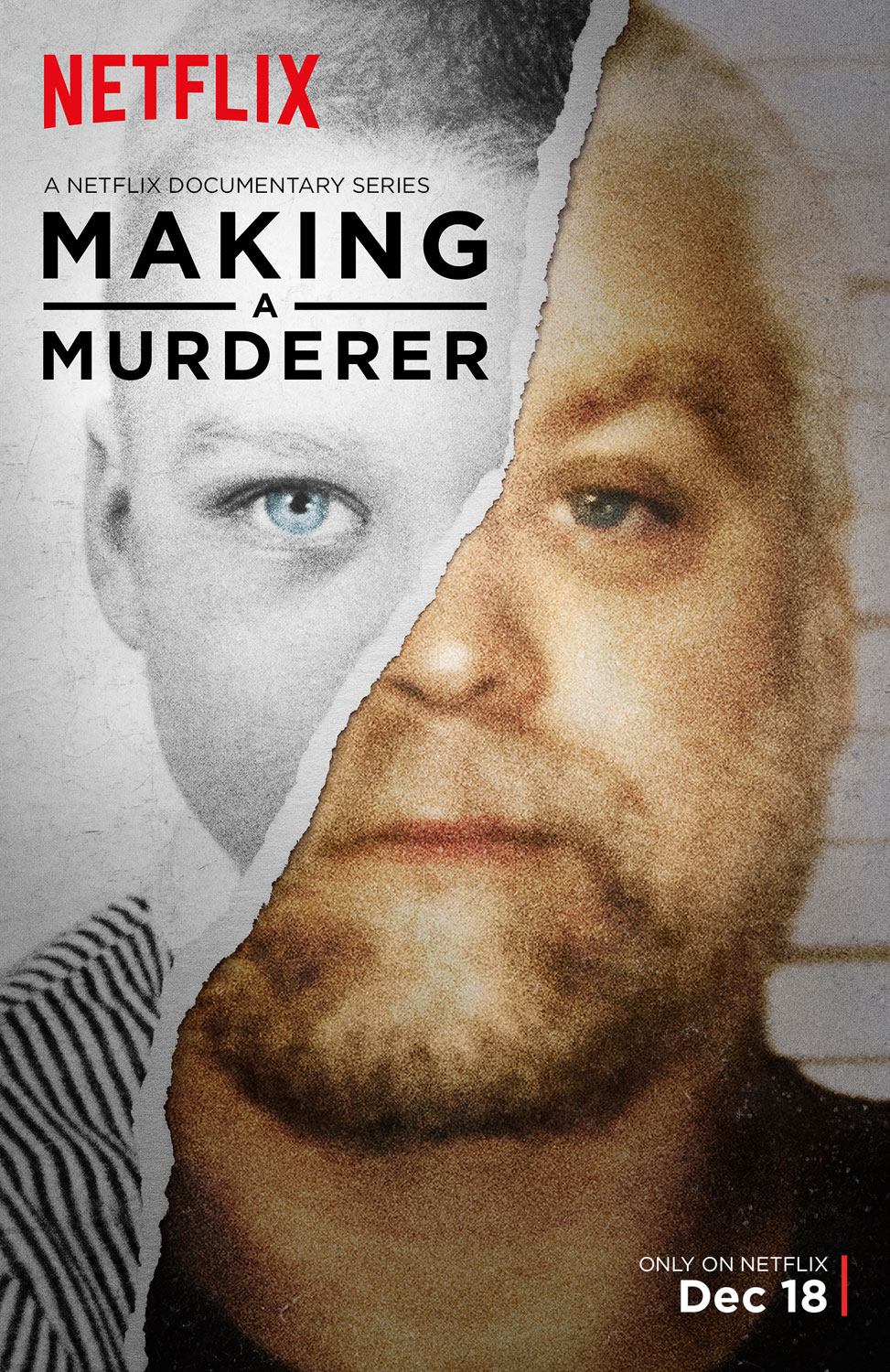 Documentaries are always a little dicey. They generally purport to be even-handed and non-biased about the facts. But these things always come with a point of view and, usually, a point to make. The greatest example of this, of course, is anything by Michael Moore. Do you think he was going to discover during his research that oil companies are, in fact, benevolent organizations just in business for the betterment of the human condition? Or that guns are the end-all, be-all in the war to stave off a tyrannical and out-of-control government? No, of course not. And so goes the case of Steven Avery, the man at the center of Making a Murderer. I mean, the bias is right there in the title (which is, of course, intentional). It infers that you can take an innocent man and build a case around him to make that innocent man into a murderer. Through local bias, police corruption and what seems like at times to be morons dripping from the woodwork, that certainly looks on the surface to be what’s going on here. But, honestly, who the hell knows what’s what when the story is mostly told in the editing room?

The quick story is that there’s this guy, Steven Avery. He’s not a bright dude. His family is what Hipster In-Laws refer to as “pukies.” You know, those people in town who everyone kind of looks at and feels a mixture of disgust, shame and embarrassment for. In this case, the Averys own a giant auto-salvage yard and live on the edge of town amongst what is essentially a couple acres of rusting junk. I guess in Wisconsin this makes you a pukie. Granted, the rest of the folks from town weren’t exactly The Carringtons, if you know what I’m sayin’. Anyway, Steven, as I mentioned, is not a rocket scientist by any stretch, and in his youth had his run-ins with the law. Never anything serious, mind you, but he did somehow end up throwing a cat into a fire. What can I say, the man loves fire. But hates cats? So here’s this stupid dude who comes from the “bad” family and is known by law enforcement and then one day when he’s around 23 or so a woman in town is raped. It’s a woman who’s like in the Junior League and passes out bibles at church and all the stuff that makes nice white ladies nice white ladies. So lacking a single black person anywhere in the county, they immediately liked Steven for the crime. Why not, the guy once stole a case of soda from a bar! He was just a convenient (and stupid) suspect, so they arrested him, charged him and jailed him. And then 18 years later, he was exonerated due to new DNA evidence that he, as he’d been claiming the whole time, was not the rapist. Whoops.

Long story short, he sues the county and the police department and all sorts of other complicated monetary nonsense. And all the people who put him away for the rape are called to testify and they all end up looking pretty idiotic to the community and to the county and just end up looking completely inept So, yes, they’re pissed at the dude. And then, lucky for the cops, a young woman disappears. And who is the last person to supposedly see her alive? Steven Avery! How absolutely convenient that is for a police force embroiled in lawsuits and career-wrecking situations all related to this guy who may now be more than a non-rapist. Now he’s a murderer. And this is where the story diverges and where you can take sides, or not.

On the one hand, the documentarians show us all the ludicrous things the prosecutors and attorneys and cops do in order to make Avery look guilty for what, after finding the body, becomes a murder trial. And we have the constant voice of Avery in our head from calls to his parents, calls to his girlfriends and others where he proclaims his innocence. Just like he did for the rape. Which turned out to totally be true. So is the inference here that he is also innocent of this crime? Not so fast. And this is something that I didn’t even think about while watching the show’s ten episodes. Are we being led to believe that Avery is totally innocent of murdering this young woman who came to his property to take a photo of one of his vehicles for AutoTrader, or are we meant to be neutral about his innocence, but clear on the fact that the aforementioned army of people conspiring against him are maybe just piling on evidence, real or imagined, in order to make sure that a guilty man is found guilty? I think, after giving it some thought, that the latter is really the story here. It gives the documentarians the illusion of being unbiased, but still directs your attention to the inequalities faced by the lowest folks on the totem pole in society when it comes to justice. Steven Avery may well have murdered this woman. There’s never been another theory espoused (though the motivation and method is seriously in question, made about zero sense and shifted on a day-by-day basis) and another suspect is never really brought forth. What is pretty clear is that there was some super-shady behavior undertaken by just about everyone on the other side of the case from Steven. Even Avery’s attorneys in the show’s wrap-up weren’t quite sure if he’d actually done it, but were sure that just about everything about the case was really, really fucked up. So they’ve in essence shielded themselves from the bias about wether or not Avery is innocent, but have shone a light on the weighted process that all goes to those with means. At least that’s how they’ve set things up for their plausible deniability.

So why is everyone talking about this thing? Well, because it makes for good television. There are bad guys. Bad guys who are smarmy and take advantage of people like Steven and others that have sub-70 IQs (though, somehow, Steven seems to grow smarter over the 10-year period he’s in jail) and they make you shout at your TV and wonder how these bad guys can get away with the absolute crap they’re slinging. It makes those of us in major cities feel superior. It make those of us with educations and office jobs think that something like this could never happen to us. And that the court system could never let us down the way it clearly let Avery down, guilty or not. That’s called relief. Or worry. But, really, it’s guilt. His attorneys, in their BMWs (he used some of the money from his settlement to pay for lawyers a cut above what he’d normally get), serve as our surrogates in this situation. Interviewed on camera they wonder aloud how the hell some of these things could be deemed okay. Dumb-as-stumps minors being grilled by police for hours without parents or attorneys and tricked into all sorts of stuff, dangerous attorneys who give said minors such bad advice that it is in and of itself criminal. Prosecutorial misconduct so egregious that you just want to reach through the screen and strangle dudes. And lots of mustaches and funny accents.

It’ll be interesting to see if any of this affects Avery’s status. I doubt it will, but stranger things have happened. Either way, we have a pretty damn entertaining series that will end up being his legacy — or his epitaph.