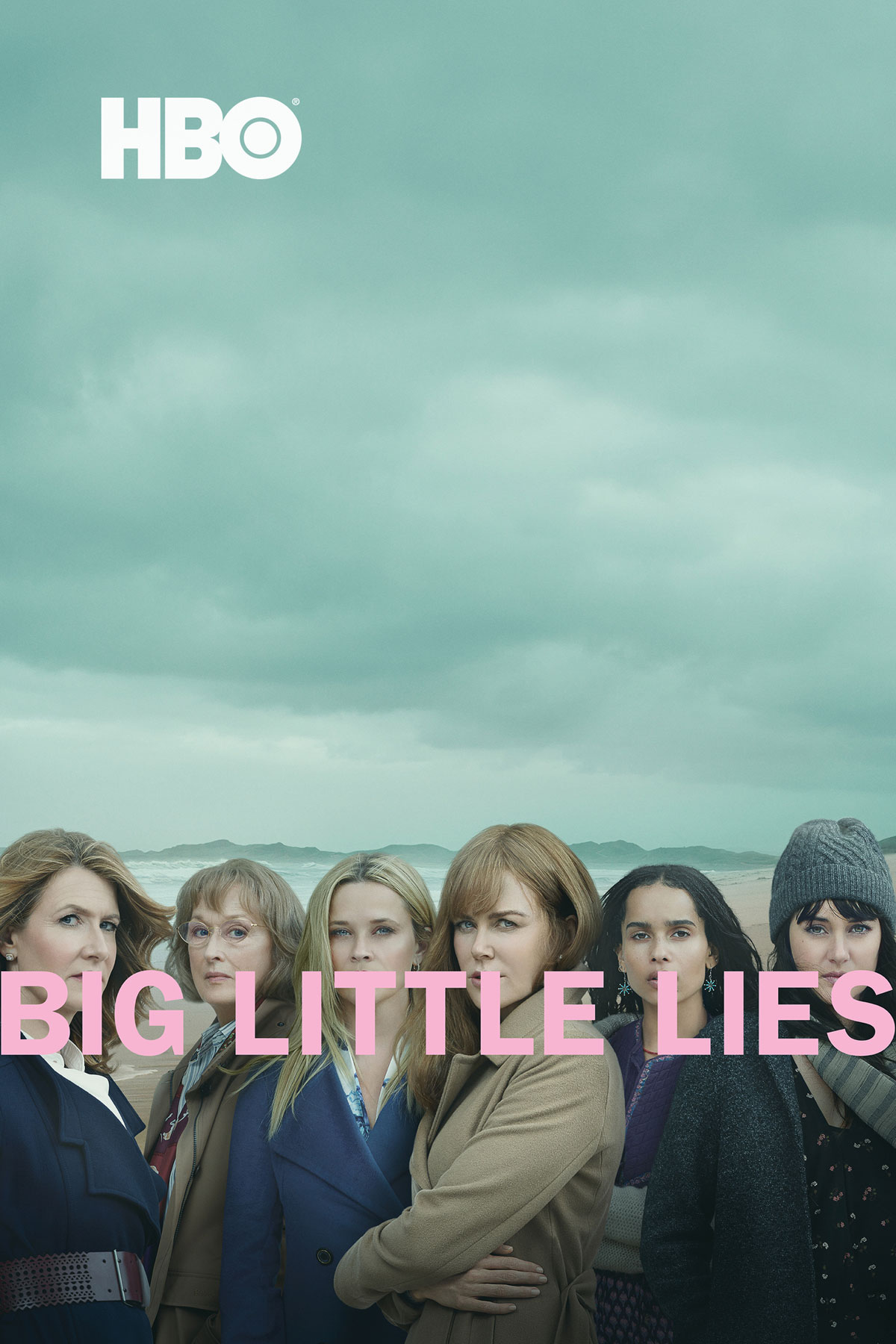 If there was ever a second season of television that didn’t need to be made, Big Little Lies was it. It’s a shame, really, as the cast is immaculate and the show itself very high-quality and well made. Damning with faint praise, I know, but after a successful first season of television I think most people came in with a lot of hesitance and squinting nervousness this time around. Like most everyone else, I assumed that this first season would be the only one. Both since it’s based on source material that is exhausted by the end of season one, and the fact the series seemed to tell a complete story. It wasn’t wholly satisfying, but it was complete as much as anything could be.

The cast in season two is generally unchanged with the exception of the addition of Meryl Streep. She’s this little-known actress who you might have seen in the Roseanne Barr vehicle, She-Devil and the Goldie Hawn laugher, Death Becomes Her. I think this Streep gal has a future!

So how do you advance a story that seemingly has nothing else to say? You lean into the characters. At least the better ones. And you kind of sideline the ones that play no critical part or don’t really fit into the narrative, or the writers are less interested in writing for. The big losers on this front are Shailene Woodley and Zoë Kravitz. Woodley just needed to be there in season one to be the outsider on whom the mystery balanced. She was more of a plot point than a character and that showed in this season where she had little to do and even less to care about. Kravitz, though, was the real casualty. She spent the whole season moping and wandering around staring into space. Her storyline with her mother (and her magical whatever) was nonsensical and verging on offensive. Poor woman.

The rest of the cast was pretty much set up as foils to powerhouse Streep. It’s like a kung fu movie where they all run at her one at a time and she throws verbal punches at them (and receives one actual one). There are side skirmishes between Laura Dern and her husband, Witherspoon and Adam Scott and then a cross-over of Adam Scott vs. Dern’s husband. But mostly they live in Streep’s universe and attempt to scale her heights.

[Spoilers here of season one.] Streep plays abusive (and dead) shithead Alexander Skarsgård’s mom. She’s in town to find out what the hell happened to her son. We know what happened to him and who did it, but it still perplexes me why they don’t all fess up. The dude was a wife-beater, rapist and general terrible person, so it stands to reason that killing him in self-defense would be pretty provable. So this plot point that all these women share this terrible secret is kind of stupid. I understand they lied in the moment and that’s an issue, but they have the dude on video being abusive and horrible and have eyewitnesses of him kicking the shit out of Kidman in the moment before he was shoved down the stairs. Now the ladies not only have the detective trying to dig into their story that he fell down the stairs (and wasn’t pushed), but his crazy mom. She’s a way better detective than the actual detective, by the way. Which is a pretty low bar considering how completely ineffectual and poorly written the detective character is.

But, let’s not kid ourselves. We’re not here for plots. We’re here to watch Laura Dern be an awful person and push her performance right to the edge of overacting, but just kill it in every scene. She’s a giant, spindly tornado of crazy, and it’s fun as hell to watch. We’re here to see Witherspoon and her tiny self go toe to toe with normal-sized humans. Kidman is a good actress, but her downcast part in this gets buried by the louder, more garish roles. Sad, vindictive Adam Scott is also a joy. But Streep is, of course, the killer. They write her some amazing lines, subtle (but not so subtle) digs that she delivers with perfect timber and control. With her weird, fake teeth, grandma glasses and anti-style, she is the perfect amalgamation of understated and slyly cutting. The woman can do no wrong. Her and her sick burns.

The thing is, is it worth putting forth a season of television just to watch some fun scenes of Laura Dern throwing a tantrum? Or Meryl and Reese in a snarkfest? Or Adam Scott delivering the perfect sarcastic insult? It is in those small moments. But as a whole, this was a mess of a season of television. The plot and subplots were mostly boring and/or ridiculous. I mean, yay, a custody battle! Many scenes of a mope sitting in a hospital room with a comatose woman whom we met two seconds ago and serves no discernible purpose. As far as soap operas go, this one was not soapy enough. Go big or go home. We don’t live to see longing looks. We want yelling and throwing shit. We want tête-à-têtes between acting titans. We got a little bit of that, but not enough. Too much of that dude from Big Love sheepishly pursuing Woodley and not enough Dern-on-Streep violence.