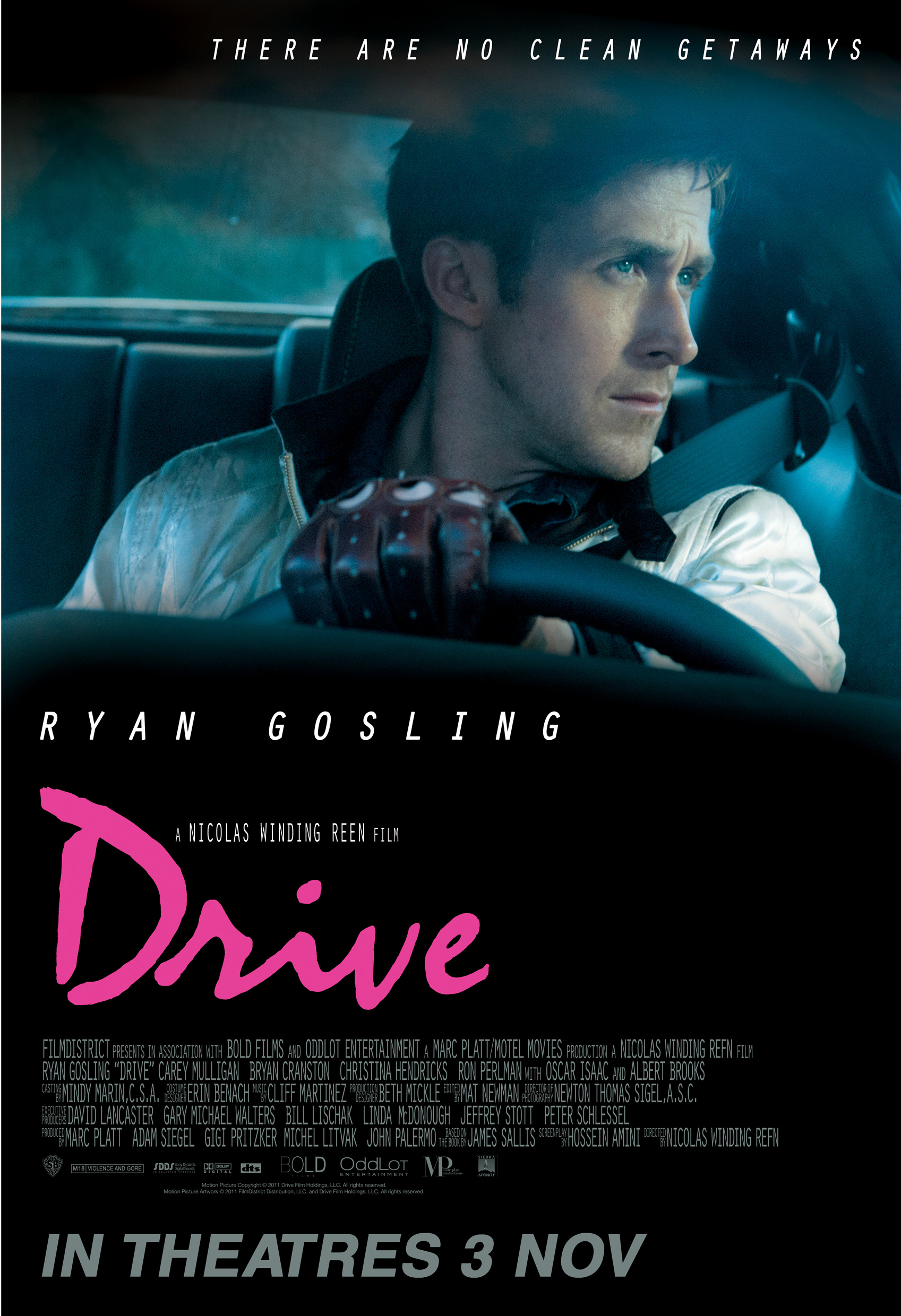 There are so many what-the-fuck moments in this movie it’s almost impossible to count. Not since, I don’t know, Pulp Fiction, have I been so mesmerized by the bizarreness and awesomeness going on in front of me. That’s not to say the two movies are similar — this one being more Reservoir Dogs than Pulp Fiction, but there are equal amounts of shock and just way out there things going on that it just automatically popped into my head.

Unlike most Tarantino movies, though, there is very little dialogue in this movie delivered by the main characters. Instead we see scene after scene of Ryan Gosling driving, all shot at extreme low angles inside his car, Ryan Gosling staring longingly at Carey Mulligan, Ryan Gosling staring lovingly at Carey Mulligan’s son and Ryan Gosling sitting in parked cars waiting for action to happen elsewhere. Lots and lots of lingering shots of Ryan. And all set to the most bizarre 80s synth pop you’ve ever heard. The first time the music swelled the entire theater tittered as its absolute strangeness. Granted we should have been alerted by the pink script credits, a la Cocktail, or some lost John Hughes teen film. The incongruous nature of the girly 80s font, 80s music and weirdo 80s European camera angles set off against the ultra violence splattered across the screen made the whole thing just feel wrong the entire time. But wrong in the best and most entertaining way.

The movie also seemed Tarantino-like in its clear attempt to feel like a vague genre film of some sort, as well as featuring the absurd characters and their affectations. For instance, Ryan Gosling wears this gold satin jacket with a scorpion on back the entire movie. It didn’t seem to matter if it was warm or cold or if it was splashed with blood and he was walking through public areas. The thing never left his body. What the hell? And just the pure unadulterated cool violence that involved shotgun blasts to the head, stomped heads, stabbings, drownings (by a vaguely Michael Myers-like version of Gosling) and even a fork to the eye. All of which the characters seem to deliver with a quiet calm that would otherwise be silly if it didn’t feel like we were watching some kind of ode to some obscure Japanese genre film – or some other kind of genre that only geeks and Tarantino seem to have heard of. This probably isn’t the case at all, just a feeling it puts out there.

But honestly the weirdest thing about the movie were the incredibly uncomfortable Family Guy-like silences I alluded to up top. There’s a scene where Gosling and Mulligan look at each other, unmoving, for so long, it honestly felt like maybe the film reel had reached its end and was about to be incinerated if the projectionist didn’t change it. You just don’t see dead space like that in movies these days. No word. No action. Just two people showing an intense connection by staring at one another for a good 90 seconds. And this isn’t the only time this happens in the film. It got to be so uncomfortable that the audience actually started laughing. What else was there to do? It was just so unexpected and odd that I couldn’t help but be endeared to the thing.

The plot itself isn’t unlike some of the Tarantino, Tarantino-ish or general heist movies. Basically you have this guy, Gosling, who supplements his day job as a mechanic and occasional stunt driver for the movies by playing get-away driver for heists. He meets Mulligan, who happens to be his next-door neighbor, and at the same time he meets her, he enters into a legit venture that will give him the ability to go straight. So he’s well on his way to getting out of the life when circumstances pull him in for one last job. Yes, it is so amazingly like the plot of almost every heist movie (see Heist, The Town,Sexy Beast, etc.) that I’ve slammed for being exactly the same, but this one is much more subtle and low key about the decision that goes into it that I’ll cut it some slack. And, of course, the last job goes horribly awry and all the plans to go straight go right in the shitter and things spiral out of control. The plot actually has some weird red herrings and kind of sputters in places, but it’s all done with such amazing style that I can’t fault them for using a tried and true formula as a base.