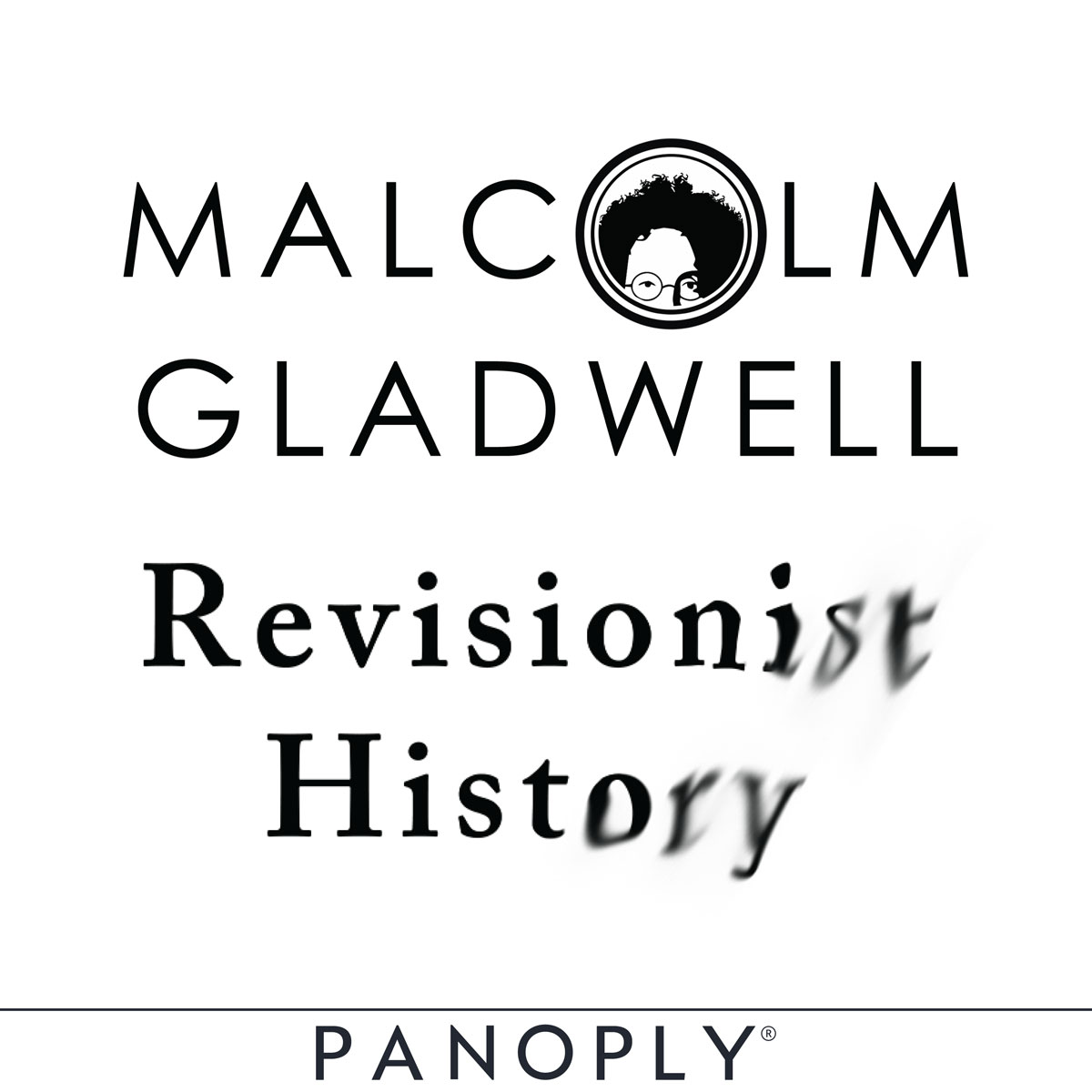 I’m one of those people who interacted very little with Malcolm Gladwell’s work. I didn’t read any of those books I’m sure I’m supposed to read. I didn’t read any of his articles, and never went to the 92nd Street Y to hear him speak. I have no idea if this last thing is even a thing, but I lived a couple blocks from there and never actually went there at all, but it seems like a place he might speak. My point is that I came in cold to his podcast, Revisionist History, only finding it because season one was advertised to death on the Slate podcast network back in the day, which had a couple podcasts I enjoyed (but no longer listen to). This was way back in the pre-Trump era of the summer of ’16.

The general theme of the podcast is relatively simple, but nuanced. Which I guess is kind of Gladwell’s schtick. Each one of the episodes in the three ten-episode seasons explores something from history that we thought we understood, but its effects are actually quite different than common wisdom says they are. Now, I’ve listened to enough podcasts that try to stick to themes to know that it’s really, really hard to do 30 episodes of anything, let alone doing it while adhering to the strict guidelines of a pretty narrow theme. Gladwell does definitely give it his best, but it’s like saying “tree” over and over again: on the fifteenth repetition, the word loses its meaning. So, as I listened to each pod, I tried to apply this theme to it, but even as I thought about it, the thing just kind of floated away. That all said, Gladwell is clearly a very smart, very dedicated guy who has gone all in on the pod. He is genuinely interested in his subject matter and attacks it in an entertaining way that brings energy and a unique perspective that helps it avoid the whispered, dryness of your typical academic PBS thing.

One of the most memorable episodes for me from season one was the one about why sometimes people refuse to accept ideas that are clearly the smart/right thing for irrational reasons. As the example he outlined how Rick Barry shot free throws underhanded, which gave the highest free throw percentage in NBA history. He brought it to Wilt Chamberlain, who was awesome, but terrible at free throws. Chamberlain tried it and it worked. But he soon rejected it, despite it filling out his game and making him the best all-around player in the game, just because he thought it was not masculine — or something. And another pod about how colleges spend their annual budgets. He uses two colleges with similar budgets (Vassar & Bowdoin) to illustrate how some colleges invest in high-end chefs and food programs in order to attract students (our food is gourmet and awesome!) while others use that money to help fund tuitions for disadvantaged students in order to provide for a more diverse student body. So you end up with a college (Bowdoin) that has awesome food service, but a less-diverse, wealthier student body (who may, technically, be less qualified academically) and a college (Vassar) that has, by all accounts, shitty food, but a student body that is drawn from the most qualified students regardless of their ability to pay full fare. Super-interesting stuff.

Season two has an episode quite literally close to my heart. Gladwell stood out on the street about two blocks from the house I grew up in outside the Brentwood Country Club to talk about golf courses and how the economics work around cordoning off these large chunks of real estate in some of the most expensive areas of Los Angeles (and other places) and how they avoid paying what should be like a billion dollars a year in taxes. There was one about Winston Churchill and his political relationship with this dude, Lord Cherwell, that was actually really fascinating. And one about McDonald’s switching away from using beef fat in their fries because of cholesterol concerns, which leads into a discussion about how the history of saturated fats and oils was actually upside-down. Which then led to a personal story about the man’s son behind the study. Again, very interesting stuff.

Season three had a two-episode arc about the fallibility of memory using the prime example of Brian Williams and his career-crushing untruth. There’s also an episode about the how “pulling the goalie” has been statistically misused in almost every instance. It’s a math-related one that is also a sports one, which is pretty darn cool.

There are obviously a ton more examples of Gladwell’s stories and anecdotes, but these are some of the ones I recall best. And that’s the thing with him. He’s honestly a little all over the place sometimes. He kind of follows little avenues that cul de sac and don’t make their way back to the main point. And he’ll kind of follow an idea off thinking it’ll turn into something, but it ends up being something totally different. Which I suppose is in and of itself one of the more engaging things about his narratives. So even when he does kind of wind himself away from the main theme of the podcast, and even the episode itself, there are always a few nuggets in every pod that make you think. Something enlightening that you take from it and share with others. Or just keep to yourself. Regardless, I get, after listening to the series, why people enjoy him. He’s unpretentious even when talking about pretty pretentious stuff. He talks about things that there’s no way any of us would ever think about and somehow make us care almost to the point he does. And even when he doesn’t 100% succeed, he leaves us with something cool to mull over.