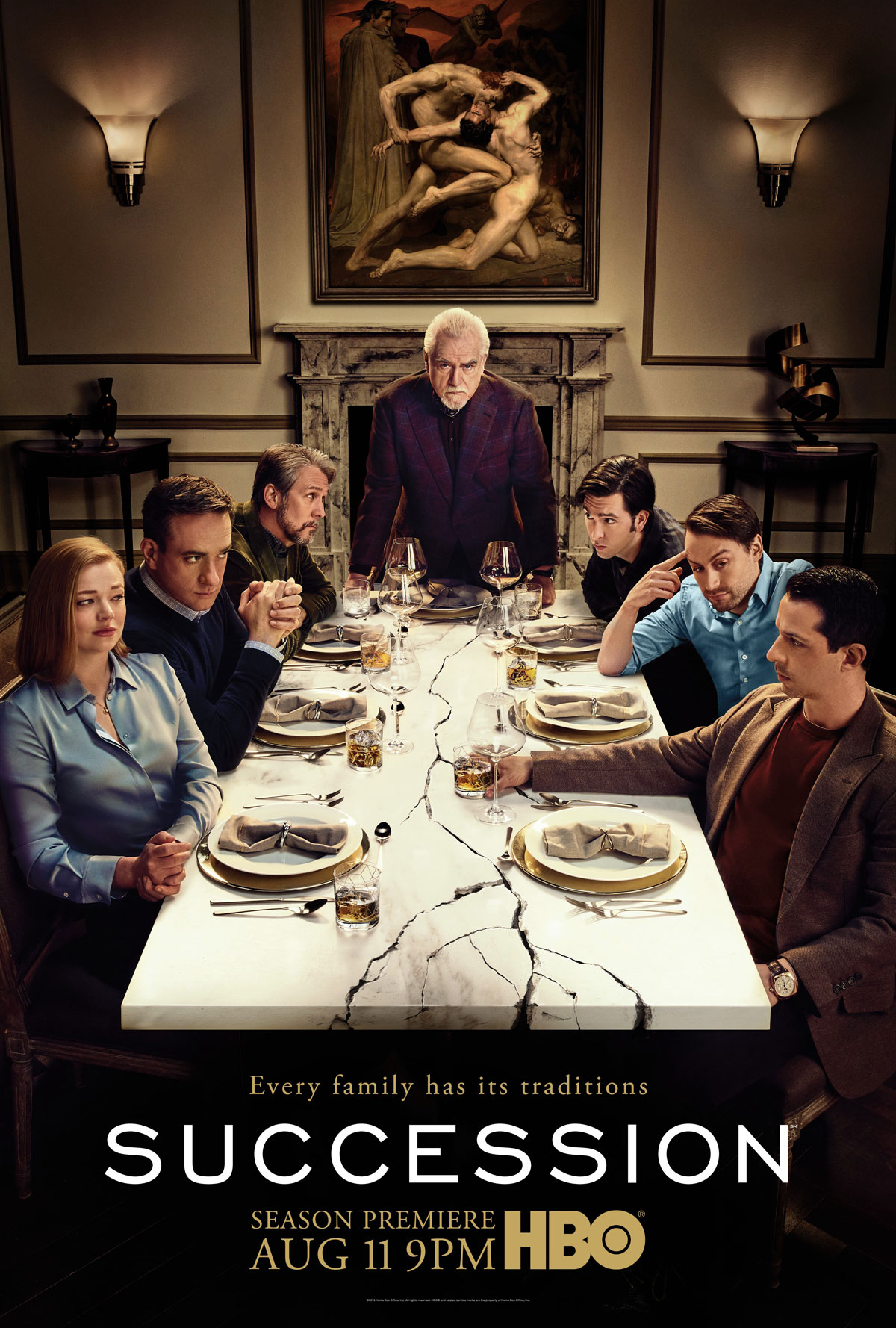 Succession is a very 2019 kind of show. Rich assholes being rich assholes just because they’re rich assholes. Are they the smartest? Nope. Are they sophisticated and classy? Absolutely not. Are their politics sound? Are they woke? You know they aren’t. But, fuck, they’re funny and entertaining. And so is the show on which they strut their stuff.

Seeing Season 2 of Succession without seeing Season 1 of Succession is like seeing Return of the Jedi without seeing A New Hope. Yeah, just like that. The thing is the show is filled with tauntauns and wampas and other fantastical creatures of sorts that are both fascinating and also kind of scary. And you can slice ’em open and crawl inside for warmth. Well, maybe not Cousin Greg. Get that kid a cheeseburger.

And for those of you who didn’t see the first season of this thing, you will be sad to know this isn’t, in fact, a sci-fi space opera set in a galaxy far, far away. Instead, it’s a dynastic soap opera about a family right here in NYC. A stand-in clan for the Murdochs of Fox infamy. Headed by patriarch, Logan Roy (Brian Cox), the kids are all varying degrees of stupid and/or horrible. And here, in season two, some are cowed, some are emboldened and others are desperate. Just like Logan likes ’em.

The plot in this season revolves around the fate of the Roy empire. There are barbarians at the gate of all different stripes. But mostly there is a what my un-financial brain tells me is a strong-armed attempt by an outside investor to take over the company by force and piles of moolah. Fighting against this is Logan and his cadre of children and advisors, all of whom seem to have ulterior motives and/or the inability to pee without wetting the front of their pants. They have brewing scandals and delicate negotiations with some damn liberals that threaten everything at all times. Stressful, to be sure.

This season is actually a bit more plot heavy than the first. We know all the family members and their proclivities. We know every scene with Tom (Matthew Macfadyen) and Cousin Greg (Braun) is gonna be funny and use the word “dick” and “balls” at least twice. We know Kendall (Jeremy Strong) is his post-murder, zombie self. And Roman (Kieran Culkin) is an immature prick with a thing for older dominant mommy types. Spoiler: he still doesn’t have sex with his hot girlfriend this season. WTF, Roman!

I can’t say this season was as cutting or as funny as last season, though it was certainly more consistent. In other words, the highs weren’t quite as high, but it maintained a high level of comedy and even some effective emotion throughout. It’s a weird thing being asked of us to root for terrible people. They do kind of force you to choose your imperfect avatar. Are you rooting for the emotionally damaged and stunted Roman? Is his cruelty just surface, but underneath he’s a caring soul? Or is it Kendall with his vacant, drugged-out stare? Is he self-medicating because he is, at heart, a good person trapped in a situation from which he can’t escape? Hell, if you will? Or maybe it’s Tom, an endlessly insecure outsider who just wants love and attention from Logan, his surrogate father and Shiv (Sarah Snook), his cold, self-absorbed wife. It’s all sadness underneath, covered with bravado and a whole lot of cussing.

Whomever you find yourself rooting for (or even if you’re not rooting for anyone), the show is endlessly entertaining. From “boar on the floor” to Tom shitting the bed in his congressional testimony, it’s a wide swath that the show makers have cut. It’s opulent and, this season, has brought more of the modern world into the picture with political and media commentary. It’s a fictionalized world that feels not all that fictional. I mean, it’s not a world I inhabit by any stretch, yet they make it feel like it could and does exist. Mega-rich people: they’re just like us. But with like more fetishes and way more cussing.