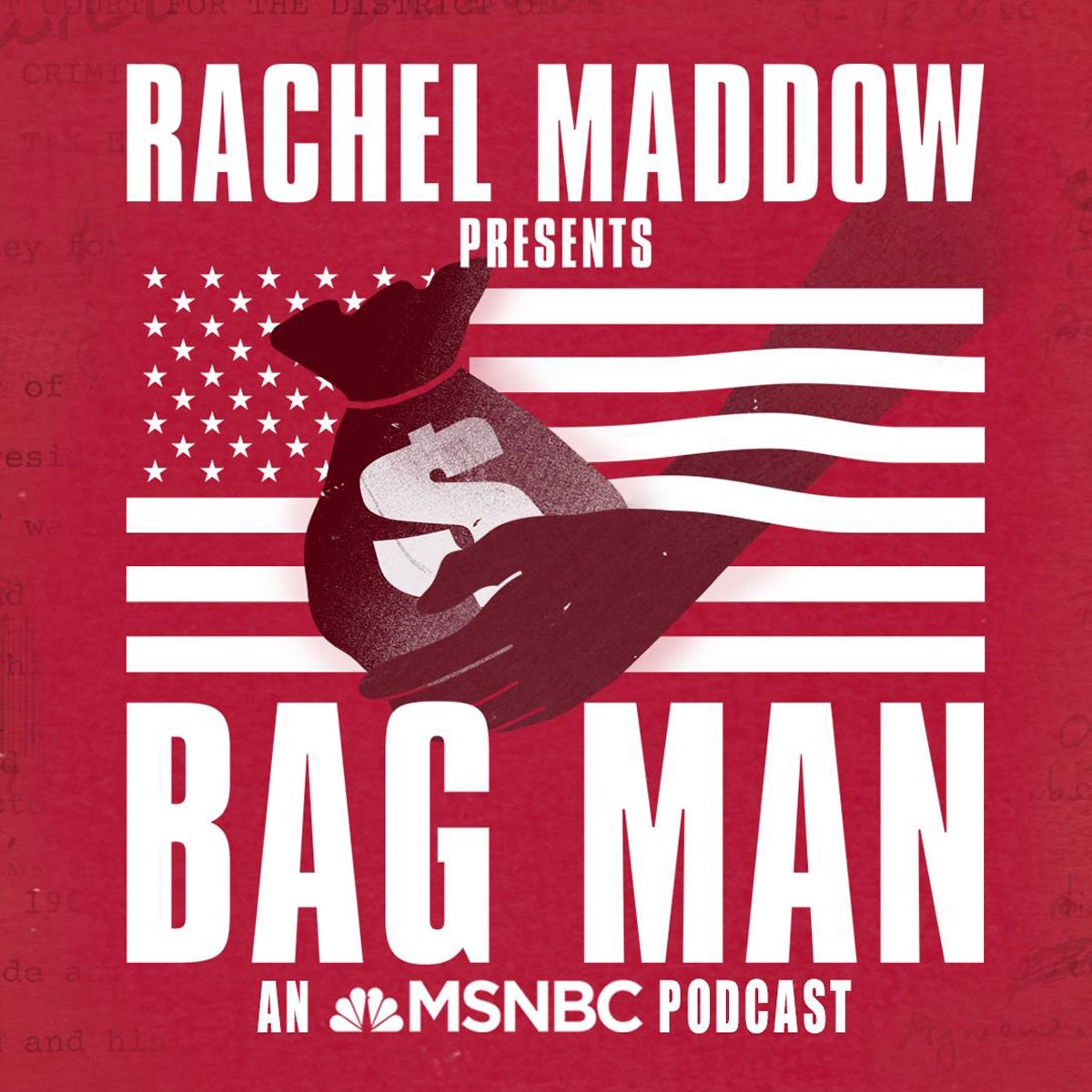 How much do you know about Spiro Agnew, a man whose name is an anagram for “O, a new sprig!” Yeah, that’s about all I knew as well. I mean besides the fact he was Nixon’s vice president and ended up in some hot water at some juncture around the time of Watergate. I always figured he was the fall guy for Nixon or that his resignation had something directly to do with Watergate or some other Nixon thing. But, nope, he was a grifter and a crook all on his own. And, luckily, where my high school history class failed me, this podcast fills in the gaps over seven episodes and shines a really fascinating light on a scandal I really had no idea about.

And who better to host a deep-ass dive into an intricate scandal than Rachel Maddow? Seriously, have you ever watched her nightly show, the appropriately named The Rachel Maddow Show? She has the longest wind-ups to her lead stories than anyone else on television. She’ll give you the entire back story of an unknown Montana congressman from the 1940s and somehow tie it in, ten minutes later, to the stupid border wall bullshit going on with Trump. I can see how that’s not everyone’s cup of tea, but the level of research and thread-pulling is always impressive to me. I’m sure she’d give a lot of credit to her staff, who are clearly really decent Googlers and Wikipedia sleuths, but this type of tale is right in her wheelhouse. Where others might focus on the main attraction, Nixon, Maddow and her crew have found a really decent parallel in Nixon’s absolutely corrupt VP.

Without going into too much detail about the crimes themselves, the title bag man is more than just a metaphor. No, seriously. Agnew had dudes bringing him sacks of cash at the fucking White House! He’s that corrupt. And even when caught red handed he went on the attack and essentially called the media reports fake and hurled insults at the judiciary and the investigators and called on his supporters to back him in his brawl. He lied and he lied some more all in the name of cash. Cash he scammed in the form of kickbacks from contractors and used to pay for women he was cheating with. I don’t think I need to go on. Just from this you can tell where it’s going.

Through some pretty startling interviews with prosecutors from the time (who were young in 1973) and documents only recently uncovered by Rachel, we get some really great insight into how these men were pressured by powerful D.C. insiders, including the former elder President Bush. (Yes, he was an “angel,” we know.) At least one of the guys even sheds tears thinking back on it and what it meant to be part of this trial that forced the person one heartbeat away from the presidency out of power. It’s a very well-produced and powerful testament to a group of altruistic law enforcement folks who put the rule of law above their own ambitions.

Anyhow, it’s amazing that something this huge in American history during my own lifetime made such a small imprint on my understanding of that era. The podcast does a really great job of distilling it down and Maddow puts her deep-dive skills to great use, including just what needs to be included and giving just the right amount of exposition to cover the drier, less compelling aspects. I took the LSAT, I didn’t end up being a lawyer, but am certainly glad others with more drive and way bigger brains than me did. It’s a story that’s 45 years old, but is a really decent lesson for today about what a small–ish group of super-dedicated, very smart individuals can do if they put their minds to it.