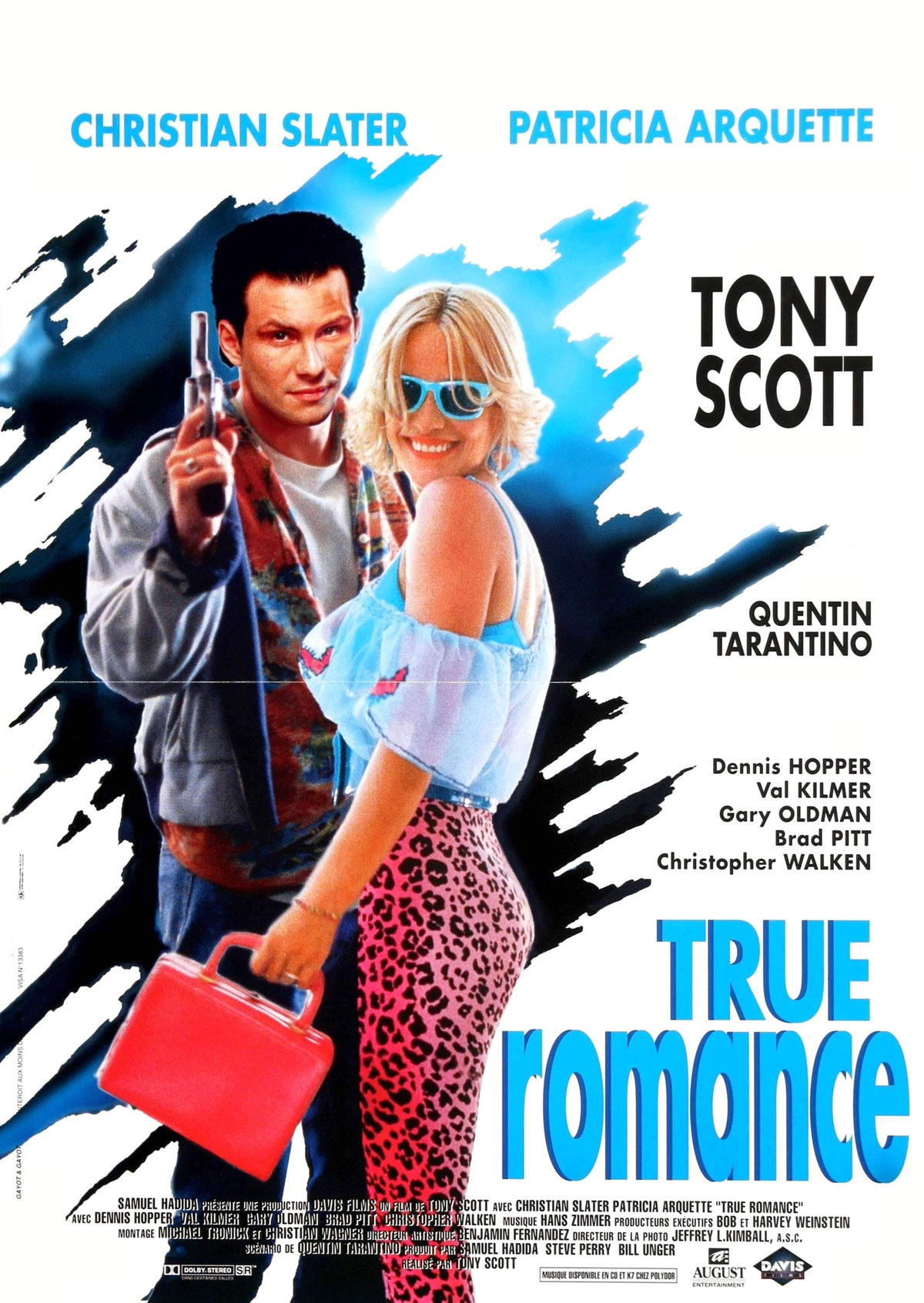 Watching True Romance in the theater back in 1993, I felt like I was experiencing a different kind of cinema. One that challenged the senses and took dialogue to a different level. It was violent and bold and almost anarchistic in its refusal to adhere to the prior era’s need to fit neatly into a box. It was chaotic and bloody and, uh, sexy. And vaguely dangerous.

In truth, I walked out of the theater pretty much convinced that this was the best movie I’d ever seen. My twenty-year-old brain was buzzing for days afterward. This was the movie I thought I’d write if I ever wrote one. I mean, who was this guy who wrote this thing? I hadn’t yet seen Reservoir Dogs and Pulp Fiction was a year away. So, writer Quentin Tarantino was just some mysterious geek to me who put the n-word in white characters’ mouths and wasn’t afraid to write scenes where Gary Oldman played a dude with braids who talked in some sort of demented islander patois. And had future Tony Soprano bust up our lead actresses face for entire second half of the film. It was insane.

And even now, on my umpteenth rewatch, it’s pretty shocking stuff. It’s almost crazy that Tony Scott, the dude who up to that point had directed movies like Top Gun, Beverly Hills Cop II and Days of Thunder agreed to direct this almost niche-feeling crime thriller. Granted, the man also directed The Hunger, Revenge and The Last Boy Scout. Which, in order, are weird, sexy and violent. So I suppose this was a culmination of his less-popular directorial choices.

True Romance, now that we’re well into the Tarantino era, is very much his movie. It’s a crime caper based on the Bonnie and Clyde tradition. There’s tons of snappy dialogue. And, like all his films, several set-piece scenes where he just really digs into the words and writes stuff that would never come out of anyone’s mouth, but just sounds cool as hell. Of course when you have 1993, peak Christian Slater you already have a leg up. Four years removed from Gleaming the Cube and Heathers, and only three years off of Pump Up the Volume, Slater was never better. And, honestly, his film career pretty much hit the skids after this movie. Peaking at 24 is a little rough, but hey, that’s Hollywood.

I didn’t remember how absolutely adorable Patricia Arquette is in this movie. I think of her as the woman from Medium and, surprisingly, an Academy Award and Emmy winning actress. She plays Alabama, a call girl who has supposedly only been on the job for three days when she meets Slater’s Clarence Worley. I imagine she tells him she’s only been on the job for three days to save his pride and whatnot, but that’s beside the fact. With her southern accent and absolute dedication to him, she jumps off the screen. And while her acting is a little dicey at times, she is an insanely engaging presence. A perfect match for Slater’s reckless bravado and clear mental deficiencies.

Like all Tarantino scripts, these two leads are surrounded by a gaggle of wonderful parts for character actors. Even Bronson Pinchot is awesome as the desperate actor/producer’s assistant! Michael Rapaport, as Clarence’s best childhood friend and struggling actor, seems like he just stumbled onto the set. He’s so natural and awkward and non-actory. Chris Penn and Tom Sizemore as the buddy cop duo are hysterical. Brad Pitt as Rapaport’s useless stoner roommate is memorable, and all he does is smoke weed out of a honey bear. And herein lies the strength of the film. When even these smaller characters are so engaging and get terrific lines it rounds out everything. And that’s not even bringing up the fact you have heavy-hitters like Christopher Walken as an Italian gangster, Gary Oldman as aforementioned affected pimp, Dennis Hopper as Clarence’s sad-sack dad and James Gandolfini as mob hitman in small, supporting roles. All of whom have their own scenes to chew in the loveliest (and often violent) kind of way.

The film itself is a great mixture of action, emotion and laughs. It’s certainly not for the squeamish, as the body count is pretty immense, including a slow-motion beating with a toilet lid, a bullet to the crotch and, of course, your Tarantino Mexican standoff that ends in tons of bloodshed. There are drugs and delusional behavior. There are characters that boarder on racist, and old kung fu movie worship. That last part isn’t anything other than another Tarantino tic. Oh, and Elvis played by Val Kilmer for some reason.

This thing felt revelatory back in ’93. And even in 2020 it holds up pretty well (though I imagine woke Twitter might feel otherwise). It definitely bubbles up some of the 70s grittiness and infuses it with some of the 80s neon. And while it was made in the 90s, it feels apart from that era. But it also kind of kickstarted the Tarantino era and all his ensemble-cast crime film mid-nineties imitators like 2 Days in the Valley, Things to Do In Denver When You’re Dead and even Get Shorty. The genre continued through the mid-2000s, with the likes of Kiss Kiss Bang Bang and In Bruges, but has obviously tailed off with the rise of superhero movies and proven IP. Shame.

In this time of uncertainty, it’s nice to have something to go back to that I know will always entertain. And will somehow always reveal new and fun details with every view. Prepare and do it. You won’t regret it.