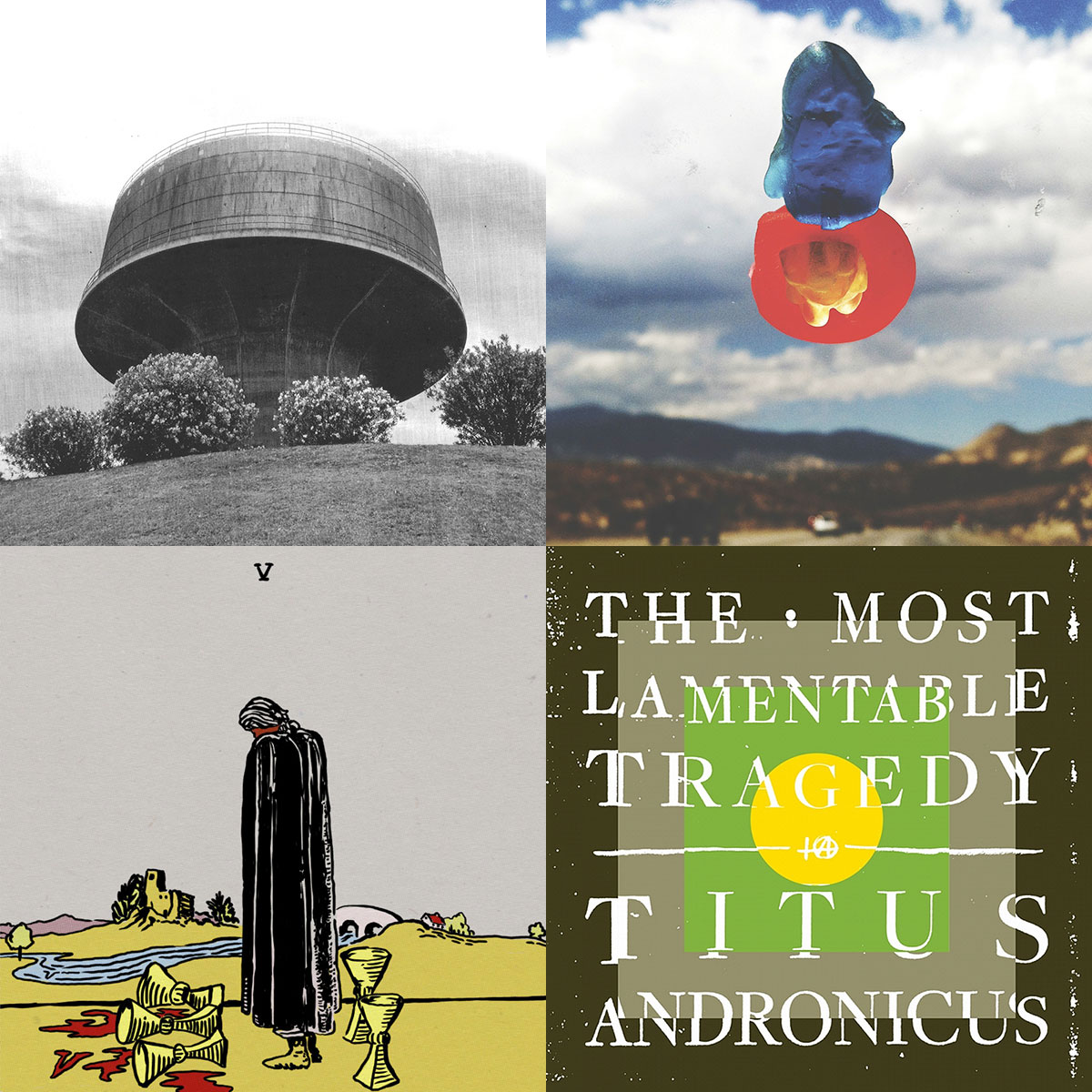 I do this every year. And every year I realize how little music I get to listen to. Or how little new music I’m exposed to, I suppose. I listen to a lot more than I’m able to review on the site, but most of it leaves my consciousness minutes after I’m done listening to it. Or maybe I just don’t like much these days. I’ve found I listen to a lot more pop music than I used to. And, in listening to pop music, I’m mostly hearing the top singles that assault my eardrums from the car radio and piped-in audio at retail and eating establishments. I’ve heard more Nick Jonas, Maroon 5 and Ariana Grande than I ever thought I could consume. And, of course, there’s Drake, Fetty Wap and Taylor Swift. But whatever my proclivities , or whatever my fate, I’m exposed not to albums, but to songs. And this, I imagine, is the frustration and burden of today’s independent artists. So, here, for what it’s worth, are my 10 favorite albums of 2015 (in no particular order): 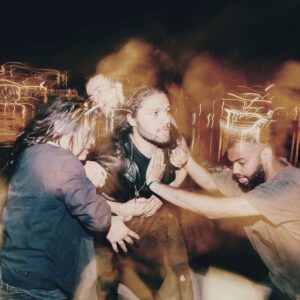 Gang of Youths: The Positions

Opening your album with a seven-and-a-half minute song is a pretty ballsy thing to do. It’s basically a band saying, “You’re gonna take us seriously, motherfucker!” And then to make that song a clear mashup to all of your heroes in U2 and Springsteen and some Tom Waits and perhaps something a little edgier version of The National, you’re laying it all out for listeners to either click away or be so intrigued they can’t help but continue on to track two. As it so happens, I was more intrigued than repelled. I mean, what giant cajones! I’m certainly not a huge fan of those artists, save The National, but my sense of grandiosity and deep down admiration of pop structure with an indie bent got the best of me. READ MORE 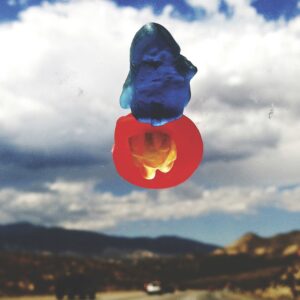 I suppose this is what Hole would have sounded like hadn’t Kurt written all of their songs. So like later Hole when Courtney had exhausted all of the Cobain originals and definitely put her own Cali swag on things. This may sound like a negative thing, but there are certainly worse things to aspire to than, with few exceptions, one of the more rocking female-led bands of the 90s (sorry, Mufffs, you rock too). Of course as the album progresses beyond grunge into your more indie punk thing, but no matter the snarl, lead singer Alicia Bognanno sounds just downright adorable. They are the prototypical 90s throwback band, much like the overly hyped Yuck, but with way more heart and soul. And entirely more consistency. READ MORE 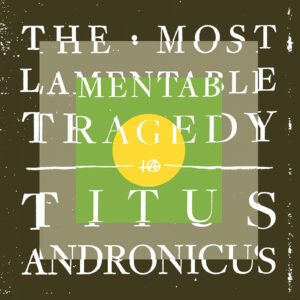 Titus Andronicus: The Most Lamentable Tragedy

If Bruce Springsteen ever wrote an epic punk rock opera about his manic depression, this is exactly what it would sound like. And who but a manic depressive in a manic state would write a 29-track album? After hearing an interview with Stickles about the making of this album he exposed himself as a pretty big hip-hop fan, so perhaps he was just trying to top Wu-Tang Forever for sheer volume, but I sense from his answers that he was just in a manic state and thought a 90-minute album made sense. And it does for the most part. It’s more cohesive than you’d expect at this length (and doesn’t include any skits), but there is certainly some filler in there, including a 1:17 silent track half way through (which is preceded by a 9:39 track). That’s crazy brain and an indulgence that perhaps someone in the band or at his label should have begged him off of. Or is he just crazy like a Foxy Brown (or a Jamie Foxx)? READ MORE 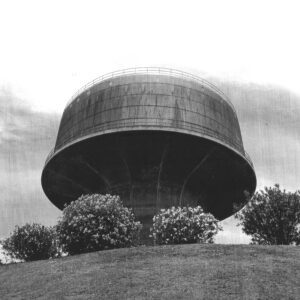 I am so in love with this album it’s ridiculous. I am in love with the concept of it. I am in love with the execution of it. I want to hug the band and thank them for making an album so melodic, yet so ballsy. For being a lead singer who’s clearly punk as fuck but still cares about sounding good. For his perfect nasaly delivery and Aussie-accented crooning through a layer of old-microphone noise. Even when they dial it back on chiller songs like “Wouldn’t You Know,” they end up sounding like a time-warped Spoon being played analog through an old PA and like like what you kind of wish latter-day Replacements would have sounded like on tracks like “Carolina.” READ MORE 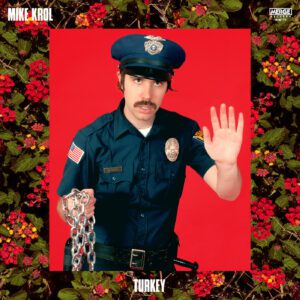 Jay Reatard may be gone but his spirit lives on in the disturbingly manic Mike Krol. Clocking in at a mere 18 minutes, his 10-track album loads pop gem after pop gem of spastic fuzzy punk music and then it’s just over. And I’m sad. So I but track one again and do the whole thing over again. Because it’s fun, dammit. And it’s reminiscent of bands from Goldcard to The Gerbils, and even some of the better Los Campesinos!, processing Krol’s cartoonish voice through a distorted megaphone over an onslaught of cranked up guitars and machine gun drumming.  All of his songs, the longest of which is 2:59, get in, make their statement and get the fuck out. There’s no dilly-dallying, no wankery, no fat to trim. They’re just really good-sounding garage-inspired, guitar squealing tunes that come at you aggressive and stay that way. There’s also an oddball sense of humor to the whole thing — a definite pop punk sense of fun — that adds to the feeling that you’re not necessarily listening to an album from 2015, but maybe an era where music used to be a good time. READ MORE 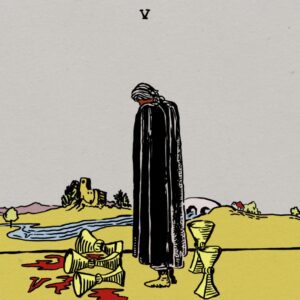 Admittedly I miss bands every once in a while. Ok, very often. Sometimes it’s just me listening to a track or partial track of a band’s album and dismissing it out of hand for one reason or another. That’s me just being a dope. Other times things just sneak by me. That’s just me being busy and otherwise engaged with life stuff. I believe this is a case of the former and not the latter. I’m not sure which makes me more sad; missing out on great music that I totally had the opportunity to hear months or years before, or just being too slammed to enjoy new music anymore. I can’t tell you exactly why I waited all this time to listen to Wavves other than to say that I screwed up. READ MORE 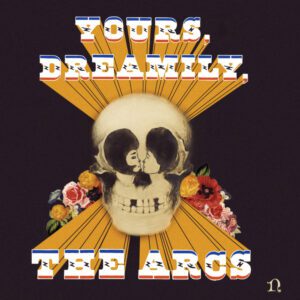 The Arcs: Yours, Dreamily

I remember the first time I heard The Black Keys. It kinda blew my mind, truth be told. I played Thickfreakness over and over again. And without even really being able to describe why. There was something earthy and grimy about them that just grabbed hold of something primal in me. They have moved away from that in quite a dramatic way since, of course, still making worthwhile music on occasion, but in some ways becoming a brand of music in and off themselves that belies their dirty beginnings.

So here come The Arcs, Dan Auerbach’s side project that certainly borrows a lot from his main band, but also has sparks of his once-collaborator, Danger Mouse’s, Broken Bells side project. That blend takes the edge off the Keys’ stuff and layers it with an adult sheen that looks good on Auerbach. READ MORE 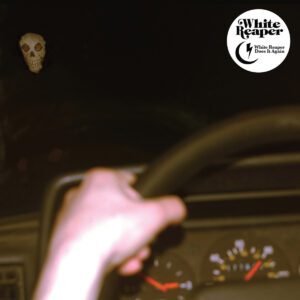 Punk rock, noise rock, whatever this is, I like it. It has that kind of garage rock 50s swing with a thick bassline and bonkers drum fills (with that tambourine hi-hat) and lots of breaks, melodies straight out of bubblegum doo-wop and crunchy guitars. It does have that drowned-in-sound thing that I’m not entirely happy about, which makes the lead singer sound like he’s yelling from the bottom of a fuzzy well, but I that’s an aesthetic choice that a lot of these types of bands are making these days to make them sound retro (or something). Though, as I’ve espoused in many other reviews of late, I wonder why a band wants to purposely sound like they recorded their album underwater through broken equipment? READ MORE 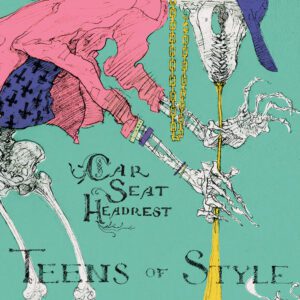 The first time I listened to this one I’m not sure I was in the right frame of mind. I heard the initial blast of lo-fi auditory fuzz and almost immediately discounted it as another in a long line of recent drowned-in-sound albums that for some reason insist on covering what would or might otherwise be pretty cool albums with a layer of echo and hiss so deep that it all but obliterates the singer’s voice and any sense of melody.

But then I gave this one a second listen. The second track, “The Drum,” oddly starts off with the same exact riff as the Foo Fighters song, “My Hero,” but then launches into a pretty rousing version of the best Guided By Voices song that Bob Pollard never wrote. And somehow the murk and fuzz worked for the song instead of against it, as it ends up sounding not like a Foo Fighters song or a latter-day GBV tune, but something entirely organic and personal. READ MORE 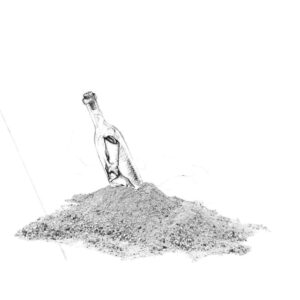 There wasn’t an underground rapper hotter than Chance the Rapper in the past couple of years. I mean, besides all these Drakes and Kendricks and whatnots that you might hear on the radio. In my indie world, he was the man. Acid Rap is a great album (even making my top albums of 2013 list) and established Chance as a rising star. And then he basically follows up that album with this one, but somehow manages to leave his name off the cover. Why dilute a brand right out of the gate? Especially with one so long and almost impossible to remember? Who knows why rappers do what they do?

The only reason I can discern is that he wants to differentiate this work — which in and of itself is pretty cool — from his more straight-ahead hip-hop persona? I mean this is his positivity and, frankly, pretty hippyish album that wouldn’t be out of place as the modern follow-up to Digable Planet’s Blow Out Comb. The thing is all jazz on one side, sunny island summer days on the other. It’s an amazingly “I’m ok with myself” empowerment album. Let your dork flag fly! READ MORE