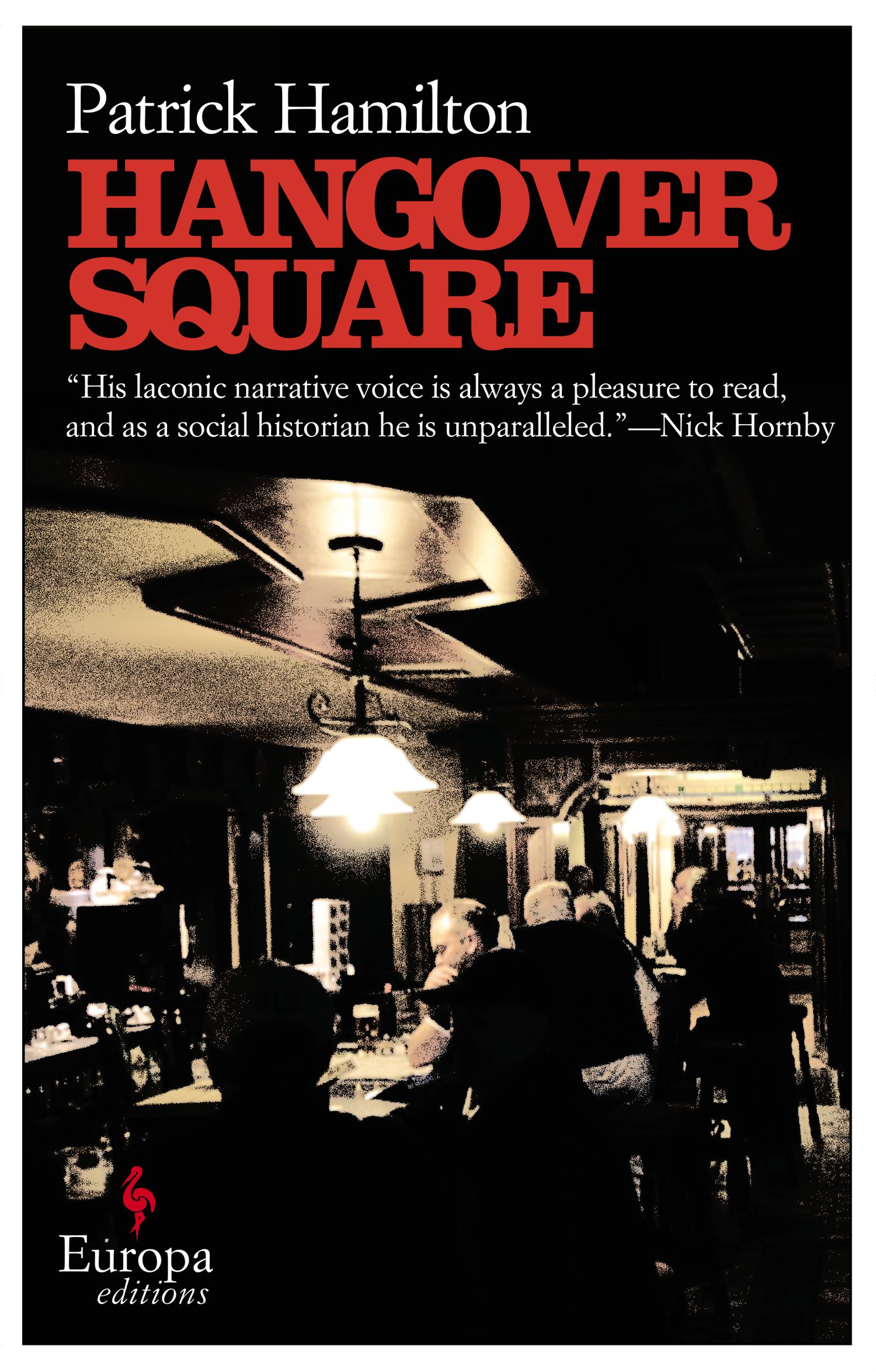 No, I’m not that much of a nerd that I actually just picked this one at random. I am, however, that much of a geek that I took a book recommendation from Nick Hornby’s book The Polysyllabic Spree. He went on and on about this book. It would have almost criminal for me not to go out and buy it. Besides, who doesn’t love 1941 British novels about lonely desperate alcoholics? No, seriously, who doesn’t, cuz I’ll track them down and kick their asses and tell them to put the John Grisham down. Okay, fine, this isn’t a book for everyone. If you’re easily depressed or bored or generally hate pathetic characters who continue to make the same mistakes again and again, then you won’t get through twenty pages of this thing. I’m sure there’s some allegory or parable or something that is being pushed here, but as I’ve stated many times before: I’m not bright enough to figure it out. My take–and I’m sure I’m completely wrong here–is that our main character, George Bone, represents Great Britain (get it, G.B?). That would mean, of course, that his obsession, his albatross, his complete and utter downfall, Netta Longdon, represents Germany/Hitler. Here we have this honest, but ultimately lazy and dim, man with no discernible means who spends his days as a hanger-on, following Netta, the sexy and alluring but ultimately empty, small-time actress. Hovering around her are other men, who come and go, with the exception of Peter (Mussolini), who has found the favor of her occasional intimate company. Like Hitler, people are attracted more to the idea of her than herself, and she brutally manipulates those who come into her orbit. George is constantly giving her money and letting her leach off of him and all the while she treats him like complete dirt. In his conscious life, he is in love with her no matter the many number of soul crushing things she does to him. It isn’t until he goes into one of his “dull moods,” in which a shutter comes down in his head and basically blinds him to the outside world, that he entertains thoughts of killing her to end his suffering. Meaning, of course, that on the surface Hitler was an attractive, but abusive and scary, proposition, that constantly gave signs that something was rotten in Denmark. But searching Great Britain’s subconscious (represented by George’s “dead moods”) they and he realized that the only conclusion was that Netta/Hitler was a force that needed to be snuffed out. And that’s where my hair-brained connection completely breaks down–or at least I run out of ideas. Bone’s story, however, continues. Netta constantly plays with his emotions, using him over and over again to get rent and drinks and trips and all sorts of stuff without giving up so much as a kind word, while at the same time giving up the booty to that scumbag Peter. The whole thing is absolutely pathetic. Every time we think that George is going to break away from Netta’s grip, he falls back into old patterns, starts drinking and gives up his manhood, dignity and ultimately his life. His “dead moods” are a little gimmicky with the whole amnesia thing, but, again, I’m sure there’s some symbolism there, and it’s not supposed to be a literal thing (I still like my Hitler idea). The book culminates on the eve of England’s involvement in World War II, and George, in the middle of one of his “dead moods,” is completely oblivious as he is trying to fulfill his destiny. Thus the irony, of course, as something big is finally happening in George’s (and everyone else’s) life and he’s missing it all. Poor, dumb bastard.