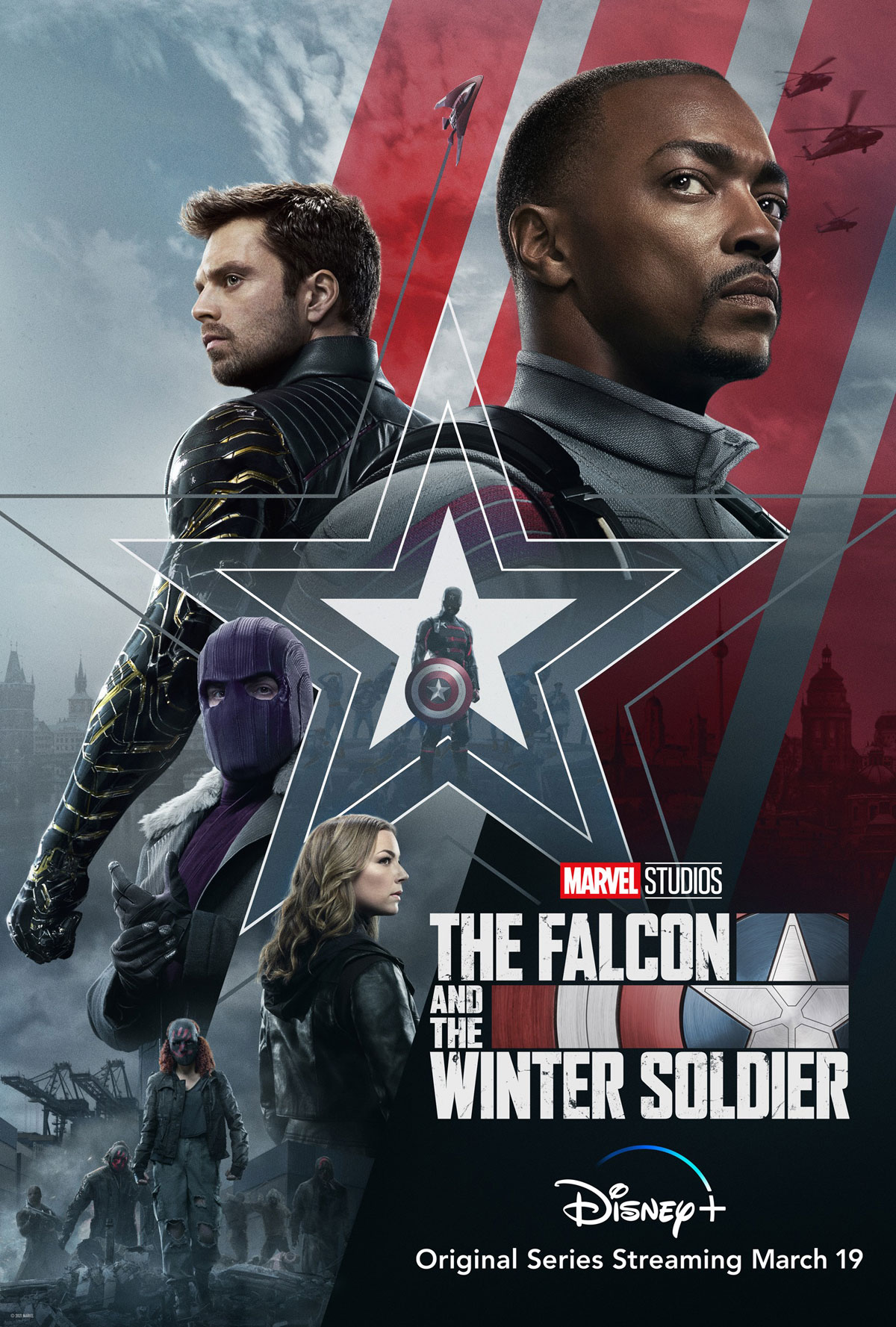 The Falcon and the Winter Soldier

No more annoying than the title is the fact that the overarching plot of this thing is kind of a mess. It’s based around “The Snap” from Avengers: Infinity War in which half the world’s population vanished. And then came back five years later, coined as  “The Blip” in Spider-Man: Far From Home. Apparently, during those five years, the world really came together, international borders were erased and everyone was all kumbaya in their shared confusion about what to do next. But then, when everyone returned, the world made an about-face, put their borders back up and went back to their own national self-interest. Issue being that the deconstruction and then the construction of these invisible, but enforced, borders caused all sorts of refugee problems since folks had moved freely between land masses during the five-year blip. Got that? So now there’s this group called the Flag Smashers that is basically trying to put the world back to where it was during The Blip. By… blowing stuff up and killing people? Yeah, that’s the part that makes no sense whatsoever. They are led by an idealistic character named Karli Morgenthau (Erin Kellyman) – whose name sounds like maybe she might be a lawyer or a dentist — who is commanding a small band of super-soldiers to attack people and places in kind of unexplainable terroristic events. She’s not much of a bad guy, frankly. Both the character and the actress are kind of wallpaper. And their motivation, tactics and results are pretty shruggy. Clearly something happened in the writing or filming of this part of the plot that got messed up either by COVID or poor writing/world-building. Because it makes next to no sense. Which is bad when she and her group are supposed to be the antagonists to our heroes, the Falcon and The Winter Soldier.

So what you have left when you shed this silliness with the Flag Smashers is a story about race in America. Which is pretty unfamiliar ground for something like Marvel to explore. They hinted at it, of course, when Sam Wilson/Falcon (Anthony Mackie) was handed the shield by Captain America back in Avengers: Endgame. After all, he’s a black dude from Louisiana having the torch passed to him by this literal, shiny white war hero God in Steve Rogers (Chris Evans). And there’s a lot wrapped up in this stars-and-stripes, red, white and blue symbol. So, after going down to his hometown to visit his sister and watching her get denied for a loan on their parent’s shrimp boat, he declines the honor. Sort of. More like he hedges. And in the time he kind of flip-flops, the government just goes out and finds a Steve Rogers clone (minus the supersoldier serum) in the form of war hero and Mr. All-American, John Walker (Wyatt Russell). Which, of course, pisses off Bucky Barnes (Sebastian Stan), who was Steve Rogers’ best friend and expected Sam to fulfill Rogers’ wishes to take on the mantle and not let it fall to this other dude. Thus, setting up the frenemy thing between the two men and their symbiotic, yet tense relationship wrapped up in the whole Captain America thing.

So, this relationship between Sam and Bucky grows and morphs as the two of them try to take down the Flag Smashers, argue the legitimacy of the new Captain America and deal with this whole thing with Sharon Carter (Emily VanCamp) in a futuristic Asian city and some evil genius dude named Zemo (Daniel Brühl) who they break out of a supermax prison way too easily. These last two feel like bolt-on characters to some extent and I assume they played a part in some of the previous films and will in the future Falcon and/or The Winter Soldier adventures. Frankly, Zemo was giving me that Nazi vibe, but maybe that’s because I know Brühl is and looks super-German and his Sokovia accent is kind of absurd (even though Sokovia isn’t a real place). Anyway, I didn’t really follow any of that stuff, but maybe that’s because it too was a little blurry. There’s this whole Power Broker thing that happens in the aforementioned fake Asian city, Madripoor, that is so obvious that I wasn’t even sure it was supposed to be a “twist” when the Power Broker’s identity was revealed. Not that I really understood who or what the Power Broker was supposed to be anyway. Again, that narrative felt truncated in an unnatural way.

Ultimately this is a buddy action series that surprisingly delves into social commentary. I do admire them for trying, although it can be heavy-handed at times. And the series itself — especially the race-relations piece — can’t even hold a candle to the way-superior Watchmen. And, yes, I know this show isn’t trying to be that show, but they certainly attempted to mine some of the same territory. This is like the after-school special version of it, I suppose. Even, though, again, I admire them for trying. Because too often these superhero things seem like they’re going to go somewhere interesting, but just default to a lot of punching against green screens (like WandaVision). But they stuck it out here — even if Sam’s struggle is the only narrative that comes shining through — while the other parts are pretty janky. All-in-all, it’s an entertaining show that has some wonky plot points, but a good cast and a couple leads who play well together. I just wish they cut a couple of the subplots and focused effort on one main and one clean subplot and let that character dynamic shine through.