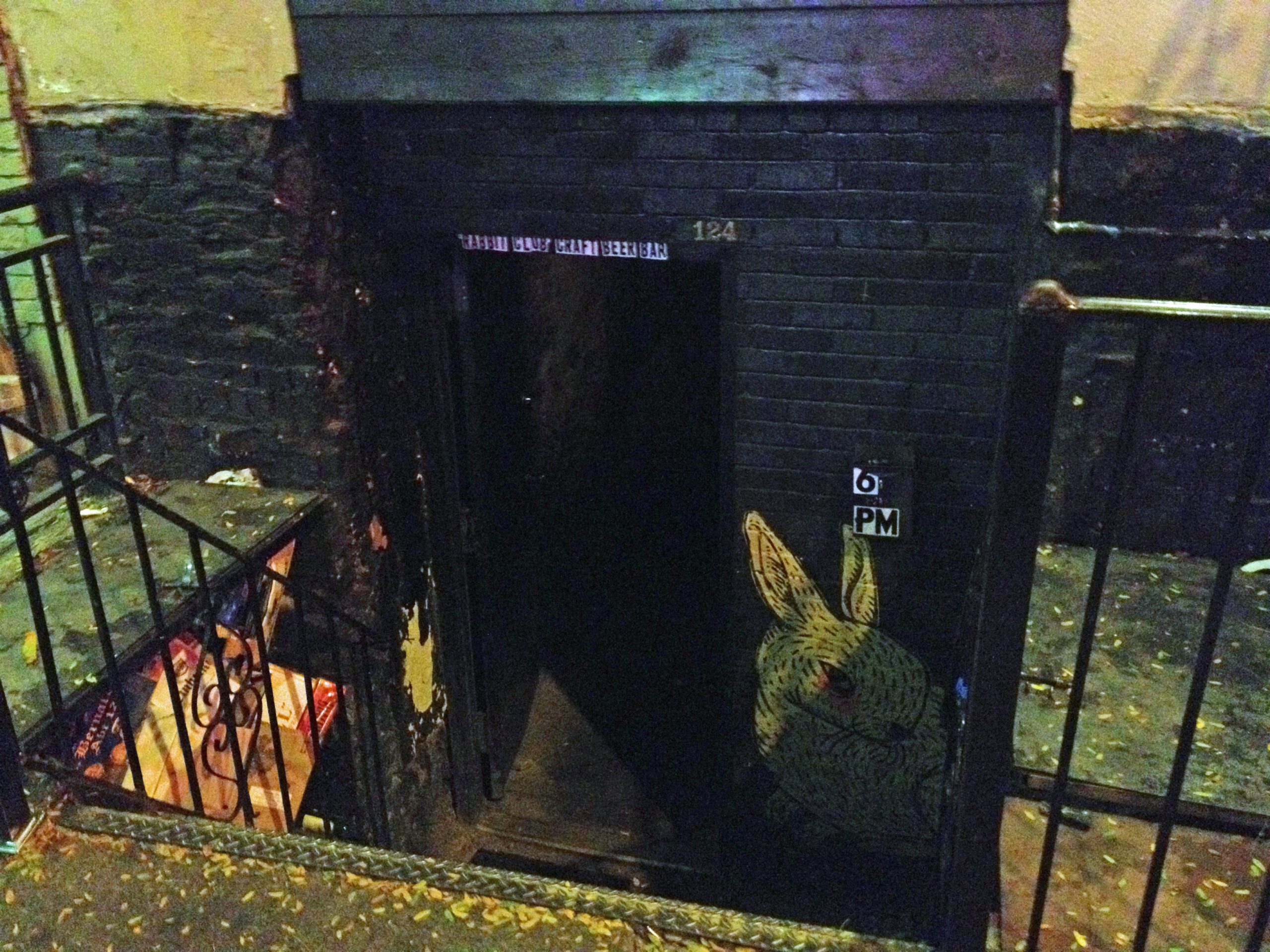 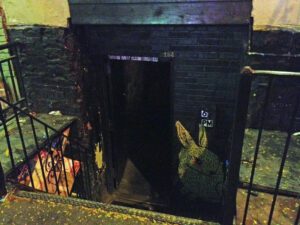 I believe a rabbit’s hole is called a “warren.” I suppose I could Google that shit, but where’s the fun in that? I’ve always said it’s better to be absolutely wrong than be dependent on technology. Needless to say, most of what I believe has never really caught on amongst the general public. But what has caught on amongst the few people to whom I’ve introduced this cozy warren is the completely unpretentious and warm atmosphere of the subterranean beer goodness that it reifies. There are certainly challenges with this place, the first of which is getting people to properly spot it. The address is in tiny reflective stick-on numbers from the local hardware store and its aforementioned below-street location makes it look, at first blush, like the service entrance to the basement of a surrounding establishment. But traipse down the few, treacherous stairs and past the semi-hidden rabbit painting and you’ll find yourself in one of those super-skinny, candle-lit, painted-black spaces that is decorated in early-90s bike messenger chic, complete with creepy conjunctivitis bunny (see photo to left). But somehow it works for this joint, that in its lo-tech, mobile-signal-killing way serves just the mellow, unmarred audience it intends to serve. They have a decent list of Trappist beers and Belgian stuff and whatnot that is unexpected in a space that can support at most a group of four or five at any given point at the bar. It’s certainly no frills (including the complete lack of a credit card machine or working cash register for that matter), but its handwritten receipts, complete with hash marks for each beer (that my accounts payable people gave me absolute hell about) harkens back to the day where a bar could be a special place that is yours and yours alone. [MF]