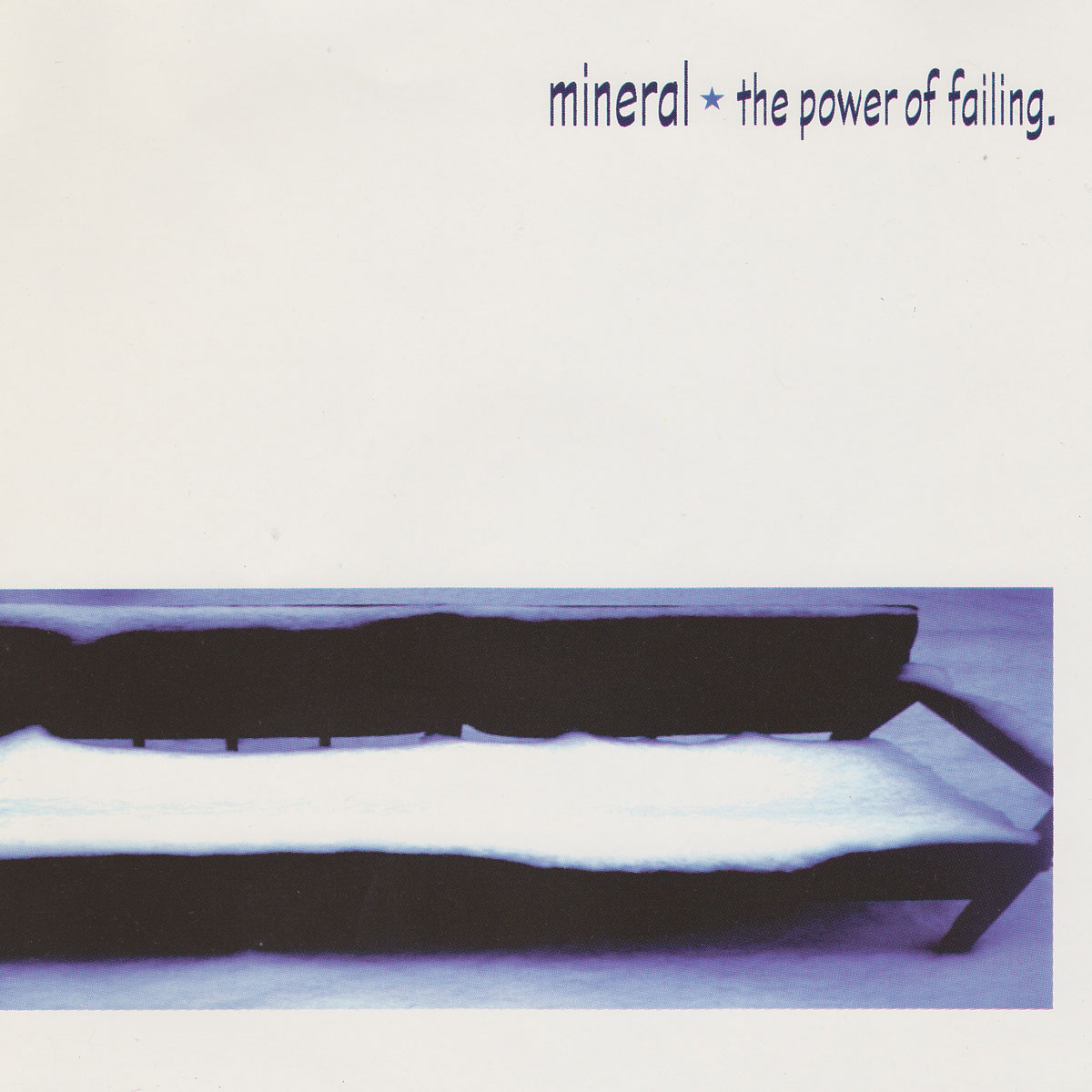 Mineral: The Power of Failing

Now that’s fuckin’ emo! No, seriously, Mineral is like the quintessential emo indie rock band from the mid-nineties. And this album, The Power of Failing, has that perfect emo title that just makes you smile for all of its white-guy cathartic woe-is-me nonsense. It’s not the first-wave stuff that came out of hardcore and post-hardcore of the 1980s, but is squarely in that second-wave midwestern movement. Despite being from Texas. Which I suppose is one of those states that could arguably be Midwest, despite really being the South. Point is, their brand of emo fits squarely in that sweet spot before it became a dirty word, but still applied.

The nice part is that Mineral really ride the indie rock side of the genre. They could play alongside Superchunk and be totally at home. The first track off this album, “Five, Eight and Ten,” could totally be a track off of On the Mouth. But with a little more math rock spread. And the second song, “Gloria,” is definitely almost an homage to Sunny Day Real Estate. Who is a contemporary of Mineral, but seemed to get that extra boost coming out of the Pacific Northwest when they got lumped in with some of the grunge dudes. A thing that was eventually compounded when their rhythm section went to join the newly formed Foo Fighters. Point is, this is not only “emotional” music, but also an intense rock ‘n’ roll experience. This isn’t the mamby-pamby Dashboard Confessional, pretty-boy strumming that cursed the early 2000s. No, these dudes are cranking the gain, turning up the feedback and seemingly pummeling their instruments. Giving the loud-quiet-loud of the album some of the authentic emotional heft that one looks for in their emo. Even if the lyrics are a bit hyperbolic, the music itself feels like a cascade of catharsis. It’s pretty fucking rock ‘n’ roll.

And, no, you’re probably not going to sit down and learn the guitar parts for any of these songs, as they are more crunchy and vibey than hook-y. After all, it’s hard to raise your voice in catharsis when you’re trying to follow much of a recognizable melody. It’s not as though the music is atonal or anything, but it doesn’t follow your typical pop structure, or really thrive to put together punk-pop sing-along head bobbers. It’s more the crashing-waves-from-a-boiling-ocean theory of song writing. That constant downshift into swirl churn, build and deconstruct. Over and over. This is their debut album, and only one of two they ever released. Though their sound and approach feels way more far-reaching than that. This album may not be as well known as some that followed from bigger bands, but this kind of felt like a beginning of something cool and holds up even in 2022.