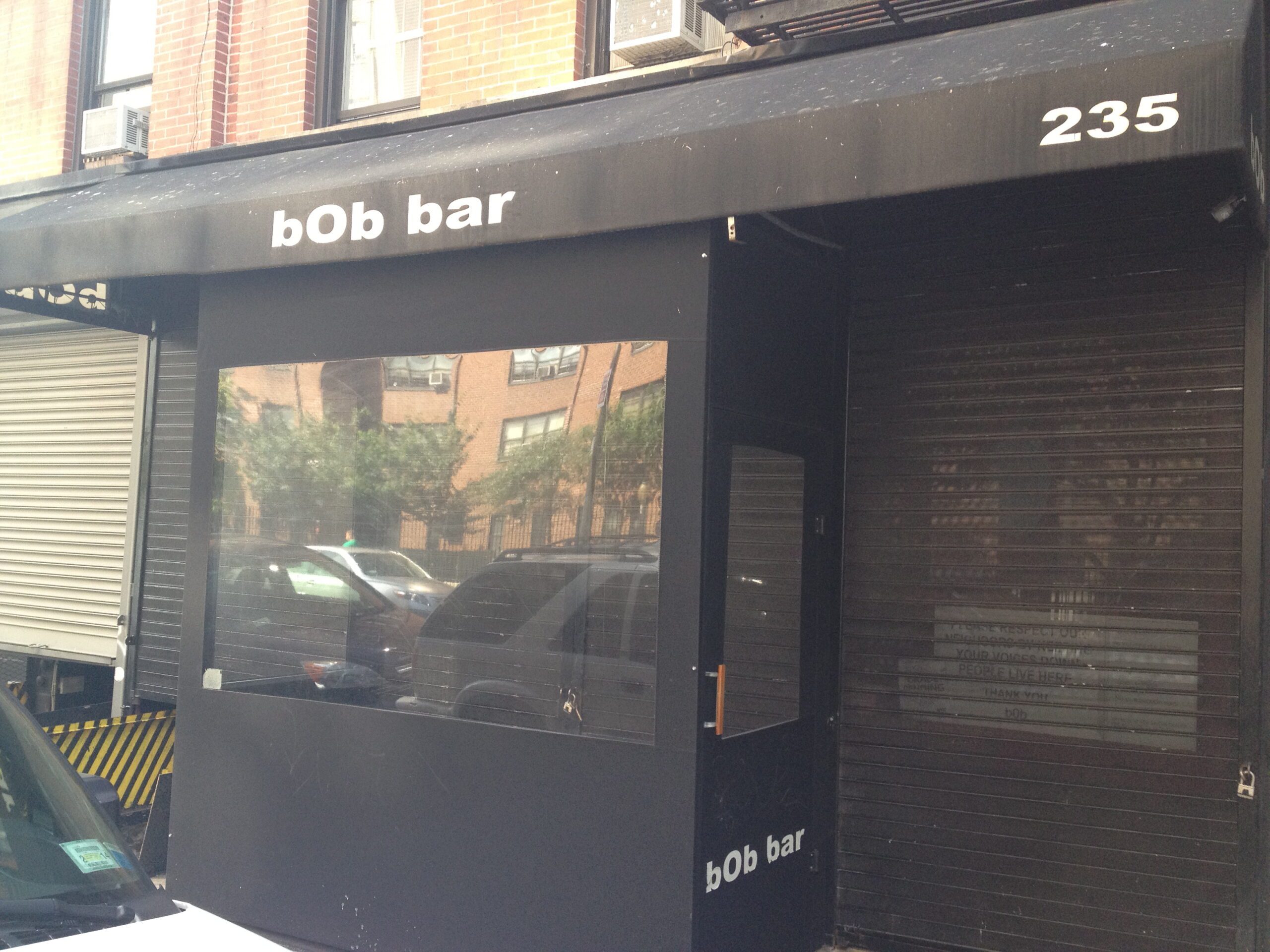 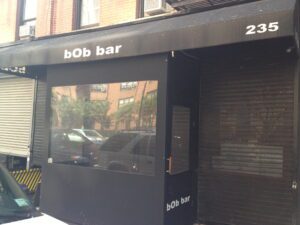 One can’t help seeing the name of this joint and thinking about that hip-hop dude, B.o.B. Granted, the half-life of hip-hop artists is about 2.5 weeks, so by the time I write this (or you read it), you’ll probably have no idea who the hell I’m talking about — and he’ll be working at the Best Buy in the stereo section (if they still have those). Ultimately the only thing the two have in common, really, is the hip-hop thing. And mostly old school at that. It’s a funny little box of a bar on an unassuming block and seems to function mostly as a hang out for locals, regulars and the occasional roaming band of Asian bachelorette partygoers. There were a bunch of guys there the night I meandered in, standing up by the bar chatting and lightly dancing to tunes that reminded me of my rap days of yore. Days back before the Giuliani no-dancing rules and the tamping down of the awesomeness of The Running Man and the Kid ‘n Play. The vibe is decidedly chill and friendly, and despite its somewhat oddball space isn’t a bad option for a drop in to enjoy some tunes and a couple beers with your new best friends. [MF]