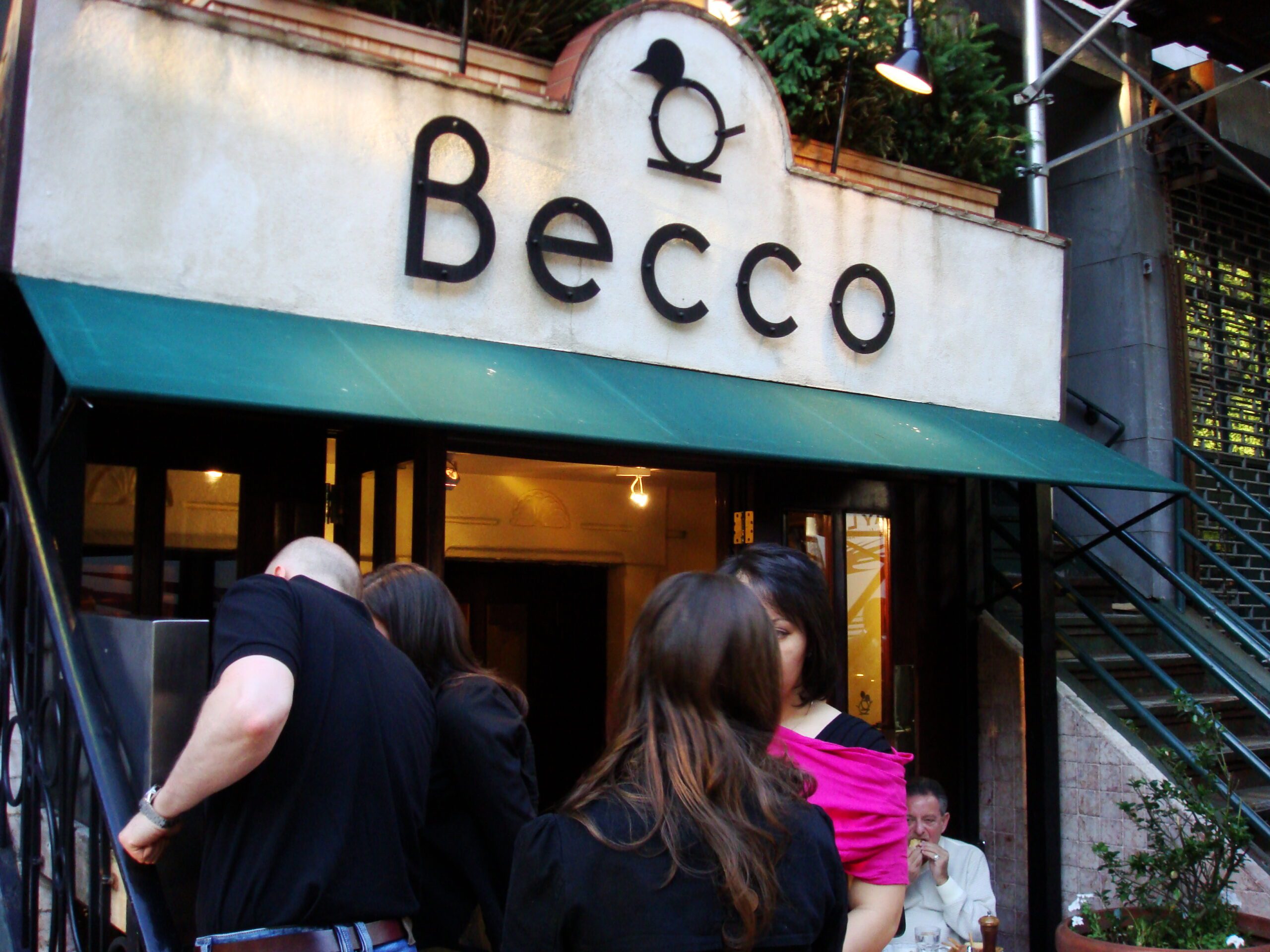 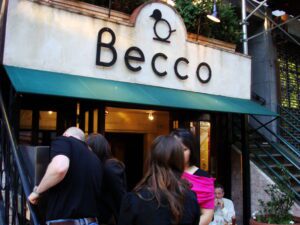 Going to any place on Restaurant Row can be dicey. Known more for getting the theater early birds in and out in time to see their shows than haute cuisine, sometimes expediency and cheese factor overwhelm the preparation of the actual meal. And, lo and behold, here I was going to Becco prior to seeing Jersey Boys with the Hipster In-Laws. To preface, Ms. Hipster had been here before, and had been treated to one of those unforgettable meals where someone in her party knew the chef/owner and they got the special, off-menu meal where all they had to do was sit there and have plates full of deliciousness placed before them. She couldn’t stop raving about it, thus our reservation that night. It started off poorly, as the place was absolutely packed. And by packed I mean like bursting at the seams. We stood waiting for our table in a thin runway of sorts as snarky middle-aged and elderly customers jockeyed for a couple seats next to the plants, which were essentially up our asses. When we were finally led to our table, the stress level was palpable. I started off with a Caesar salad, which was ordinary if anything. But my main meal, a rib eye steak, was cooked perfectly, and was absolutely delicious. Despite the earlier chaos and continual swirl of the incoming crowds, I was swept away by the meal’s tastiness. Granted, the decor of the joint felt a bit like a Midwestern country club or something, but what do I expect of a place that caters to 70 year-olds in sport coats at 5:00PM? The meal did drag on for quite a while, and we ended up fleeing to make it on time for the show. Honestly, half way through the first act, all I could think was that maybe I could escape out a side exit and go back for another round of steak. [MF]