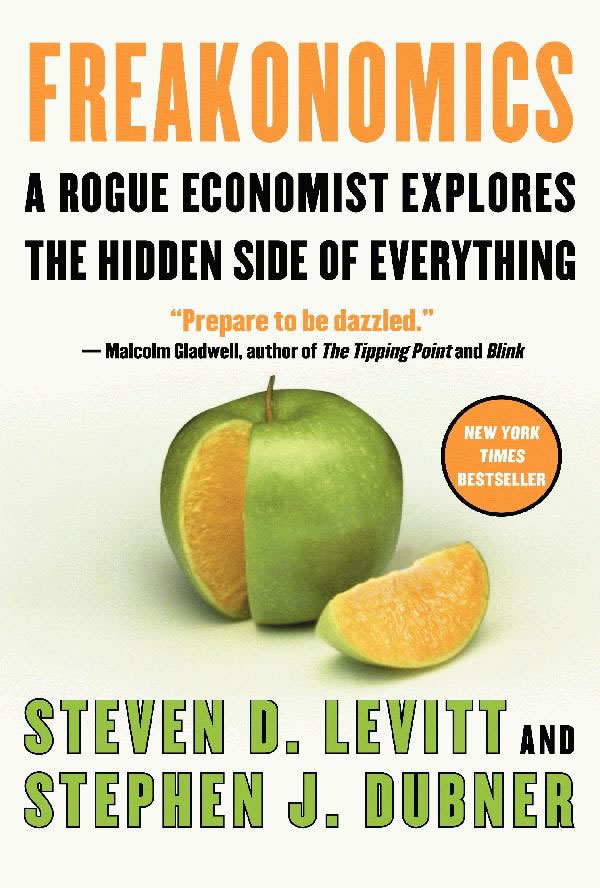 The pun title and the whole sliced apple with the orange inside on the cover didn’t exactly inspire confidence. Was this going to be a serious economist dumbing down serious theories for Midwestern housewives? Was this going to be a popular culturist espousing opinions readily available on every blog known to man? It turns out that it’s actually a bit of both; it’s an economics lesson for college film majors like myself who were too busy chugging and watching Birth of a Nation twelve times to study those scary-looking curves and graphs that our management and economics friends were busy busting their asses on (when they weren’t chugging). It’s like an economics book for populist conspiracy theorists. The weird thing is that this is the third book in a row I’ve read that talks about the crack epidemic of the 1980s. I guess living in the friendly confines of the Westside of Los Angeles at that time, it didn’t somehow register exactly how out of hand crime had gotten during that time, but it’s amazing that one little drug caused such a spike in violence and criminal behavior in such a short time. This book espouses theories about crime’s subsequent dramatic drop-off in ways that I can’t imagine anybody ever approached before. It’s all about legalized abortion. Read it and you’ll see. The other theories put forth in the book are equally off-the-wall and endlessly provocative. It’s amazing that the man actually makes numbers research fun. My only wish was that the thing was longer. These dudes just have to start a blog.