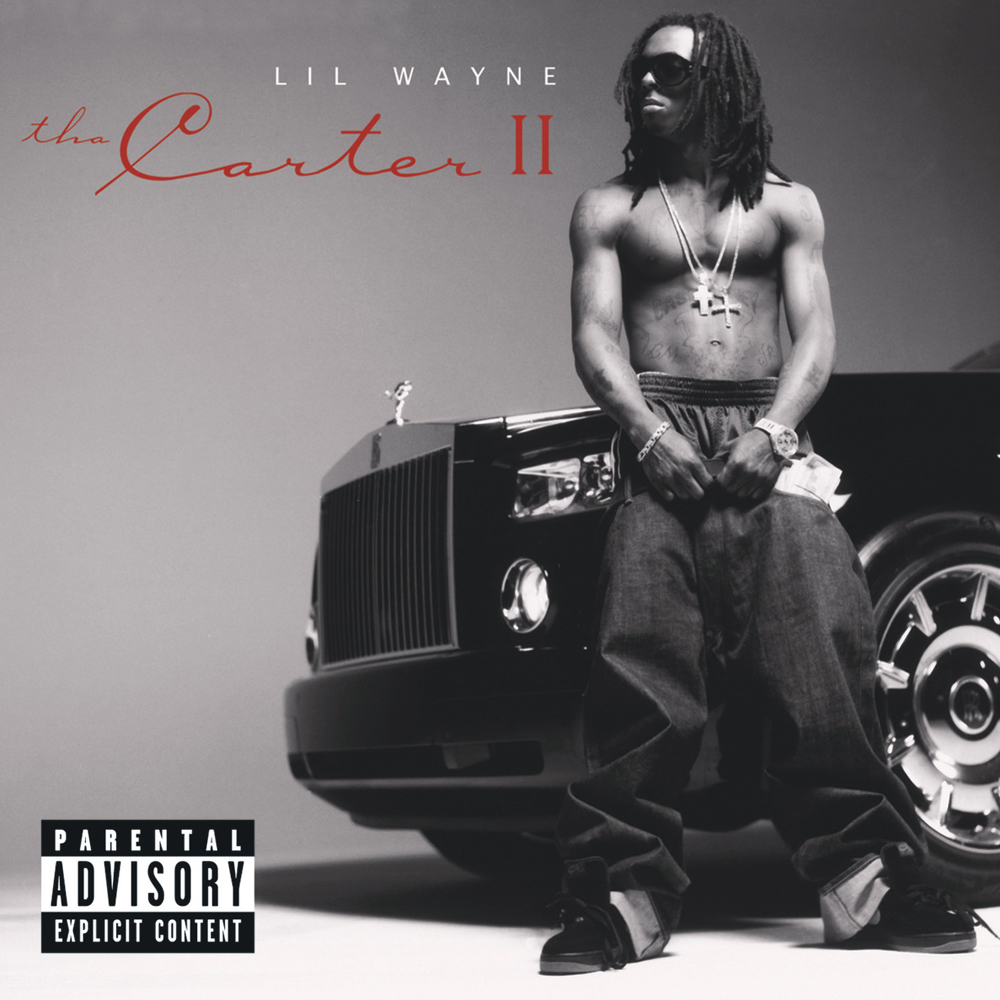 I generally can’t listen a whole hip-hop album from track one through track 20-whatever. They’re just so stuffed with filler and skits and nonsense. And the quality generally dips on every other track to the point where you wonder who let the crap tracks make the album? Sure, there’s some of that here, but it feels like Lil (I can call him that) put his all out there on this one and tried to make a proper album to represent. There’s a nice mix of grandiosity and street swagger here — shown perfectly by the cover, which looks like a hoodrat kid ran up to a Rolls and stood in front of it so his buddy with a cellphone could snap a shot. He’s posing as a player, but really wearing plainwrap shoes. The album sounds like a funny mix of Eminem and Dr. Dre era Snoop album. I know all rappers talk about is their producers and the production on their albums, but this one is noticeably different in presenting Lil’s voice. His part creakity-croak, is up front in the mix and for a wacky New Orleans guy, he’s remarkably easy to understand. The shiz is fo real.