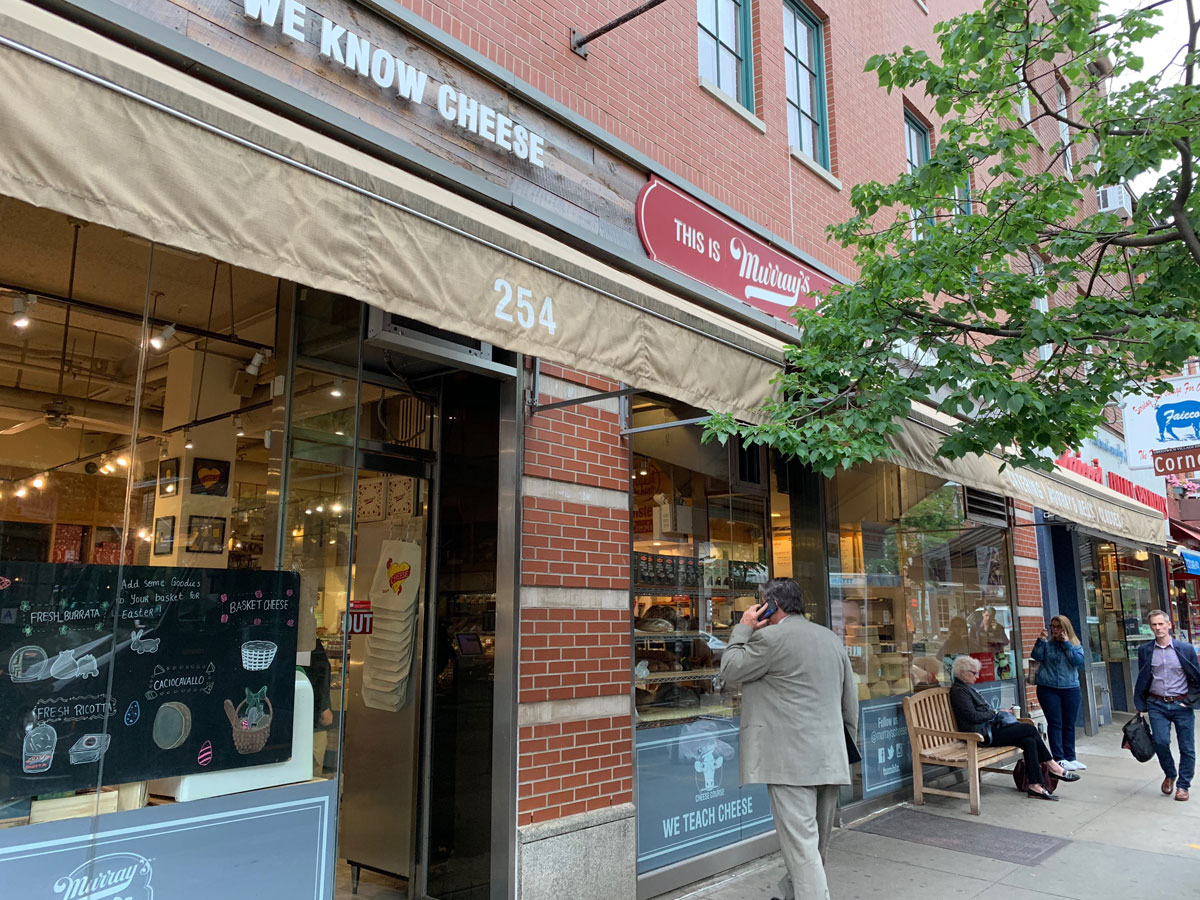 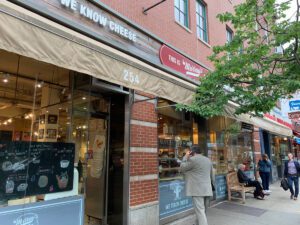 Cheese, glorious cheese! Workin’ on my night cheese. Extolling the wonders of curdled cow, goat and sheep’s milk is as old as the world itself. And no place in Manhattan raises it to a godly level like Murray’s. It’s the mecca. The pinnacle. The Mount Rushmore of solid dairy product.

Walking into their crowded space may overwhelm you with the smell of well-oiled saddles, barn and feet, but that’s not the only attraction. Because Murray’s offers these cool tasting classes. I believe they’re usually wine and cheese pairings, but we went for a whiskey and cheese class. Because everything goes with whiskey. And everything goes with cheese. So it only makes sense to combine the two.

In a room upstairs, you get six whiskeys and seven cheeses. Maybe there was a seventh whiskey, but who the hell can remember? So while you drink, you eat. And while you eat you drink. We had a cheesemonger to talk to us about the cheeses, which were also outlined in a printed document on which you can take notes. And we happened to have a rep from Highland Park there, so all of the whiskeys were from their distillery. From The Black Grouse on up to the good stuff.

The classes are filled with what used to be called yuppie types, but are essentially a bunch of young, professional-looking couples with decent haircuts and fewer tattoos than you’d otherwise find in The Village. All of whom clearly want to get buzzed drinking brown liquor and eating cheese. Because why not? That was certainly why we were there. And we took notes like diligent students. But, honestly, after six or seven shots, I was pretty well not taking clear notes at all.

In terms of the booze, one doesn’t necessarily have the ability to buy it on the spot — at least when it comes to the whiskey versus wine. But at least you walk away with a list of stuff you might want to look into later on. The cheese, however, you can walk right downstairs and snatch up the stinky stuff. I feel like Ms. Hipster, who is probably more cheese than booze (while I’m probably more booze than cheese), had had enough that the thought of shopping around afterwards was head-spinning in a way that was not to her liking. So we left empty-handed.

But, the joy of the class and listening to experts talk about two things we love was great. Chatting with other couples while they also enjoyed the flavors of old shoe and fresh cut grass was fun and enlightening. It made for a perfect date night that felt light and social; something new and different. I always kinda disliked school, but this kind of class I could be down with until the end of time.