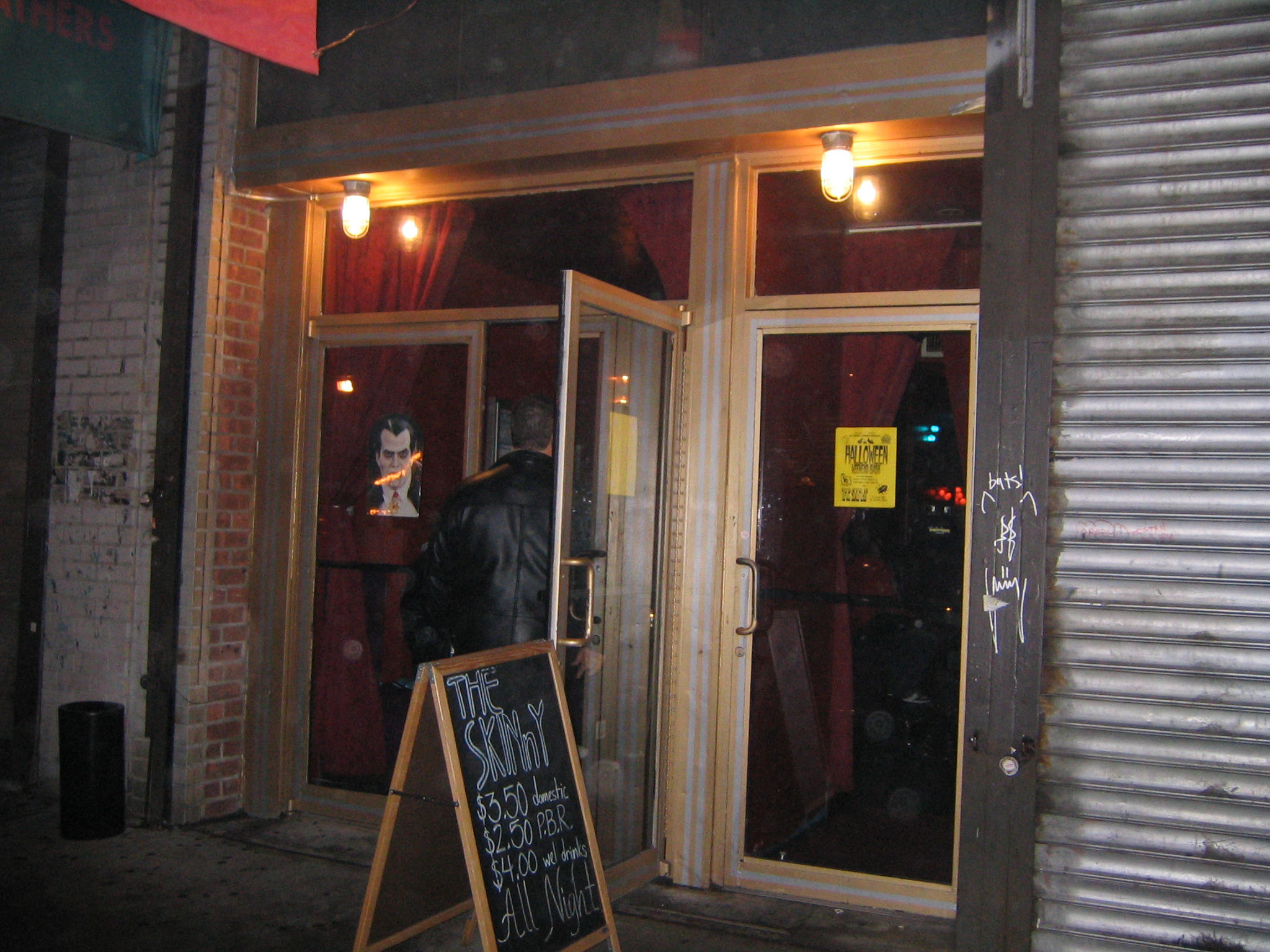 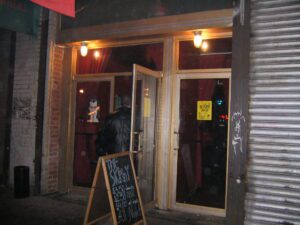 I love when bars try to fit in the name of the city they’re in into the name of the joint. Okay, it’s the lamest fuckin’ thing ever, but I wanted to catch any of you dumb-asses out there who are thinking of opening a bar and calling it like NYC Guys or The Manhattan Project or Brew York City or a comedy club called New Yucks City. Puns are funny to three-years-olds, drunks and readers of The New York Post. Obviously they have no place in a bar! So you come up with a name like The SKINny and don’t expect people to assume it’s a strip club? Interesting. The fact is that the place is literally thin, although it also has high ceilings so as to avoid that nice clostrophobic feel associated with all the other Snugs and Cubby Holes and Thin Mans sprinkled throughout the borough. This place is pure Lower East Side, though, as you have your prerequisite Galaxian machine, large red walls and tons of local art hanging all over the place. There are also stools at the long bar and a couple booths and ottomans on which to rest your lazy ass. There are some stairs in the back that seem to lead up into the rafters, but I’m sure go to somewhere where some jackass can pull a serious Begbie on ya. Although judging by the mellow crowd, I don’t think there are many surly Scots looking to throw a beer on your head and then kick you really hard in the nuts. We honestly just ducked into this place to get out of the rain, but with the downtown surroundings, cheap beer, lack of attitude and decent music, this joint might certainly be worth a second visit. Just try to pretend it’s called The Viper Room or something cool like that. [MF]