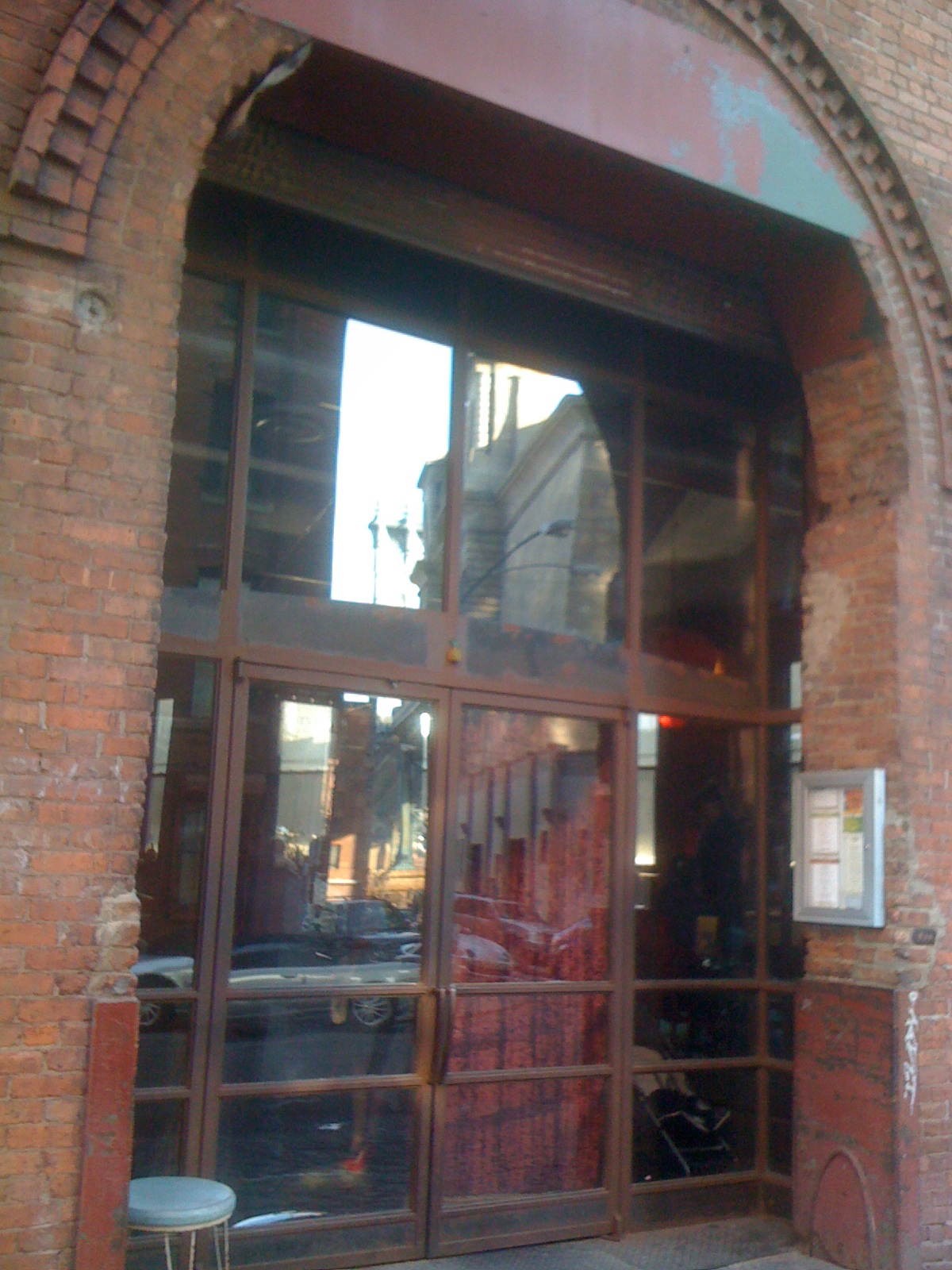 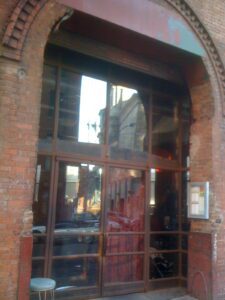 They weren’t kidding about that whole bridge thing. DUMBO is indeed under an overpass, its span spreading a shadow over everything in the thin gully that makes up Front Street, including the cool industrial brick archway entrance of Superfine. Clearly this joint was a former smelting room, horseshoery or power substation. Okay, while it was most likely none of those, it’s clear it was, like most things in the industrial environs of old Brooklyn, something else before it is what it is now–mainly places for hipsters to convene to imbibe, buy overpriced apparel or listlessly soak in a live band. My immediate reaction to Superfine’s interior of multi-platforms, ramps and stairs was that it would be a fun place to come at night, drink too many beers and totally bite it on one of the Harry Potter-like moving platforms (that are sedentary when sober, but would certainly gain momentum after several spirits). We were in fact there for brunch, accompanied by children of various ages and a large group of Ms. Hipster’s co-workers and their significant others. The whole journey was one of darkness and light. Light: everyone showed up reasonably on time, and the place looked very cool. Darkness: our reservation was only kinda-sort of honored, as they kept us waiting for what seemed like eons and ultimately split our party at two tables. Light; there was a pool table and a rockabilly band to help fill our many minutes of idle time. Darkness: some freakish hipster(s) decided that playing game after game of solo pool was somehow going to impress someone, and we were sat right in front of the band, who played the entire time at volumes loud enough to ripple my water and render conversation practically impossible. Light: the lead singer of the band was a dead ringer for John Waters. Darkness: most children, including our own, are frightened by John Waters. Light: we were finally sat for brunch. Darkness: the service was slow, inept, detached and dropped an entire glass of something red on one of our co-eaters. Light: they had French toast. Darkness: they had THAT French toast. Light: at least we were there with our family, out in Brooklyn at a place that should have everything going for it. Darkness: Hipster Jr. Jr. had colic and required constant tending, while Hipster Jr. started to lose it after being in a confined space for three hours and eating what amounted to a French fry. And through all the darkness we could see the worst part of all; that the place squandered its potential, like so many before it, by trying to be too cool for school and not concentrating on the basics like hiring competent staff, not deafening your customers and cooking food so good that those same customers forget what a nighmarish time they had getting through the meal. [MF]