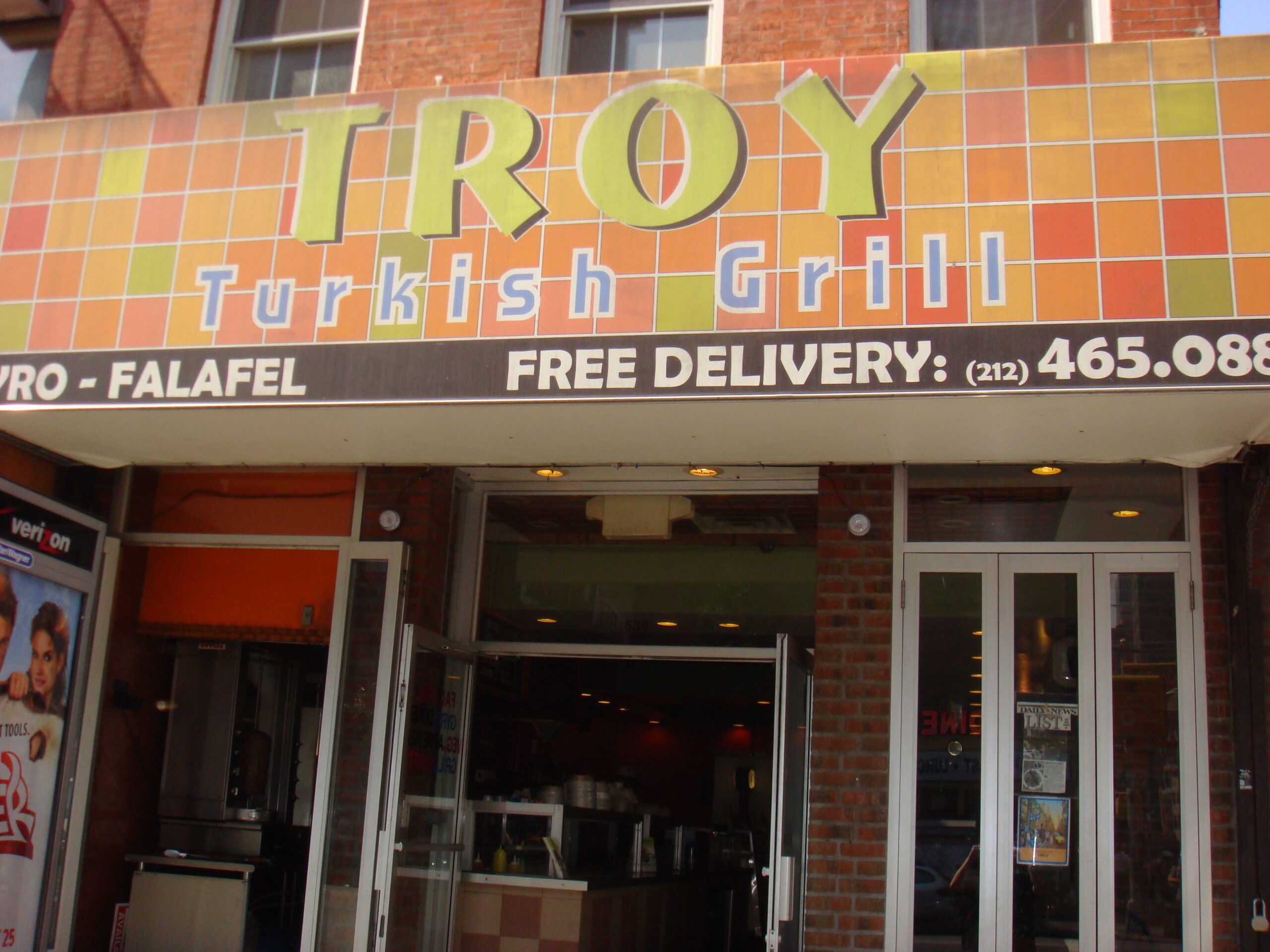 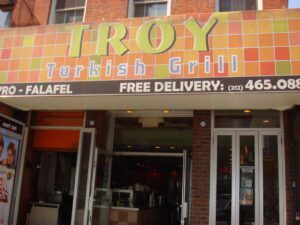 Didn’t Troy belong to the Greeks back when it was Troy? Sure those rascally Turks burned and Nazied their way into the poor Greeks’ backyard, but this joint is just rubbing it in their faces. It would be like naming your joint Beirut Syrian Cafe. My research proves that the Turks did, in fact, invent what eventually became the Greek gyro, but named it something incredibly unappetizing that sounded vaguely like the excited state of a piece of male anatomy. Thus the gyro, which sounds whimsical and kind of Jetson-like. “But we have shawarma,” shout the crowds in Damascus. “The shit is practically the same!” Very true, my Arab friends. Like shawarma, the gyro is a rotating spit of indeterminate conglomerated meat. In my case, the cylindrical mound is made from chicken, as I don’t dig on the idea of thinning Little Bo Peep’s flock. My buddies at Troy (be they Turkish or Greek or Mexican) were having some issues getting their act together with the rotisserie thing, so I almost went with the less disgusting chicken shish-kebab. They ultimately got the thing fired up after what I felt was way too long of a wait and the guy used his best Bob Geldof technique to shave the stuff off into what looked like a metal dustpan. Once captured, it was transferred to a pita, doused in white sauce and wrapped up for the short trip back to my office. After watching my co-workers scatter and cover their noses with their clever, ironic t-shirts, I bit into the Mediterranean goodness. Several minutes and fifty napkins later I was satiated and happy with my purchase. Honestly, though, it’s not as if this joint creates their own meat mass. Their job consists of unpacking it, sticking it on a spit and watching it spin. So like a Turk (says my Greek friend, George). [MF]