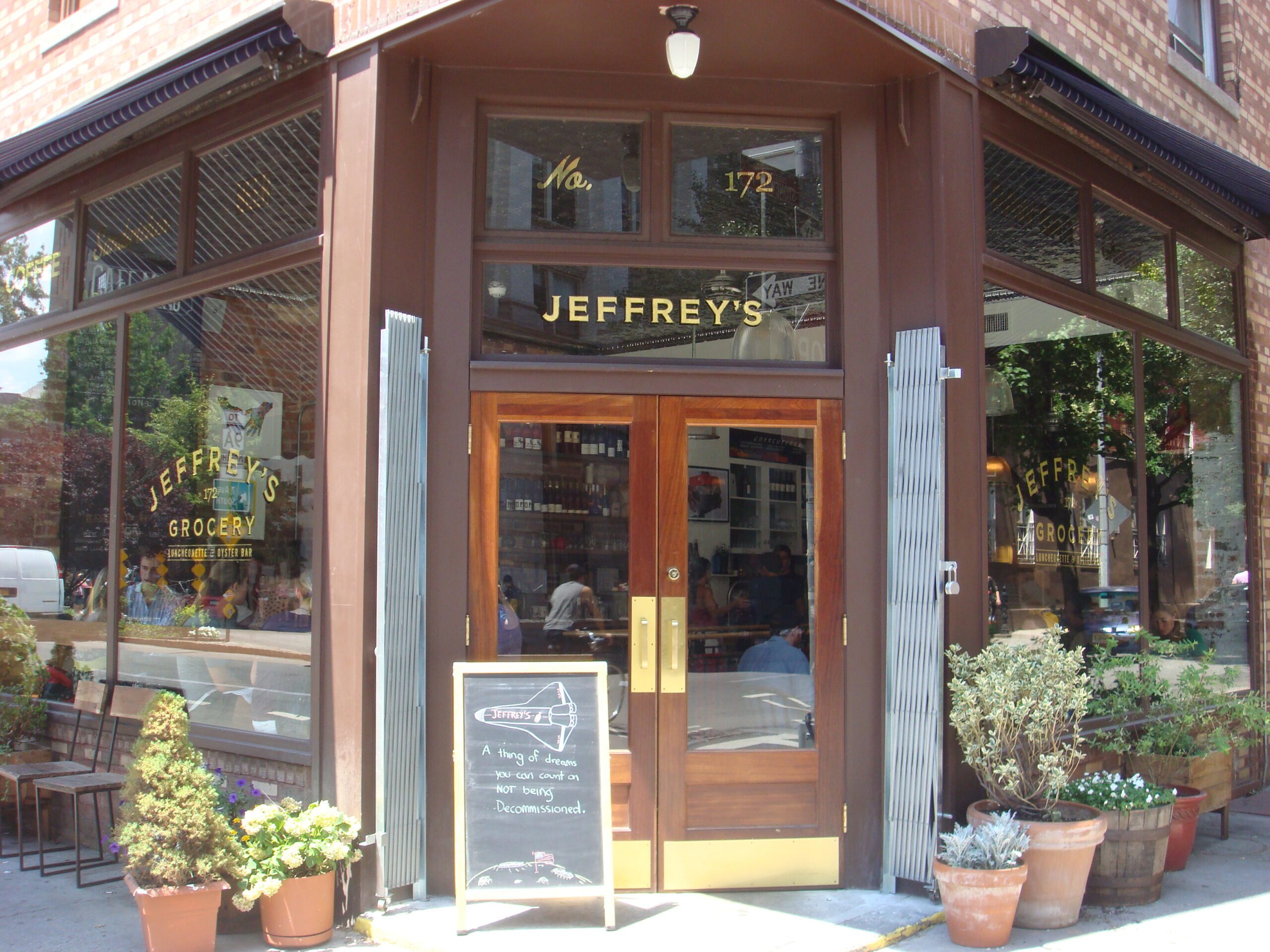 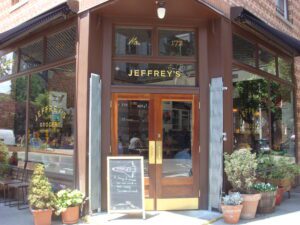 Yet another restaurant in which I drank but did not partake of the grub. It’s not that the piles of oysters and other fish-like things — mingled amongst the brunching groups of hipster gays and wandering straights — didn’t look absolutely delectable, but I was there to kill some time before meetings some other folks for some shittier-looking food a few blocks away. The thing that drew me to Jeffrey’s was the inviting lunch counter feel, with its big plate glass windows with old-fashioned stenciling, herringbone hardwood floors, open shelving holding almost general store-like foodstuffs and my favorite white marble and pressed tin throughout. I sat at the small, funky bar with its wood top and cut glass accouterment and ordered a couple small brewery beers and schmoozed with the help, who were friendly and flamboyantly entertaining. The whole place had a warmness to it that I enjoyed, and would that I care about oysters or been in a place to order an omelette, it would have been a happy day. I had a mind to come back at some point, but it turns out I got plenty drunk later in the afternoon and, as usual, lost my head in boozy nonsense and meandering. [MF]