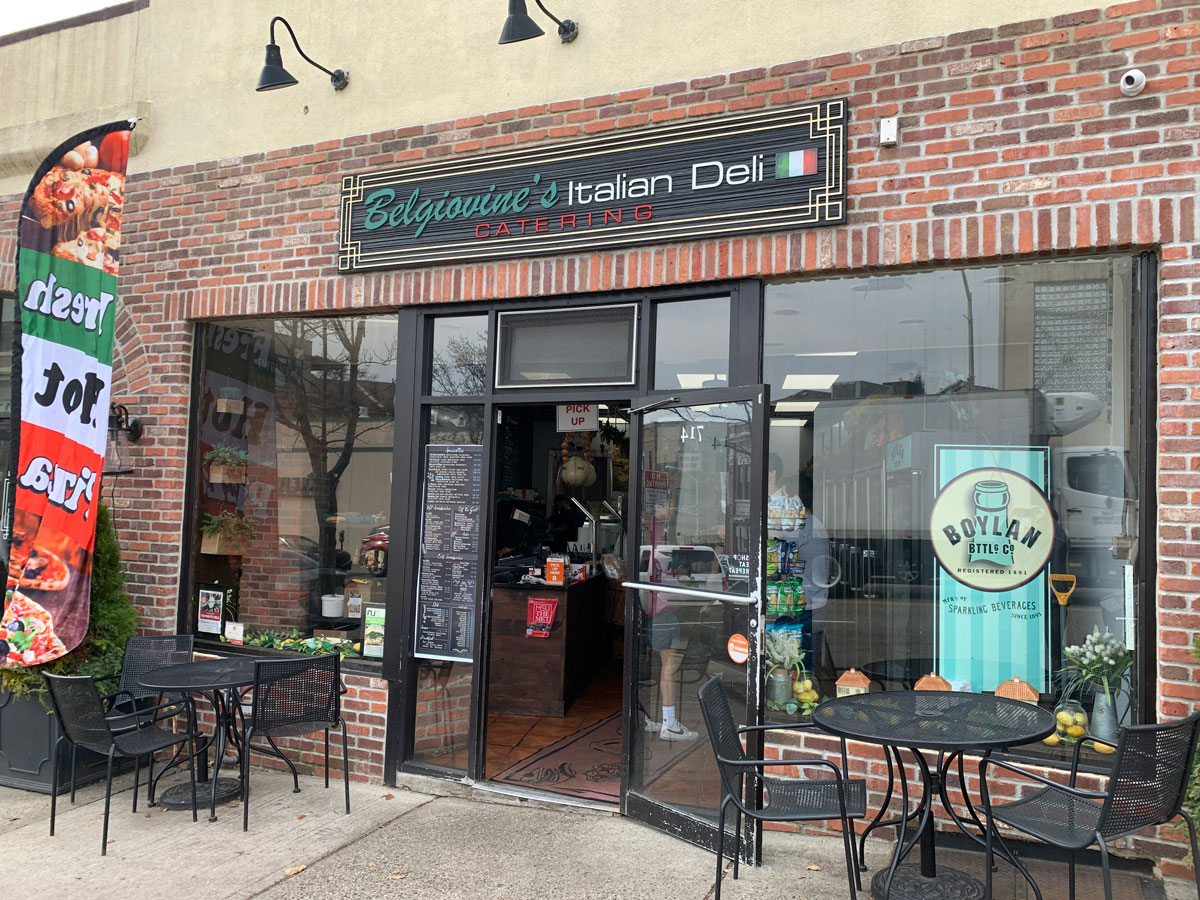 I don’t recall having Italian delis in LA growing up. Jewish delis, sure. But like most of Southern California, the presence of Italian Americans was pretty much nil. I joke that the pizza in LA was so bad because Italian migration stopped at Chicago, and we just had to make it up and make it our own by sticking sun dried tomatoes on cheese-less crust. It sucked. Despite California Pizza Kitchen, of course. Point is, I didn’t really experience these meccas of spicy sandwich meats and dried sausage-looking things until I moved to NYC in 1995. And, subsequently, this commuter-corridor suburb a decade later.

Turns out, I don’t really take advantage of the Italian-ness of places like Belgiovine’s. Maybe it’s because I refuse to pronounce capicola like “gabagool” and am flummoxed by how to say “mozzarella” without sounding like an uninitiated noob. But mostly it’s because I don’t dig on swine. And most Italian meats are made of pig. That doesn’t stop the family from ordering all sorts of salamis and hams and that stuff with the swirly fat and weirdness in it. Because they hate me. Kidding.

Look, you know this place is the real deal because there seems to always be a fire engine parked outside. Meaning that the firefighters get their sandwiches here. And, if you’ve watched as many food shows as I have, you’ll know that there’s a funny foodie culture in the firehouse. I suppose it’s a function of a job with inconsistent peaks and valleys of action and a lot of sitting around thinking about the next meal. But, yeah, I’ve walked into this joint to pick up my order and literally heard the small crowd of mainly dudes addressing all the Anthonys and Mikeys and Sals. In other words, I’m the least ethnic guy in the place… Italian-wise. But something that Hipster Dad told me years ago: if you’re looking for a good Japanese restaurant, for instance, look inside and see who’s eating there. If it’s a bunch of white people, move on to a place where actual Japanese people are eating. Vaguely racist, I suppose, but probably good advice. So, I see firefighters, Sal, Mikey, Anthony/Tony/AJ getting their subs from Belgiovine’s and I have to figure they know their stuff. Certainly more than I do, at the very least.

Of course, I’m ordering a turkey and swiss sandwich. Or roast beef and cheddar. Or, on a lot of occasions, a tuna sub with tomatoes, onions and lettuce. If I’m feeling really crazy, I’ll get something called The Petey, which is grilled chicken, fresh mozzarella and roasted peppers. All of which are served on locally sourced bread. This is where you realize the bread often makes the sandwich. Theirs is substantial and generally decent. Occasionally you’ll get a loaf that’s overcooked. Which makes the meal a little tough to eat. Like meat served in a catcher’s mitt. That’s not often, mind you. And not really their fault. But it is a risk that you don’t run at a “soft bread” joint like Subway. Of course when a Subway roll is stale, it’s like eating a cardboard box that’s been left out in the summer sun. It’s bad. Not to compare Belgiovine’s to Subway in any way whatsoever. Beligiovine’s product is obviously far superior.

When it comes down to it, Belgiovine’s is a solid choice. Hipster Jr. feels they often put too much ham on their Italian Super Combo, and Hipster Jr. Jr.’s eyes bugged out of her head when her Genoa Salami sub roll once had sesame seeds on it. But otherwise it leaves the family satisfied and full. I do feel like either it’s become more popular over the past couple of years, or else people have just come back in force after COVID lockdowns. This has lead to longer wait times — though still not too bad — and occasional crowding inside the small-ish deli space itself. There has also noticeably been turnover in the sandwich assembly line (like a lot of service industry establishments), which has lead to some variable meat amounts and adherence to my insistence that they not put oil and vinegar on Hipster Jr.’s Italian under penalty of death. Though the seem to have mostly settled down.

Look, I don’t know if there’s any difference between Italian meats from one Italian deli to the next. Pig is pig, I guess. But Belgiovine’s is consistent, friendly and plentiful. It’s also super-close to Hipster domicile. I can order online and pick it up, circle back around and pick up some chips at the Krauser’s. The Jr.’s rarely complain, I’m happy and everyone goes into their food coma with a smile on their face. Mission accomplished.