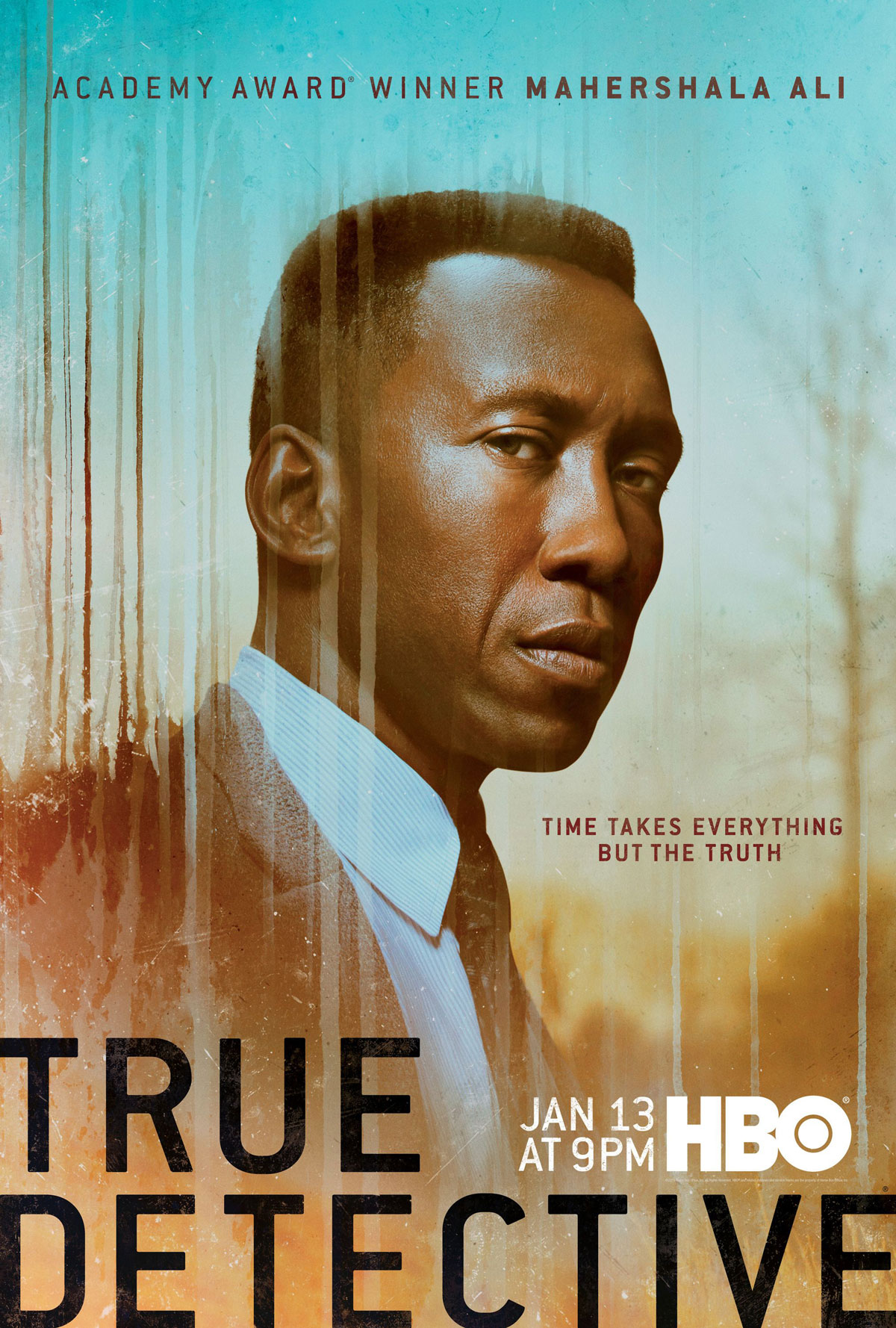 True Detective is theoretically a prestige show on a prestige network, but the series and its anthological approach means that even if you loved season one or hated season two (which is the general consensus), you don’t really know what to expect with season three. After all, season one was a taught, but trippy, voyage into the occult with our stoner friends, McConaughey and Harrelson. True Detective: Season Two was a misery fest of sad people, way too serious for its own good and pretty much verging on the edge of unwatchable at times. So, I supposed there’s nowhere to go but up. But who is the audience at this point? Who is excited for this type of period detective noir? It should be lots of people, but without an EDM soundtrack or huge set pieces, what chance does it stand?

Of course, it does have Mahershala Ali, a guy who, if you haven’t heard, has been in the entertainment news of late winning some hardware and just generally making a name for himself as a go-to actor. I thought the dude was young — or at least a lot younger than his co-star, Stephen Dorff — but I am completely mistaken. It’s just because I’ve only seen him in the past couple of years, but Dorff seems to have been around since the beginning of time. He has seriously been in stuff for like 33 years! But, in truth, they’re basically the same age — which happens to also be right around my age. Yay, GenX. And, after seeing this, I understand why Ali is the man. But, Dorff. Dorff is really a revelation. Seriously, though, the guy is really tiny, but is wonderful as Ali’s lonely detective partner. I paid twice to see his 1987 movie The Gate in the movie theater, so I have a soft spot in my heart for the guy and have been pulling for him for going on thirty years. I think this could lead to a second wind in his career arc, which would be super- awesome.

I think we can kind of take Season Two of this series and just kind of ignore it. This third season certainly seemed to, while making a few references to season one. Like season one, the “plot” here involves a case of missing children. Two children, a brother and sister. The brother’s body is soon found, but the sister is seemingly whisked away into the bigger world. While the thread of this crime runs between the three separate timelines (1980, 1990 and 2015), the series is really about the relationship between Wayne Hays (Ali) and Roland West (Dorff), the two Arkansas state detectives assigned to the case. Their relationship, of course, is tied directly to the crime, as is everyone who comes into their lives.

And that’s the thing about True Detective. The plot is kind of secondary. There are feints and red herrings galore. There are hints and indications that send you down the Reddit hole. Was this missing girl involved in some wide-ranging occult sacrifice thing? What are the conspiracies, large and small? It’s all the same issues that the two detectives struggle with and obsess over. Hay’s girlfriend and eventual wife and mother of his children, Amelia (Carmen Ejogo), even ends up writing a best-selling, true crime novel about the case, which also weaves in a lot about her and Hays’ relationship and what they went through while he was trying to solve the crime. It’s no mistake that Ali’s character’s last name is Hays. Because in the current, 2015 timeline his character is literally in a haze due to the early onset of Alzheimer’s. Amelia is dead in that timeline, so Hays is alone looking back on the case, but of course his memory is unreliable and his reality kind of floats in and out of the three times in a fluid manner that throws doubt into the whole story.

But, like I said, none of that really matters. The show’s writers do a good job of jumping in and out of the timelines, keeping certain mysteries mysterious until all of the threads come together. But it’s not until this happens that you realize that it’s not the crime itself that was the mystery, but why certain relationships (Wayne and his wife, Wayne and Roland, Wayne and his daughter) waxed and waned over the years. You want the sensationalism of the grand conspiracy and the awesome reveal of how season three is tied to season one and all the other amazing theories that pervade on the Internet and podcasts. But the show’s creator, Nic Pizzolatto, has decided that that is not what he’s interested in this season. Not by a long shot. And when you look back on the season it’s pretty obvious that he is almost trolling our desire to have this in our television shows. He even sticks a character in the narrative — an audience avatar in the form of a conspiracy-leaning documentarian — to whet our appetite for the big reveal that he has no intention of giving us. It feels a little like he’s trolling us, but I think his intention in giving us something more wholesome, more life affirming, more human, is Pizzolatto giving us something he feels we need more than another mystery box show that is ultimately empty.