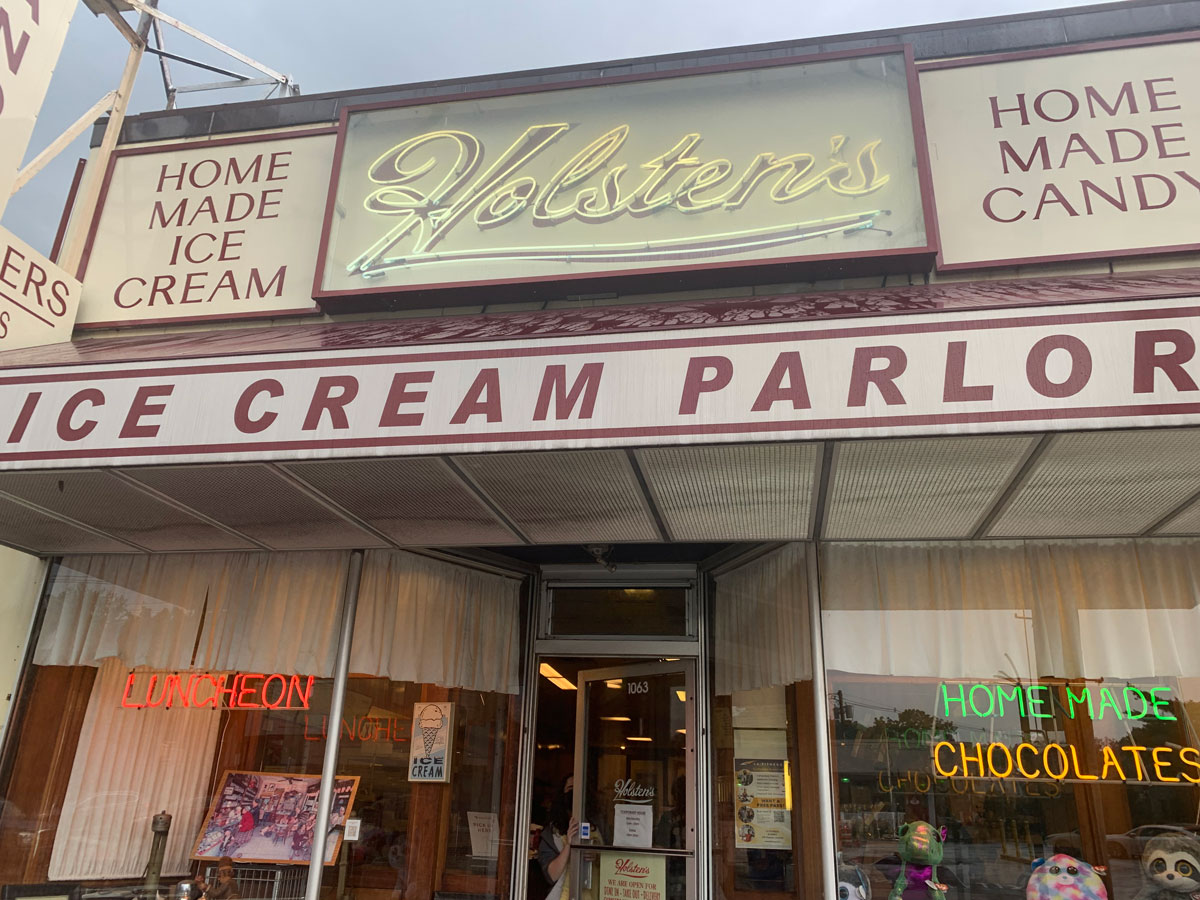 Before this was The Sopranos joint, it was just the local rundown diner and ice cream parlor where your little kids wanted to go after graduating fifth grade or to celebrate a wonderfully out-of-tune chorus performance. It was the place your parents got suckered into buying a toy car or Beanie Baby from the random pile of junk Holsten’s put out for the very purpose of suckering grandparents into buying more junk to fill your house (and not theirs). It was serviceable, but also weirdly good in both a nostalgic and satisfying way.

And, frankly, I’m not certain why Tony and family decided to come to this particular restaurant. On this particular busy intersection of Bloomfield, New Jersey. It’s not necessarily near the Soprano’s house. It’s certainly not a sexy spot to literally end one of the most celebrated television series of all time. And, don’t be fooled, the version of Holsten’s you see on the show isn’t what you’re going to get when you walk in. The chiaroscuro lighting, the jukebox playing 70s and 80s power pop, the booths that can actually fit four adults, including one the size of Tony Soprano. None of that is here. It resembles a 1970s basement, truth be told. So, why, again, would they use this place to wrap up this beloved show?

Well, because, like The Sopranos, this joint is about family. It is the definition of a family restaurant. Any hour of the day, there are kids here. Babies, toddlers, tweens, teens. You name it, they’re here. Eating those thin-pattied burgers off the flat top, well-done fries and, of course, hot fudge sundaes in silver dishes. Sometimes with enough hot fudge, often times with not enough. Because the help is also made up of children. I mean not like child-labor-aged children, but teens, who are not known for their care with a fudge pump. Oof, that sounds super-gross. Sorry. And, of course, the place trades on its Soprano fame. Photos of the cast and crew line the walls. Because New Jersey just can’t help itself.

Anyhow, I imagine that those tour buses that must inevitably pull up and dump people out to purchase some homemade chocolates (which actually make a really nice gift to bring to peoples’ houses) or a sundae might be disappointed with what they find inside. Hollywood magic and all of that. But that doesn’t mean even those of us who have spent a decade or two seated in one of their tiny booths, looking over their simple menu and opting for the burger, once again, don’t feel like it’s a place our children will feel a warm feeling about as they age. They don’t know that feeling is nostalgia, but we know. And that’s what makes Holsten’s what it is.