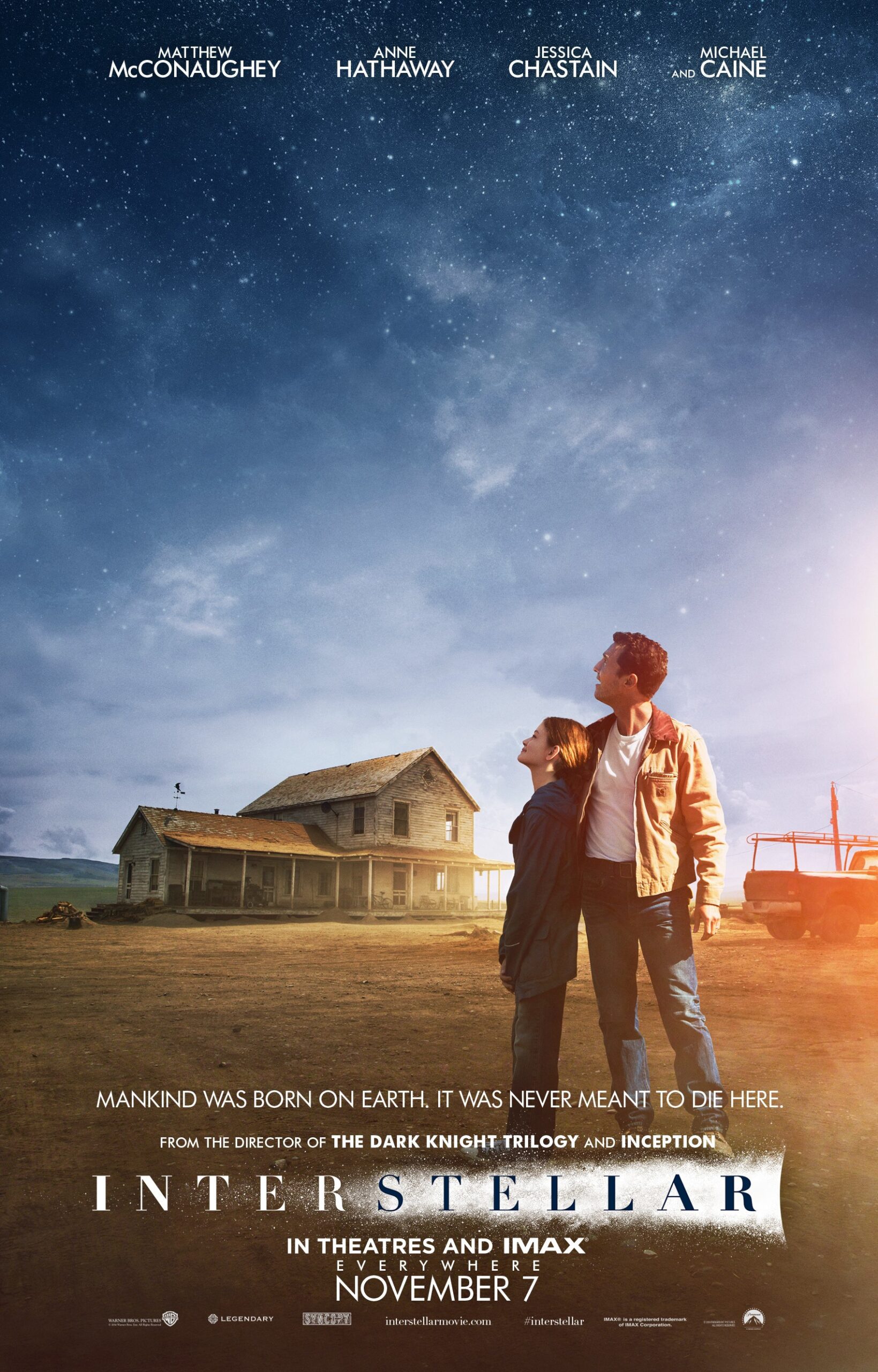 For a very large film, this thing felt remarkably small. Maybe it’s the silence of space or the oddly myopic view of the world we’re exposed to, but for a movie that is essentially about the end of the world, the thing seemed ready to go out with a small sigh. I mean blight is not the sexiest of apocalyptic scenarios. It’s basically the slow choking of the world’s food supply. Dying of starvation isn’t the same as dying in the flaming shards of a giant meteor or alien invasion. It becomes a fact of life and something that you have less and less of on a daily basis until you are no more. Death by a thousand cuts.

And that’s how the pacing and storytelling of this movie generally proceeds. When you put the world in the hands of an astronaut turned farmer (played by a slow-talking Texan), you know you’re in for a barn burner. Mix in string theory, astrophysics and time theory and you have a movie that sounds like a dog out the gate. But put Matthew McConaughey in the middle of his golden age and get the director of Batman on it and you go from esoteric nerdfest to blockbuster real quick. Even with perennial punching bag, Anne Hathaway, playing second fiddle.

So it’s clear that the makers of the film (or maybe it was just Nolan’s brother) read a bunch of books and talked to theoretical scientists about space and time and the fourth dimension and shit and basically origamied it into a script. So this is unlike a typical film where they write a love story or a disaster movie and then go and stick bits and pieces of science into it to make it seem sciencey. Or others that start with a single idea (i.e. an Ebola-like plague) and put enough science into it to make it seem well-researched, but the plot is still one about heroism and not the plague itself. This one, though, treats the science as the star. The convoluted, confusing-ass science of it all. That said, I feel like some Hollywood so-and-so got ahold of the brothers Nolan and was like “Look, guys, I get that you love making bleak films that twist people’s brains into knots, but we need to give the audience more than an apocalyptic film filled with worm holes and the fifth dimension and stuff that only Neil deGrasse Tyson would understand or care about. How about some, you know, family stuff. Something the common folk can sink their teeth into. Ooh, how about instead of saying the fifth dimension is all that time stuff, we say the fifth dimension is love! Yes!” Or that’s the conversation that I imagined happening. Or maybe the two Mr. Nolans have softened and/or taken a course at the Learning Annex on blockbuster script writing.

Of course the movie looks absolutely amazing. There’s a planet that is nothing but giant waves, which is one of the cooler things I’ve seen on film in quite a while. And seems particularly inventive. Though the overall plot is nothing remarkable in terms of its idea of a team going in search of another team in order to save the planet. Sunshine is the closest in terms of approach, with the fate of humanity hanging on what seems like a hopeless, one-in-a-million rescue mission, though that movie, rather than delving into the theoretical science, went all god on us. The set designs, especially the one crazy piece at the end of the movie, are definitely reminiscent of those from Inception, though despite Mr. McConaughey’s McConaissance and all that, he is no Leonardo DiCaprio. So while Inception felt entirely new and fraught with crackling emotion, this one doesn’t quite have the urgency that a stronger actor might bring to it. Granted, the story line, while confusing, did spur Ms. Hipster and me to Google the shit out of time-space stuff. So in terms of spawning conversation, this thing did a lot. But in terms of getting around the whole time-travel paradox, I still have a ton of questions it, like every other time-travel movie, failed to address. If only I had paid attention in my astronomy class in college.