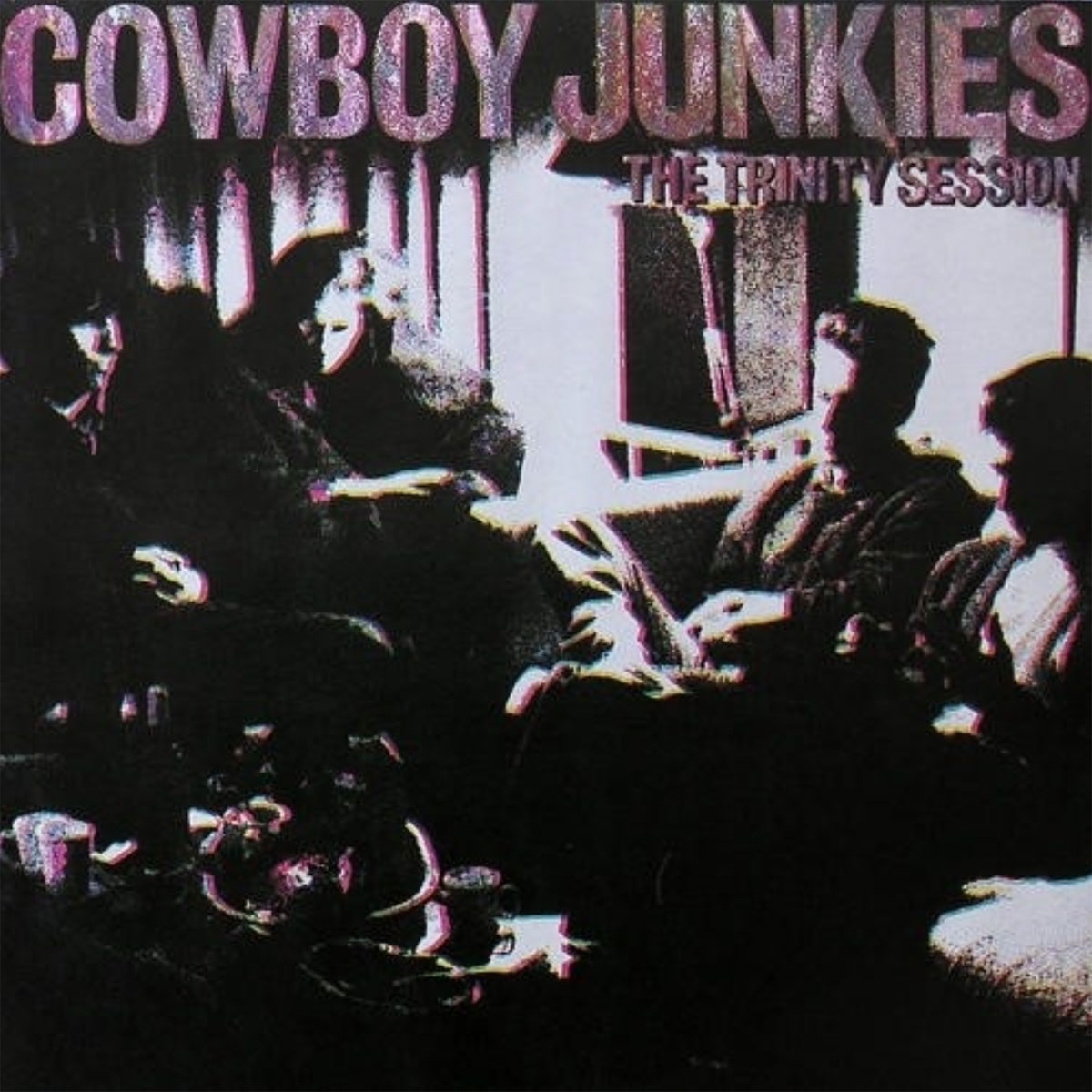 What a weird album for a 16-year-old guy to own. Cowboy Junkies are not exactly punk. They’re not hip-hop. Shit, they’re not even rock ‘n’ roll. Though what passed for rock in 1988 was probably in question. Because this — this slower-than-slow alt-country, blues album — was lauded by the alternative rock community as a breakthrough of some sort. And, I swear, that was what passed for hipster back in the day. Yes, this might have been one of the original hipster albums. So uncool and weirdly niche that it somehow came back around to be cool. Lest you forget, this was the late eighties — the primo era of the coffeehouse. And, yes, I was hanging out in coffee houses in Hollywood or wherever back then, where you were almost guaranteed to hear Cowboy Junkies’ cover of “Sweet Jane” at least 17 times while drinking a caffè mocha from a giant, chipped mug on a vintage couch.

The oddest part of this album’s success is the fact it’s half cover tunes. Granted, some of the covers are slowed down so much that they barely register as existing songs. I think that most people know Hank Williams’ “I’m So Lonely I Could Cry,” but the Cowboy Junkies injected some sort of heroin stupor into the song, rendering it almost unrecognizable while you’re inside of it. It ends up sounding like the song you hear in your brain as it shits itself in a dive bar toilet after you’ve overdosed on bad smack. As Margo Timmins’ angelic voice accompanies you to wherever it is bad cowpokes go. Colorful, but true.

Of course the most popular, and probably the song most associated with this album and this band in general, is their cover of Lou Reed’s “Sweet Jane.” For those of us who were teens when this came out, it may have been our first exposure to the iconic song. And despite me heading off to Lou Reed’s alma mater only two years later, the Cowboy Junkies’ and not The Velvet Underground’s version was my totem. The song was absolutely everywhere. And even cropped up in another very influential movie right after my college tenure, Natural Born Killers. I feel like that film even renewed the interest in the cover version of the tune, although I may be imagining things.

The whole album feels like a 45 being played at 33 RPM. There’s this languid, tossed-off quality to the thing that is and was very unique. Like the musicians are kind of sitting in and then walking away for a smoke break and then rejoining when the mood strikes them. It has a very David Lynch, Roadhouse from Twin Peaks vibe about it. So much so it makes me wonder if Lynch garnered some inspirational for the tone of that infamous bar from this record. I’m sure not, but I love making connections that don’t exist. But I swear it tracks.

Ultimately, this album is listenable in only certain situations. I know in high school it became my “sleep” record. I imagine it probably provoked some haunting dreams, but it was a nice respite from the other skate punk, Replacements and Smiths that I was otherwise listening to (among many other things). It’s not a band or a record you hear name checked a whole lot, but it certainly felt like a movement away from straight-up traditional alt rock that they played on the “modern” rock stations back then. You know when KROQ sandwiches some weird alt-country between their Cure and Erasure fix that something is afoot. Something that opened the doors to music that was neither elitist Euro snob-rock nor cooler-than-thou-white-guy-with-dreads dude core. Nope, this was a female-led group doing country and blues covers, along with some of their own genre-defying slowcore originals that temporarily rocked the alt rock world and forever cemented the hipster cross-over as a thing.