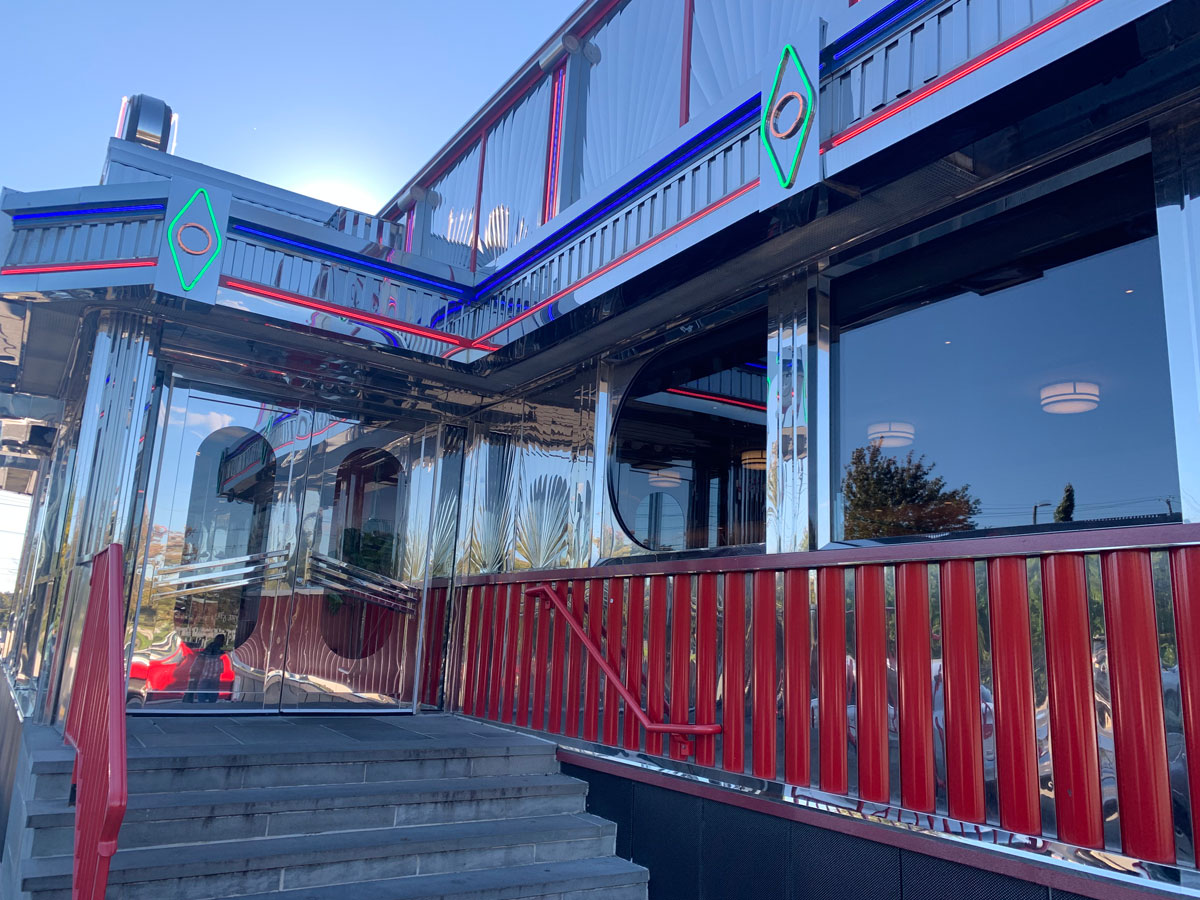 This used to be considered a “classic” NJ diner. In fact, Tick Tock was probably one of the first diners Ms. Hipster and I went to on our jaunt out to The Garden State to see what the land to the west of NYC had to offer. But its classic-ness has in and of itself brought on its demise. It’s become a parody of itself in 2022, taking its little bites of fame (the Rolling Stones or some such band came here after a gig at MetLife) and ran with it in a way that feels almost unseemly.

First, Tick Tock was never my diner of choice. I didn’t grow up with diners, so perhaps my idea of what a diner is or should be is a late-in-life revelation. But my idea of a diner is a Greek diner. You know the ones. Menu longer than most novels with everything from a “happy waitress” to lobster thermidor. You know, just in case you want to get fancy. But Tick Tock isn’t this. It’s what I can only speculate is an Italian diner. Of course I didn’t grow up with Greeks or Italians either, so perhaps this is responsible for both the dearth of diners in LA and my ignorance about various Mediterranean-area European immigrant communities and their dining establishments.

So, no, Tick Tock doesn’t have my chicken souvlaki go-to. But, hey, if you’re looking for some salmon risotto or fettuccine alfredo, you’re in luck. And, yes, they do have all the requisite breakfast items, along with a list of sandwiches and burgers. Which I suppose checks a lot of diner boxes, if I’m being fair. They do have a Greek salad and a gyro pita sandwich as well, so they’re not completely without Hellenic-based grub.

But I just want a cheddar omelette this time. Sure, that’ll be twelve bucks. And let’s pretend I eat bacon. So I order a side of bacon. That’ll be nine bucks. Nine bucks! So, now my cheese omelette with a side of bacon is $21. Oh, damn, coffee. That’s another $3.75. My modest breakfast at this classic diner is now up to $25 before tax and tip (and a 3% convenience fee for using a credit card). Let’s call it $32.50 all in. For some eggs and a few strips of swine for one. Mind you, I did not order the lobster thermidor. Did I mention fries are nine bucks? The point is, the Tick Tock clearly thinks — what with its “fancy” website — that it’s a destination spot. Not just a place that locals drop into for a BLT and a cup of joe, but a place where tourists and people from… Bergen County might go out of their way to eat at. And, let me tell you, the food is just meh.

To add, as of the end of 2022, the restaurant is still rocking the weird COVID-era plastic separators, which are incredibly uninviting. And some of their famous neon is burnt out. They also seem to be suffering COVID-era staffing shortages, as our waiter was MIA for tens of minutes while we struggled for coffee refills and missing straws and whatnot. I know that a lot of establishments are suffering through similar issues, but this joint has supposedly been around since 1948, so you’d figure they’d have this whole serving customers thing down to a science. Even in its relatively sprawling seating arrangement. I just think there are better, more authentic Jersey diner experiences at this point in time. Because, honestly, if you want Johnny Rockets, go to Johnny Rockets.