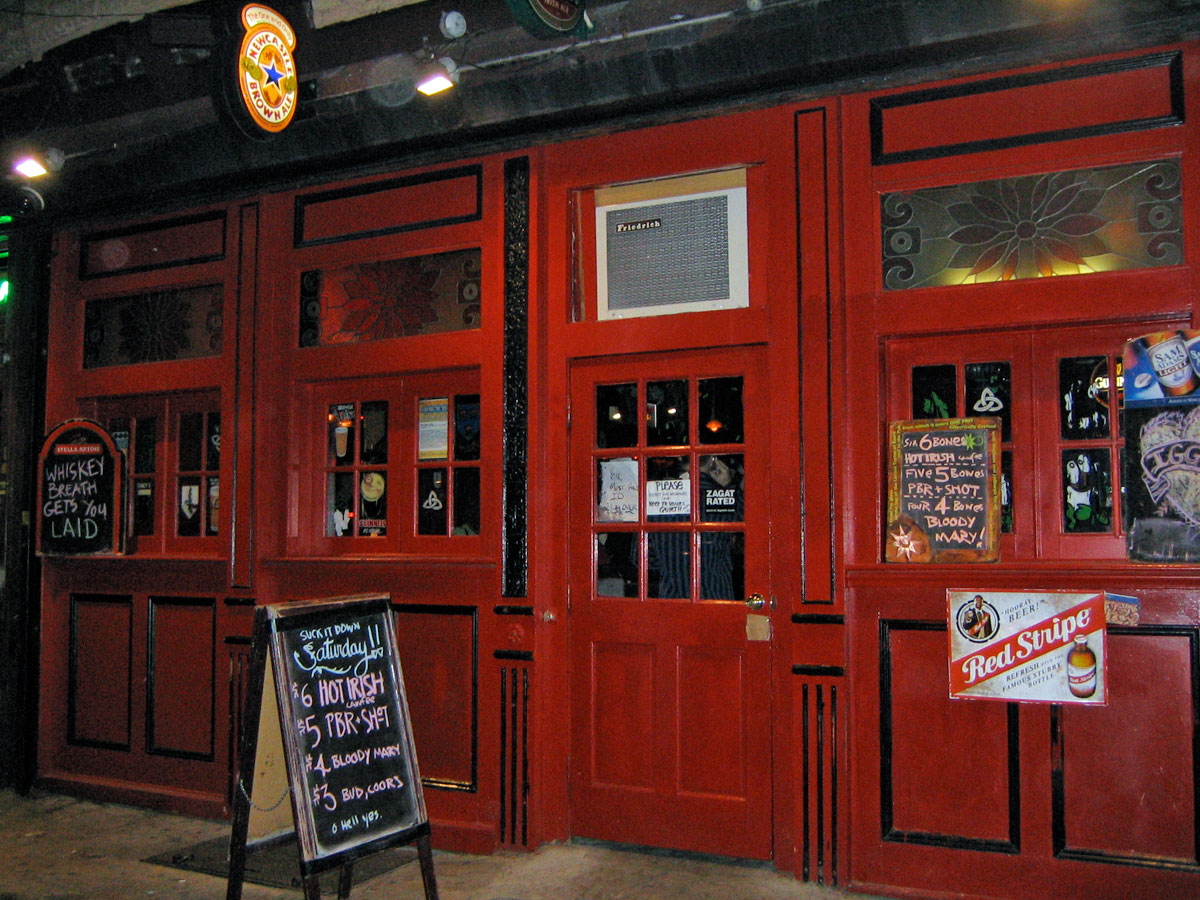 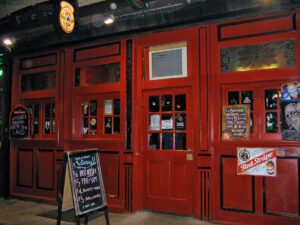 The fact that this place is in any way related to the ”ugliest place on earth” is both surprising and depressing. After all, I quite enjoyed myself in this little slice of Ireland on the LES. We could hear the brogues between the guffaws at the bar as Timmy and Tommy busted each other’s balls about girls and beer and jobs (or lack there of). They weren’t so loud as to be disruptive, but added flavor to the understated pub. I was hoping upon hope that the Iggy’s name was just a coincidence, and that the dreadful UES karaoke barf fest was just the result of lackluster ownership without an imagination–or Yellow Pages. No such luck. Would it up your opinion of me if I told you that the bassist from Tiger Beat band Fall Out Boy was sitting next to me? He wasn’t with me, of course, but being close to semi-fame is almost as good as being semi-famous yourself. We sat at our little table listening to Charlie and Eddie say ”fookin’ a” like a million times and speculated about whether or not a guy who plays a guitar (even semi-successfully) for a living should be hanging out anywhere but in bed with a supermodel. While the joint was hardly jumping at the early-ish time we were there, it provided a perfect, mellow environment for a pre-dinner drink. I guess it wouldn’t be until later that the brawls and rock show broke out. [MF]