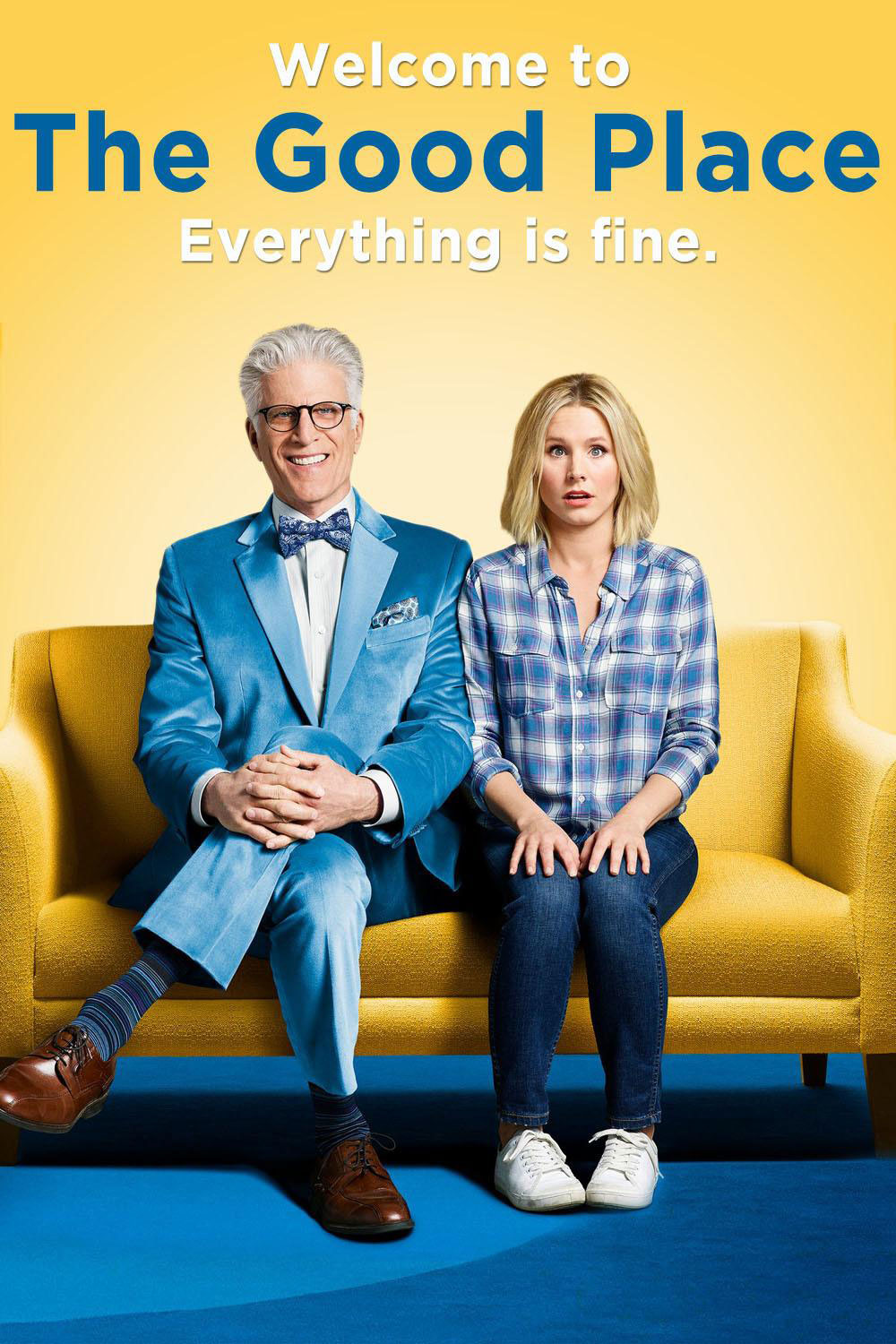 It seems like it’s been a million years since I’ve watched a major-network sitcom. Ok, there is one other on my DVR schedule, but New Girl has been a turd wrapped in nonsense for a couple seasons now, so I hardly even acknowledge its existence as anything other than a background time filler at this point. Prior to that, I think Modern Family was probably the last man standing, but that show too jumped the shark seasons ago when the dynamic of a gay and/or mixed family became as mainstream on primetime as police procedurals. So why this show? This seemingly vanilla situation comedy with its bright colors and somewhat hokey title? You know, the opposite of what we consider prestige television these days? Well, first, there’s Ted Danson. Ted Danson makes everything good. Literally, he’s the best thing in anything and everything he appears in. Starting way back on Cheers, his Sam Malone was subtly one of the funniest and most complex things on TV. And then there were his hysterical appearances on Curb Your Enthusiasm, his amazing work as the creepy, rich guy, Arthur Frobisher, on Damages and equally his stoned, rich guy on Bored To Death. And, of course, his incredible performance as the aging sheriff, Hank Larsson, on season two of Fargo. He’s just one of those guys who is almost impossible to take your eyes off of when he’s acting, and is just amazingly funny when he chooses to be.

Danson aside, the series was created by Mike Schur (aka Mose Schrute from the The Office), who had worked as a writer on The Office and was co-creator of Parks and Rec and even co-wrote the “Nosedive” episode of season three of Black Mirror. A pretty decent pedigree and definitely a motivating factor for me giving this series a look. Last I saw the other marquee star of the show, Kristen Bell, was on one of my many DVR casualties, House of Lies, which was one of the many Showtime shows in the vein of Californication and Shameless that mixed really dark humor and a cast of charismatic people doing pretty despicable things. It wasn’t a good look on her — like at all. We want the Kristen Bell from the Samsung Commercials, not the one doing coke and having sex with gross dudes in order to blackmail them to get ahead in business. The funny thing here, of course, is that she is, in fact, playing a character that is a charismatic person who does terrible things.

And this is the conceit of the show. Eleanor Shellstrop (Bell) is a selfish, self-involved, trashy human. She dies in an ironic supermarket accident and wakes up in heaven — or the show’s version of heaven. It soon becomes evident that the people she’s surrounded by are there (versus “The Bad Place”) because they were extraordinary humans. They were martyrs and scholars, people who bettered society and were selfless and giving in their lives back in the living world. So our friend, Eleanor, realizes she’s clearly been sent to “The Good Place” accidentally. The Good Place appears not as a kingdom in the clouds, but an idyllic neighborhood where everything is perfect and there is always frozen yogurt in many different flavors available whenever you want it. It resembles the town in The Truman Show on steroids. The “architect” of said neighborhood is the mononymed Michael (Danson), who is somehow attached to the man upstairs, but is a novice when it comes to designing these heaven neighborhood things. In Eleanor’s realization she’s been placed in error lies the tension and comedy that ensues. She comes into The Good Place an unrepentant asshole, but is paired with an incredibly earnest intellectual dude named Chidi (William Jackson Harper), who is supposed to be her “soul mate” based on their personalities (or whomever the “real” Eleanor is), but after also realizing she isn’t who she’s supposed to be, he takes her under his wing and tries to make her an ethical person.

My description makes the show sound kind of cerebral and not at all funny, but somehow they pull off an interesting con job in making us laugh through snappy, timely writing, terrific interplay between the diverse cast of characters and even some physical humor that could come off as sophomoric in less talented hands, but hits all the right notes here. Plus, they are constantly bagging on Florida, EDM, fedoras and various other sources of douchebaggery. There is also an episode where our core of four characters go to a woman’s house who died in the 80s and just can’t get enough cocaine. And who doesn’t love 80s coke-head jokes? The thing is, the jokes are specific and timely and seem to be geared for an audience vaguely in my age range and proclivities. But at the same time, there is an honest dialogue about morality and what makes a person a decent person going on in the background. Granted, it’s often submarined, or at least kept from bogging down the laughs, by the surfacing of asshats like the dude from The Bad Place, Trevor (Adam Scott), who plays his usual shithead self in the funniest possible way. And this, I think, is what network sitcoms are supposed to do. What shows like New Girl used to do. They create characters with whom we can relate, put them in funny situation, layer on absurdity and provide us a distraction from our everyday lives. And The Good Place does that in spades, providing us with a panoply of “good” people who are, on the surface technically good, but are so altruistic and/or up their own asses that they remind us of those people we know who kind of make us feel awful for ever even thinking bad thoughts about them or others, but are still truly punchable. In other words, the creators know that their audience is way more Eleanor than they are Chidi.

Self-reflection and all that being the theme of the show to some extent, the true heart of the series is the creativity and surprising revelations they manage to peel back and continue to surprise us with. The thing is, I was riding along thinking the show was one thing the entire season (13 episodes) and then not until the last episode does it reveal itself to be something completely different. It’s a pretty brilliant twist, and one that made the show even smarter and more sharp than I even knew it was. I’m glad to hear it’s been renewed for a second season, and can’t wait to see how they resolve what could, in fact, make this a really interesting exercise in awesomeness.