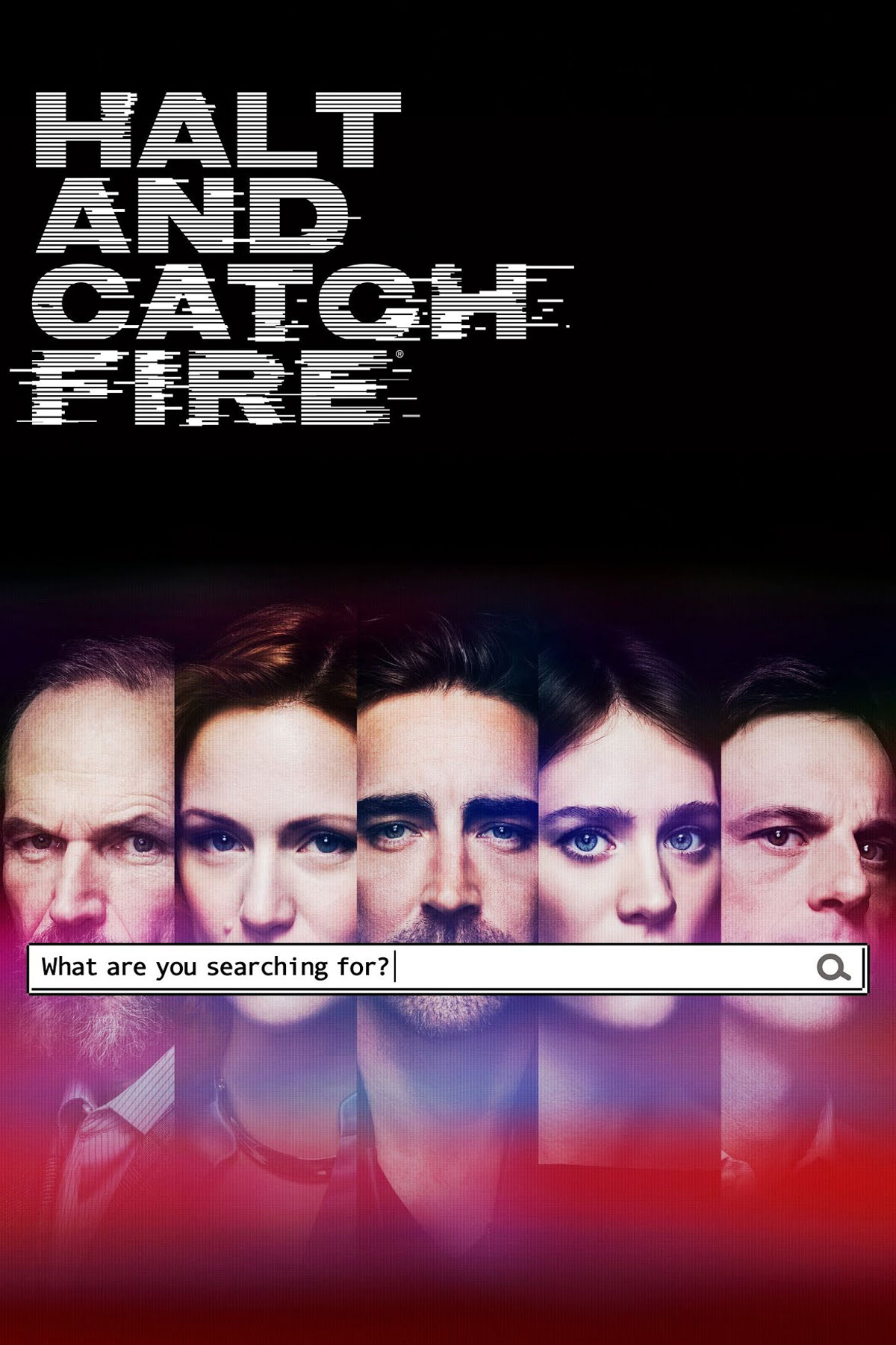 Man, I watched four seasons of Halt and Catch Fire and I’m still not certain I actually liked it. Honestly, though, I’m not sure the show’s creators had an idea in their heads that someone would stream the entire series from beginning to end over the span of several weeks. Because viewing it that way exposes the inconsistency of some of the main characters, and thew cul-de-sacs into which they drove them. Take Joe MacMillan (Lee Pace), for instance. The mysterious, ruthless sales dude with serious American Psycho vibes who suddenly and inextricably becomes more and more docile until the end of the show when he’s this inert nerd completely stripped of anything interesting or consequential to do. It’s something that I imagine was obvious on the original viewing schedule, but just becomes almost laughable when binged.

Speaking of Lee Pace. Is he a not-so-good actor? Or just one who made some odd choices with his cadence, hand gestures and almost robotic delivery at times? Granted, the show’s writers make some hardcore decisions with his character that, early on, definitely cast him in that almost satire-like Patrick Bateman territory. Apartment baseball anyone? Despite that, he is kind of the initial tone setter for this fictional 1980s depiction of the early years of the PC race. They pair this master marketer with the brainy engineer, Gordon Clark (Scoot McNairy), and the rebellious young programming upstart, Cameron Howe (Mackenzie Davis). That’s a very simplified version of what’s what, but you get the archetypes. I’d say the three of them are the primaries the first season, and then you have Gordon’s wife, Donna (Kerry Bishé), who is a talented engineer in her own right at Texas Instruments and John Bosworth (Toby Huss), a good-ole-boy VP business dude who works at the initial company, Cardiff Electric, with Gordon, Joe and Cameron.

The show follows these characters from 1983 Dallas, and their desire to compete with IBM in the PC market, to 1993 (or so) Silicone Valley as they jockey their way in the browser, ISP and tech investor race of the time. It honestly feels a bit niche when seen through this lens. And, at times — even for a person who has peripherally been in a sector of this business — is a little esoteric and, frankly, dry. I can only care so much about Web indexing. Regardless, the show’s creators push the drama. Especially in the early seasons. Drama about hardware failures. Drama about funding failures. Drama about software and coding failures. And inter-personal drama that at times feels mostly done just to fill in the crevices with some humanity. Actually, the Gordon and Donna familial drama around work-life balance, ambition and credit feels earned. And some of the missing-father/missing-child relationship between Cameron and Bos also feels pretty spot on. But the stuff between Joe and Cameron. And Joe and Gordon. And, honestly, Joe and most anyone just feels forced and kind of awkwardly inserted. I think the writers watched too much Mad Men and kind of went half-Draper on us with Joe’s damaged psyche, but just couldn’t pull the trigger on making him a soulless ghoul and basically just made him confusing. And, ultimately, inconsequential. Especially when it comes to inter-personal and romantic relationships.

Much in the same way I didn’t see Joe becoming a nutless nerd, I didn’t foresee them essentially turning Donna into the series bad guy. Ambition, it seems, is the overriding evil in their eyes. Especially when wielded by a woman. Although I’m certain that’s not the message. Quite the opposite. So why make Gordon the affable nice guy whose hard work pays off time after time with financial reward and respect from his peers and portray Donna as the ruthless asshole who can only get anywhere by screwing people over, stealing ideas and generally being a stone-cold jerk? And perhaps an alcoholic? And definitely a pretty terrible parent? I think there are portions of her combative working relationship with the much younger Cameron that are certainly interesting in terms of their female dynamic, but, once again due to the nature of how I watched it, it seemed to oscillate and swing wildly at a pace that became almost absurd.

So, while most of the main characters had these arcs — or, in some cases, complete personality transplants — Cameron is the one consistent entity on the show. She is the through-line. She is the one, ironically, whose inconsistencies and foibles remain from beginning to end. Her stubbornness and infuriating ability to self-sabotage. She feels like a real person. One that is so full of contradictions and brokenness that we actually care about her well-being, as well as her success and failures. Some of this is due to MacKenzie Davis’ wet-eyed performance. Some is due to the dynamism of how Cameron is written. There are times where it’s a little too-too watching her throw herself around and go down in flames for the 47th time by her own hand. Yeah, she can be a real buzzkill at times. Especially after Gordon becomes the happy tech warrior and we get treated to two seasons of McNairy’s goofy grin. But she is, by far, the one who best represents what I think the series is going for. Including the excellent music they have her listen to.

Look, I know people love and revere this show. But it’s a really fuckin’ weird show at times. There are some seriously suspect — and, at times, cheesy — directorial choices. There are some seriously suspect character choices. There is a shell game the show’s writers play with historical realism and inserting our characters in the middle of it. In some ways our little gang are like the Forrest Gump of the tech world. Which, as someone who lived through it, is kind of weird. I worked for AOL, fer god’s sake! So it’s weird that we live in some sort of alt history where fictional Comet and Rover Web directories share a world with Yahoo! In fact, everything that our characters do — and is at the crux of all the narrative and drama of the show — is fake in the world of real. In other words, if you look at real history books, none of their names or any of the systems, platforms or products they created or ran will exist. But all of the companies that succeeded where they failed do really exist. Even if they eventually fell to the tides of time and mergers and tech advances. Basically, you know that every venture they undertake will eventually fail. Because history tells us it must. Lowering the stakes to the point of shruggery.

I definitely didn’t find it at all as enjoyable as I’d hoped. Despite the subject matter and era being right up my alley. At times it felt to me like a much more timid and less creative version of Mr. Robot. I know the two shows have not much in common beyond the obvious tech angle, but while Mr. Robot purposely went weird, strange and surprising, Halt and Catch Fire kind of dipped its toe into that, but quickly retreated and just left you with a weird aftertaste. Like it desired to delve into a little surrealistic technology-corrupts-absolutely story, but couldn’t make up its mind what it really wanted to be. In fact the first season doesn’t even feel like the same show as subsequent seasons, despite focusing on the same charters. Who, I mentioned, with a few exceptions, seemed to have personality transplants in the off-season. Sure, we got a pretty decent inter-personal story between husband and wife. Mentor and protégé. And even fathers and daughters. But the sluggish drudgery of watching Joe put up Post-It notes and dudes soldering circuit boards and so-and-so coming up with operating systems all felt a little too much like work. Normally I would never complain about the minutia of invention or process, but if that’s your thing, I’d look to some early seasons of Better Call Saul if you want to watch it mastered. This version just kind of made me tired after a while.