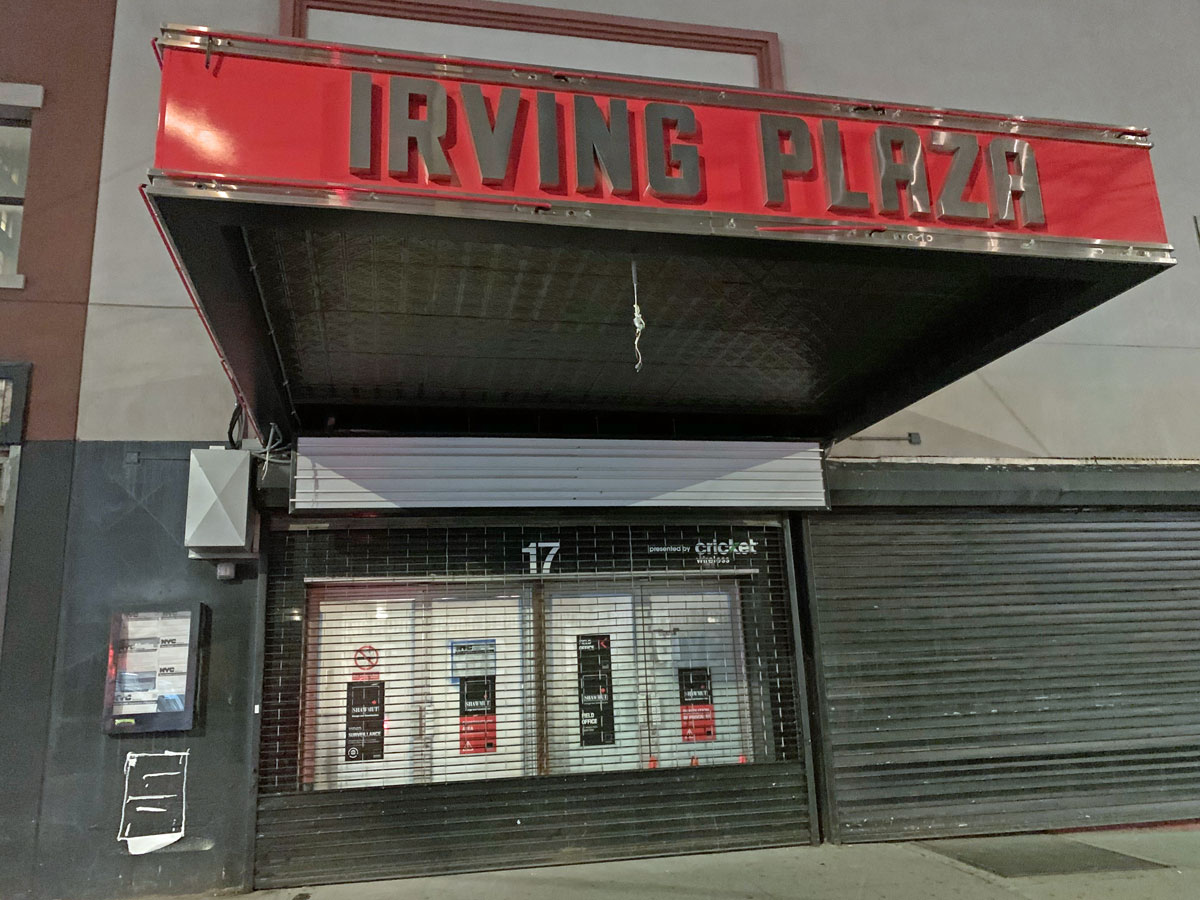 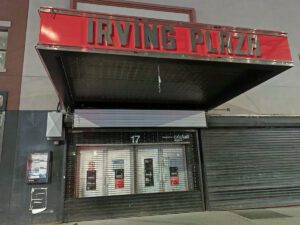 Crap, I’ve seen a bunch of shows here. They’ve ranged from horrendously boring (Elliott Smith), to terrifically danceriffic (The Dismemberment Plan & Soul Coughing), to just plain bizarre. And that’s where my second-to-last show there comes in. At the Joe Strummer Tribute Show, I saw some old dude jump up on stage and sock the lead singer of The Detachment Kit in the head for f’ing up the The Clash’s “Spanish Bombs.” Funny stuff, but not quite as funny as the short, ugly lesbian-fest that was the Sleater-Kinney show that I attended with a then pregnant Mrs. Hipster. If the kid doesn’t have permanent hearing damage from all that screeching… The club itself falls somewhere between Bowery Ballroom and Roseland–it’s just a little too big to be intimate, but small enough that you don’t feel like cattle at the state fair. Granted, I still manage to stand behind the dude with the top hat or the seven-foot indie kid with the dirty afro. Come to think of it, we managed to find the only dudes in the place at the last show, and they happen to be banker fucks that thought a night of girl power, Budweiser, cell phone calls and drunken high-fives would somehow interest the rest of us. Despite the frat dicks, Irving Plaza is relatively cozy, has an uncrowded upstairs bar that for some reason people avoid, and still tends to keep their ticket prices reasonable. While I still prefer Bowery Ballroom for all of it’s indie cred, this joint is perfectly acceptable, and not a bad place to spend an evening trying to stop the blood in your ears from pounding. [MF]