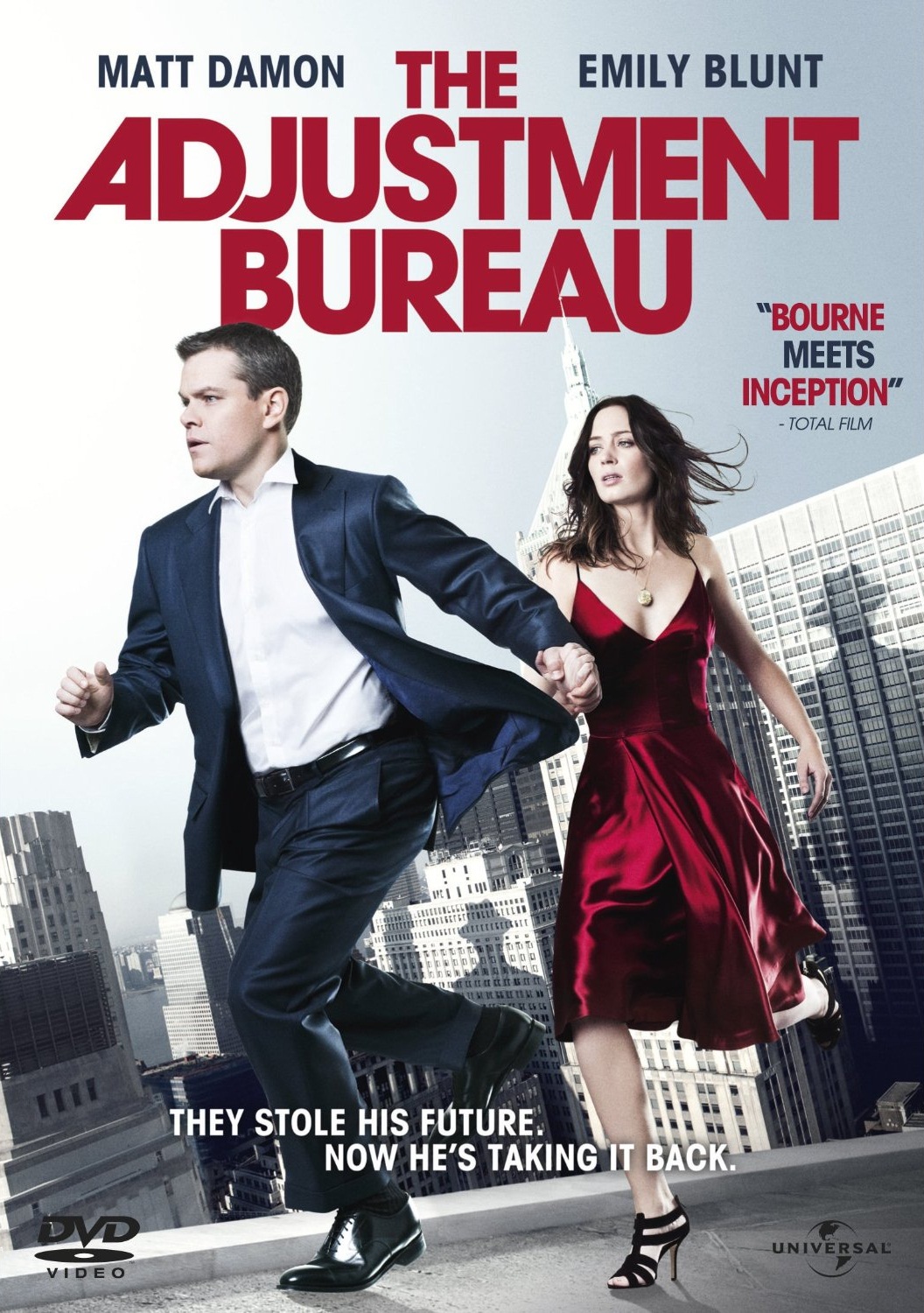 It is super-easy to fuck up when translating a Philip K. Dick book into a movie. I mean a lot of his stuff is kind of tailor-made (with some tweaks) for the big screen. Witness Total Recall and Blade Runner and even Tom Cruise movie to a lesser extent. But some of his more obtuse stuff is hard to justify. See This and That. And then there are movies like The Adjustment Bureau that seem ripe for the picking. It has all of the right elements that one looks for in a mind-bending thriller. But in the wrong hands, the one thing that’s truly at the heart of all his books — the element that defines him — can be rendered inert and make the movie flat.

And that one big element is paranoia. The guy was a total paranoid freak. He had a big brother complex. The world was against him, and all his best stuff has that at the center of it. Everyone is in on what’s happening but the central character, who is constantly running into the unknown and paranoid and mind-fucked into oblivion. This movie, had it taken the correct tack, has the exact same issue. But rather than play it that way, the filmmakers watered down the paranoia and benevolence and upped the spiritual and good-natured side of things. So instead of confusion and desperation and paranoia, we see Matt Damon goofily running around after this woman like a lovesick puppy. The shit needs to be dark.

Dick plots are always high concept, and this one is no exception. Damon is a congressman running for senate when we first meet him. He’s way ahead in the polls when a photo of him pulling some fraternity prank where he’s mooning is published in The NY Post. Filmmaker fuck up #1. The guy has a long record as a great congressman, is way ahead in the polls and a stupid photo is going to sink him? Unlikely. Plus, this is a perfect example where the filmmakers should have gone darker with the evidence against him and pulled a perfect Dick move (pun intended). The photo should have been a fake (but not provably fake) of Damon like shooting drugs while fucking a male prostitute and eating a small baby. And Damon, despite his protestations, has no way to dissuade people of its inauthenticity and loses because of it. Now that’s and Adjustment Bureau!

And what exactly is the Adjustment Bureau? Well, in this version they’re this kind of angelic group of dudes in throwback suits and fedoras who make sure life outcomes follow a certain path. So it’s never clear where the mooning photo came from, but odds are the bureau provided it to derail Damon’s aspirations, which actually lead him to make a concession speech that he becomes famous for. But right before making said speech he meets a woman in the Waldorf Astoria men’s room. She is apparently not part of the “plan.” A plan that includes really big things for Damon’s character.

So the rest of the movie is basically the Adjustment Bureau trying to keep this woman away from Damon, and Damon trying to track down and get with this woman (the slightly doe-faced Whatshername). She’s the world’s oldest up-and-coming dancer. He’s continuing his career as a high-priced consultant (weirdly, a job he starts the day after losing the election for senate).

But instead of him being stymied and thrown into truly dangerous situations and threatened at every turn and having his life and career truly about to be flushed down the toilet, he’s faced with these relatively benign Bureau guys who work more in physical misdirection and this neat trick or using doors around Manhattan to be wherever they want to be. They threaten to “reset” him once (which basically will erase his memories), but it seems an idle threat — especially considering they’re trying to get this guy to basically be president.

Again, the bones were there to make a truly suspenseful, dark movie, but they went almost slapsticky and goofy. Ms. Hipster said that it seemed like just a big excuse to use the neat camera trick of running through the door of a bank onto Liberty Island and then through another door into a bodega in the East Village. I don’t think she’s far off.