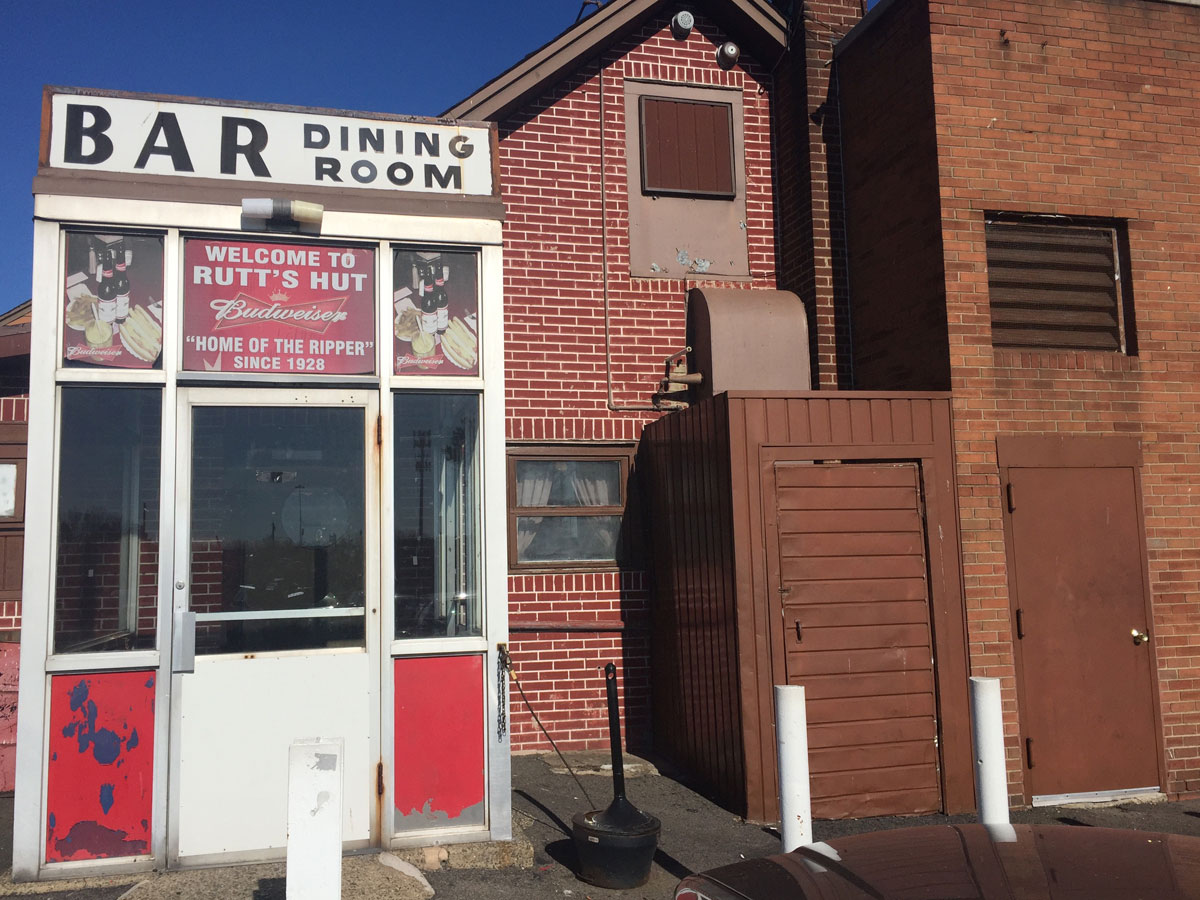 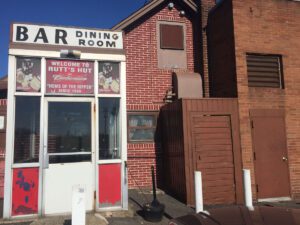 This place is not only an institution, it kinda looks like one. If that institution was a bizarro 1970’s time capsule built of linoleum, wood paneling and schmaltz. Eating in the dining room is an experience like no other. If you’ve ever been to one of those Jewish delis in South Florida in the 80’s, imagine that, but with half-height ceilings and instead of old Jewish ladies in giant glasses, you have fat dudes in Giants jerseys and glowworm, puffy sneakers.

But you’re not here for the atmosphere (which I truly cannot overstate how weird it is), you’re here for some fucking hot dogs. Amirite?! Because Rutt’s Hut — like their sign says — has been the “home of the ripper” since 1928. What the hell is a “ripper,” you may ask? A ripper is a fried hot dog. Thus named because when you fry the hell out of a piece of flesh encased in a skin, it’ll literally try to tear itself out of the encasement. So, a “ripper.” Gross, right?

Well, don’t think about it, just eat it. And because a hot dog’ll run you $2.20, you can eat several. Oddly, a hamburger is only $2.00. We didn’t eat one of those, but imagine for that price that they’re the size and texture of a very small drink coaster. But, I digress. The hot dogs. They’re fine. I mean I had been hearing about these things from locals for years and was expecting something revelatory. After all, I normally eat my dogs grilled or, if I’m really desperate, microwaved. I like Hebrew National. Ms. Hipster is a fan of Nathan’s. But neither of us had experienced the perceived glory of the fried weiner until this very day.

Let’s just say that the experience itself is more entertaining and disorienting than the hot dog itself. I kept having to punch myself in the crotch to make sure I wasn’t have some sort of LSD trip after pulling up to the industrial-looking surroundings and walking into this anachronistic establishment. The fact you aren’t allowed to smoke here feels almost wrong. Shit, I wanted to light up and I don’t even partake. Which all goes to say that this is definitely worth a single visit just to soak in the flavor of somewhere out of time, but other than that (and the cheap prices), there’s no reason to hustle back for the food. Unless, of course, you want to trip out out-of-town relatives or friends and give them a true taste of Jersey.