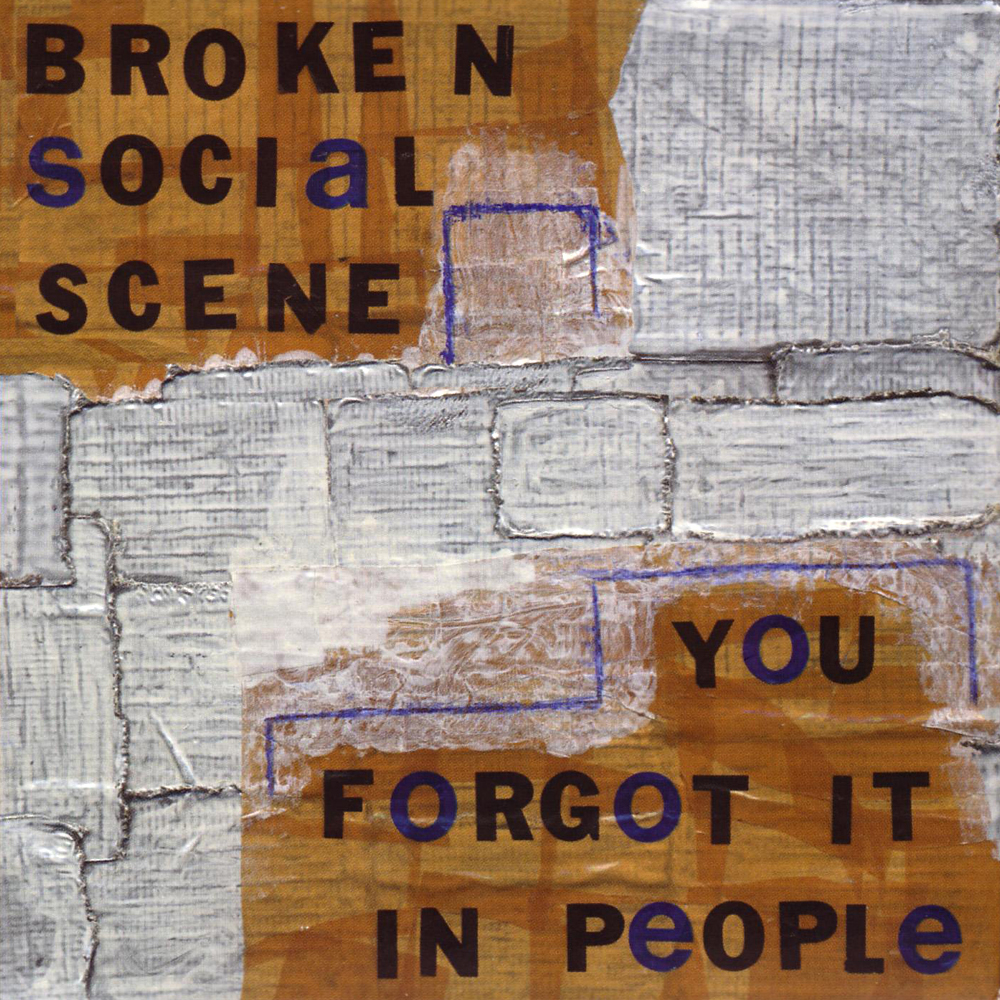 Broken Social Scene: You Forgot It In People

Let me start off by saying that opening tracks are somewhat important to me. I like to be instantly sucked into a record. So I was less than psyched when I heard the two minute instrumental track of ambient noise and a little trumpet that heads up this album. I also don’t generally dig all-instrumental albums. Despite not really listening much to lyrics in a lot of cases, they can often set moods and, I don’t know, I’m just a rock traditionalist that way. Despite this fact, the second, mostly-instrumental track, “KC Accidental” definitely got my attention with its Dismemberment Plan drumming and soaring guitars. Oh, also the whole music collective thing is weird in that it’s hard to say you’re a fan of a “collective,” but can often say you’re a fan of an album by one. Odd dichotomy, but one nonetheless. “Almost Crimes” is the kind of awesome music that the American public needs to hear, with its mixture of oddball singing, acoustic and electric guitar and driving rhythms, it makes everything else on the radio these days sound like absolute garbage. The album manages to be complicated but not overly challenging on the eardrums. It manages to be nostalgic and forward-thinking at the same time, but without resorting to the throwback sound of a given era that is all the rage these days. This isn’t going to be one blasting at the frat parties or anything, but any downtown lounge worth its salt could do worse than to throw this on the night the DJ calls in sick.