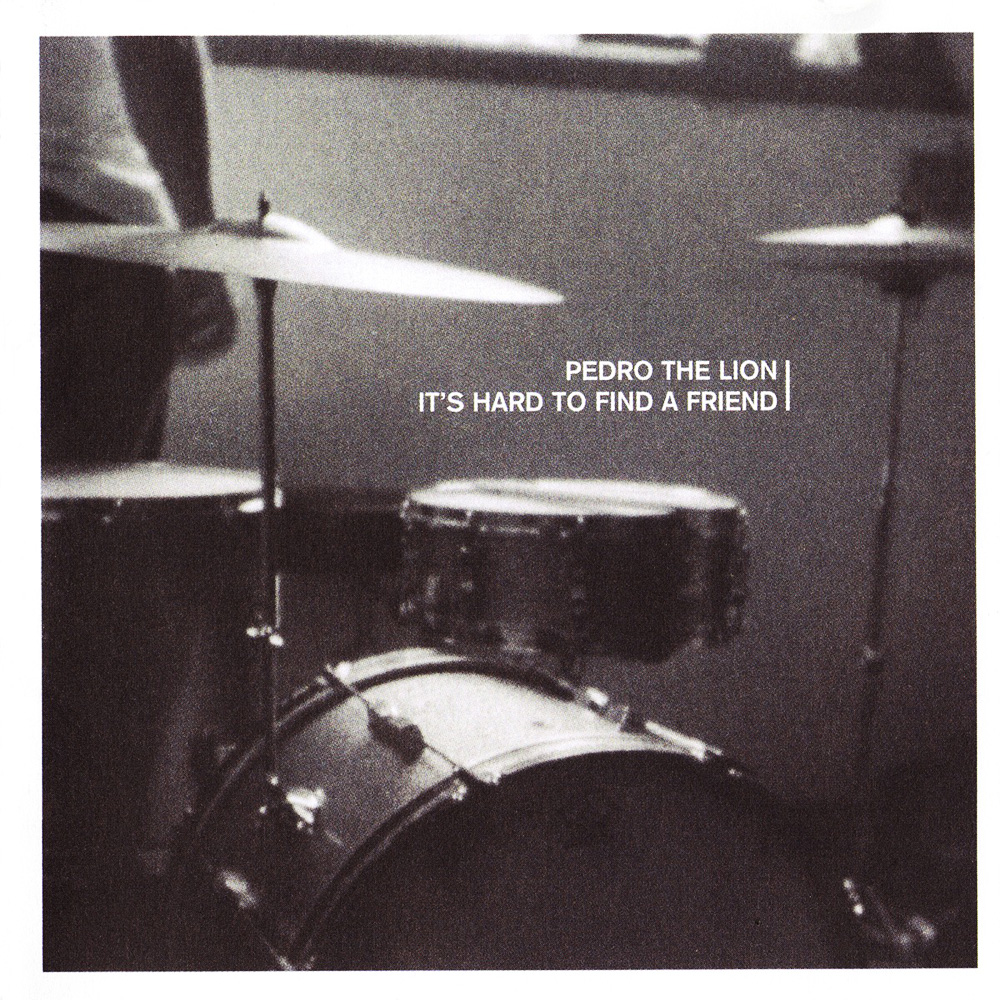 Pedro the Lion: It’s Hard to Find a Friend

Slower tempo folk-ish songs by a guy who loves Jesus isn’t exactly what I’d call my speed, but Pedro the Lion is just so damn cute that it’s hard to resist. In fact, I’m hardly bothered by the Christ thing (not being a believer myself), and it in fact adds an edge to his music that might not necessarily be there if he was just some secular indie crooner. I’m always searching for the subtext in his lyrics and applying my limited knowledge of the church to his questioning lilting. I guess this could be considered acoustic Christian emo? I mean the guy is emotional about girls and God, so why not? While not quite as cathartic as, say, The Mountain Goats, or as convoluted and intricate as John Vanderslice, this album is up there in that category. This is, in my opinion, David Bazan’s best album, and certainly up there on my list of best albums to mope to (especially when I’m totally mad at The Lord).