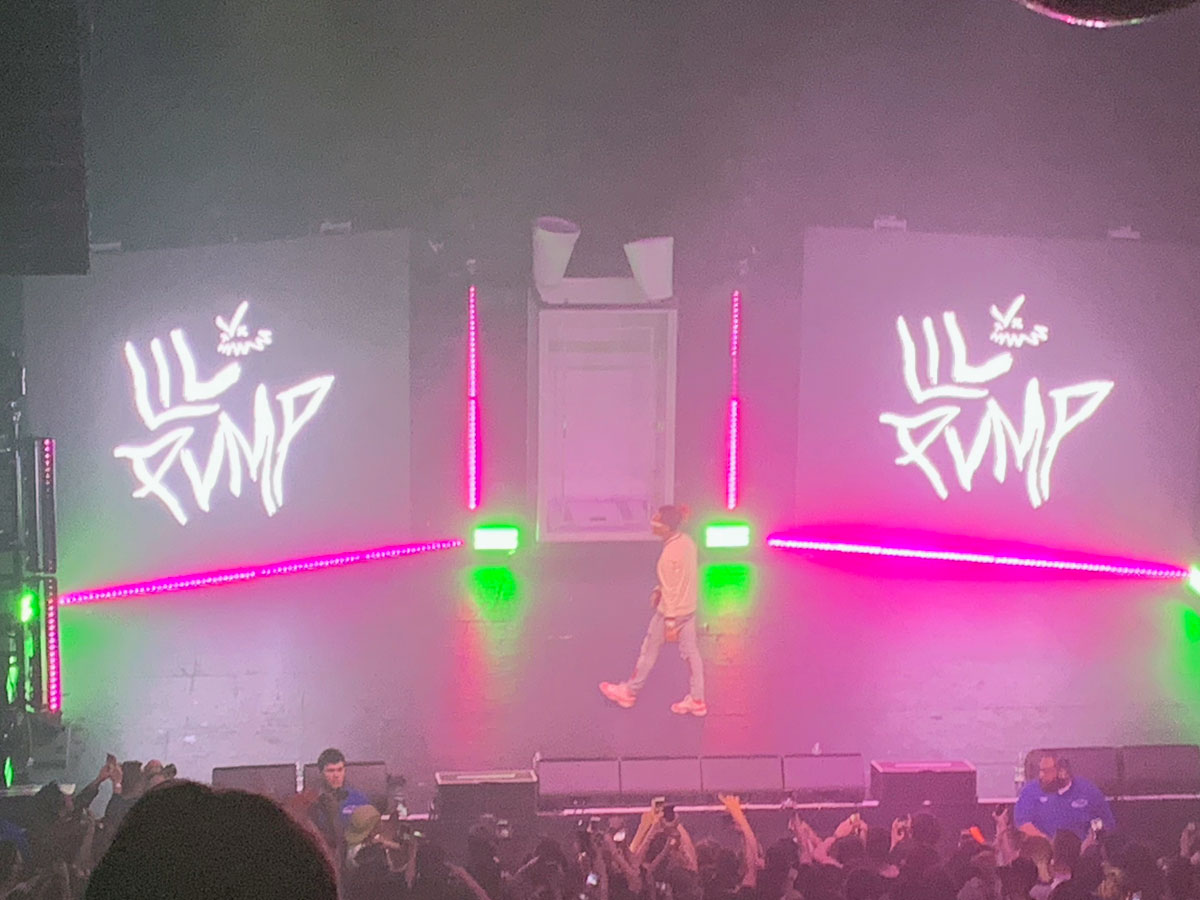 Yet another concert that puts Mr. Hipster in the awkward position of being among children who are probably less sober than he is. Granted, it’s at the behest of Hipster Jr. and his friend (who were definitely sober themselves). Who, for some god-awful reason thought it would be a good idea to drag his old ass to this ear-splitting festival of nonsense. Granted, it was these two teens who had to tell me the terrible chemical-smelling clouds that wafted by every two and a half seconds were, in fact “weed.” I’m not sure what passes for weed these days, but apparently it now smells less like skunk and earth and more like burning lamp oil and sneaker rubber. So, I found myself disappointed with both the music and the drugs.

Once again we found ourselves at Terminal 5. This follows relatively closely on the heels of the last concert Hipster Jr. dragged me to, NF. I can say with great confidence that the last show was way better. “Better” being relative, of course, but while that artist seemed interested in being an artist, these guys seemed more interested in being the only thing that dudes with tons of face tattoos seem to be able to be. And apparently that’s two rappers who rap over their own tracks that are being pumped at very high volume from a MacBook Pro. Literally. Like there were a bunch of reeeeeallly awful opening “bands” and DJs, all of whom walked up to a folding table on the stage, plugged in their Macs and just started going. It’s not impressive.

Now, of the two, Lil Skies seemed a little more connected to his music. Or at least didn’t seem to only care about taking “Molly.” He tended to actually make an attempt to rap rather than relying almost solely on his backing track coming out of that damned laptop. And when I say backing track, I mean that when he stopped rapping (along with every other rapper that night), the track still had his vocals going. And breath control was not exactly their thing. So half of his set was him rapping and the other half was him rapping on an MP3 while he stalked back and forth on the unadorned stage (save the two giant screens). This didn’t happen at the Logic and NF shows, so I’m going to assume these guys just aren’t used to performing out? Or can only do it in the studio? Whatever “it” is. It’s just disappointing that they don’t take more pride in their music/performance. 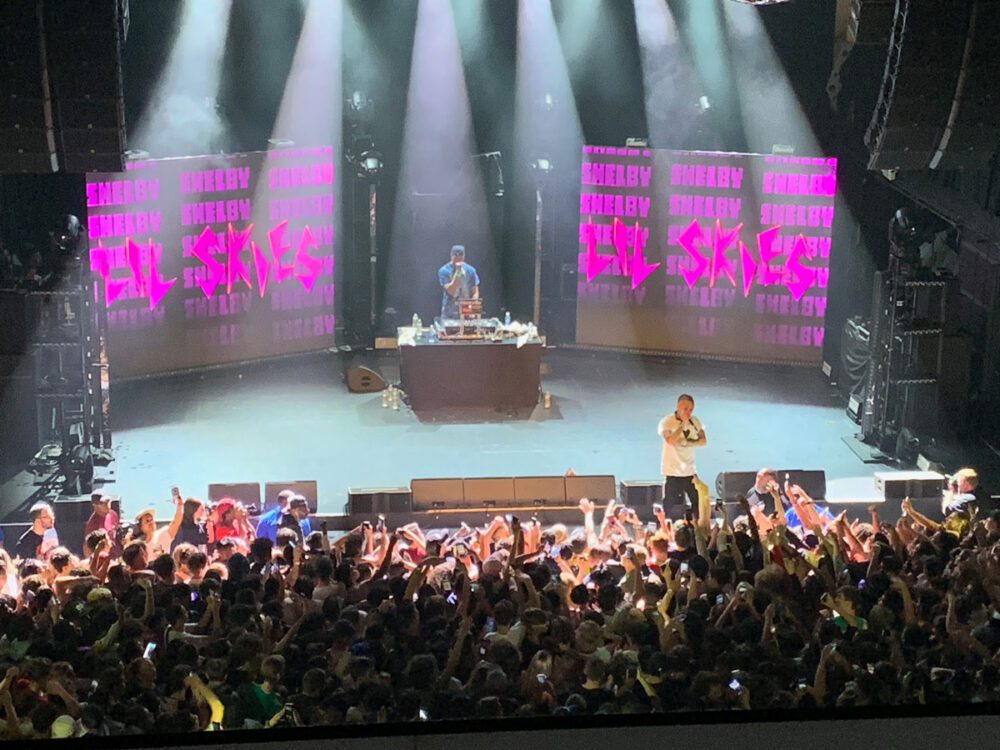 Now for everything Lil Skies was, Lil Pump was him on steroids (or lean, I guess). Or whatever drugs he apparently could get his hands on. He too had nothing going on on the stage other than the somewhat overweight older rapper gentleman who came out earlier rockin’ a bullet proof vest that was made for a much smaller man. Let’s just say that he still could have taken one to the gut despite the vest. Anyway, Lil Pump doesn’t so much write lyrics as much as he just repeats phrases or two-word sentences over and over again at very high volume. We were standing dead on to the stage and the speakers rattled my sternum, lungs and intestines in a very uncomfortable way. Though I was super-happy to be three floors up and not in the sweaty mass of humanity that was the floor. The floor that was essentially a pit in which they encouraged moshing from the stage. While shouting “Gucci Gang” ten million times in a row for some reason. Turns out that’s a “song.” 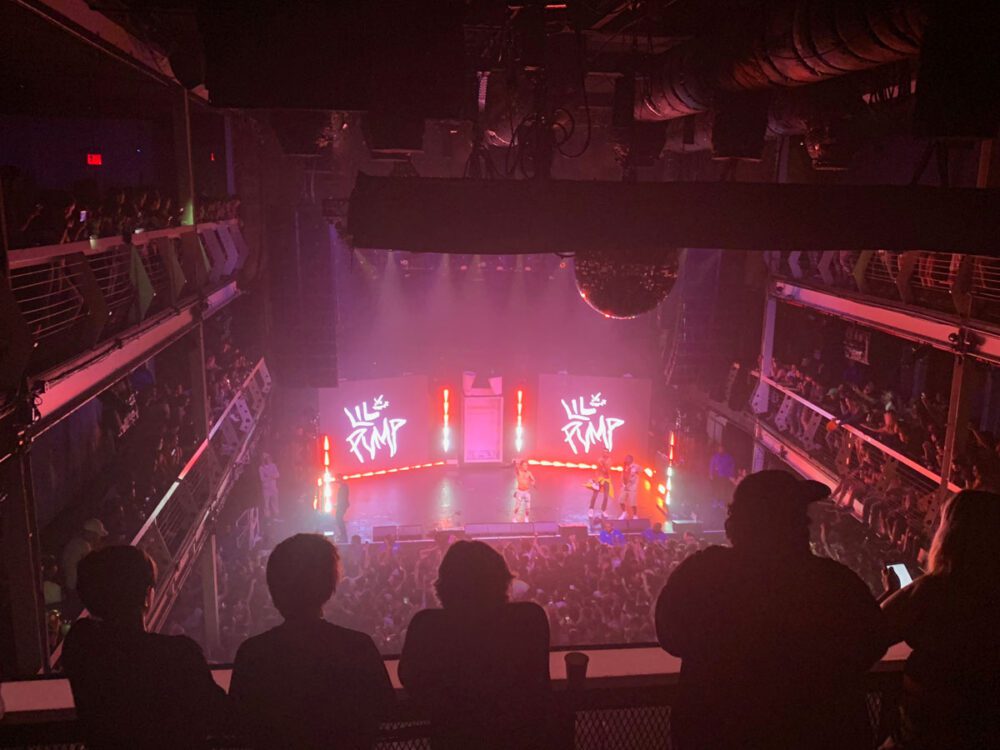 Anyway, it seemed that when Pump started, he had a bunch of energy. He jumped around and tried (tried) to keep up with his rapping. He even did a song that felt like a song. Like it had a melody and thoughtful lyrics. It sounded like something that was akin to music. I said as much to Hipster Jr., only to find out it wasn’t his song, but one of XXXTentacion’s, whom he was memorializing. Otherwise he seemed to be having a good time and generally being a one-man party. Though, as the show wore on (and on), his energy seemed to wane either as he realized the limit of his own material or as whatever drugs he’d taken started to really peak.

Throughout I wondered what all these kids thought about the old guy (me) hanging out listening to this noise. Turns out, not much. I got not a second look. Eventually some dudes who were even older than me filed into the VIP section in front of us. Dudes who, over my years of working at record labels, looked and smelled of label. And one can’t help but wonder what these guys were thinking when they watched the artist to whom they’d promised dollars and effort do his thing. His thing that mostly includes kinda-sorta performing over his own tracks and talking almost exclusively about pussy and illegal drugs. In front of the 10-year-old sons they’ve brought to the show. I feel like those old people who shook their fists at the punk music I listened too as a teenager. Except that that music was good, and this is just… Well, it’s just not my thing.