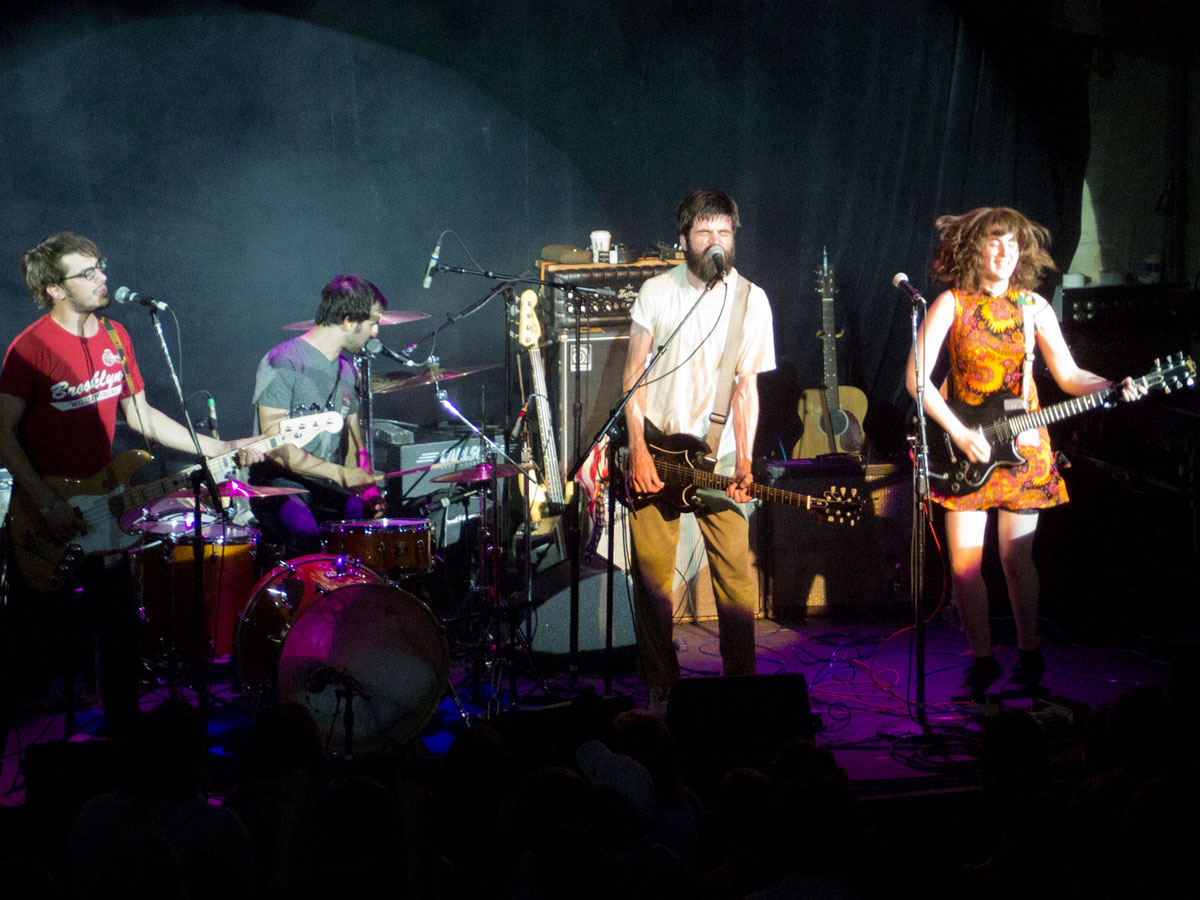 Maxwell’s is one of those places that I swear I had been to back in my early twenties when I had some reason or other to venture to Hoboken. It turns out the place I thought was Maxwell’s was just some sports bar way at the other end of town. I’m a silly fuck. And apparently an old, forgetful one, too. So, after stopping randomly at Black Bear Bar & Grill for a decent burger and an overload of TV screens and waitresses young enough to be my waaaay younger sisters (ahem), we rolled out to a venue I had no idea even existed.

Walking up to Maxwell’s side door, the first person I spied was Patrick Stickles, the lead singer of Titus Andronicus. He wasn’t a hard guy to spot, honestly, with his big mountain man beard and a videographer sticking a camera in his face. The funniest thing was hearing him utter “man, there are some good looking women here tonight” as we strolled by. Ms. Hipster, being the modest woman that she is, thought he couldn’t possibly be referring to her. One look inside at the preponderance of Anthony Michael Hall Sixteen Candles-clique-clones sitting in the small risers around the tiny performance space cemented the fact that he had to be talking about her. There were no other women there. By the time the first band, Squirrel Nuts, sorry The Spider Bags, took the stage there were at least five women there, one of whom was the lead singer’s girlfriend and another so high on something that she stood on my feet for five minutes without even noticing. There was also a dad there with his son and his two friends, a dude with some sort of weird Star Wars headgear that I’m sure he thought was the coolest in Jersey fashion and some idiot in clam diggers and a crooked Yankees cap perched on his head.

The second opening band was Pitchfork darlings, Harlem. The lead singer was wearing some sort of faux African hip-hop hat that actually made him look like what Hollywood would stereotypically put on a Sean Penn I Am Sam character. And if it wasn’t a low IQ, I suspect there were some d-r-u-g-s or booze involved in his bizarro slurred ramblings between songs. Granted, they put on a good show and made the stoned girl and her idiot boyfriend very happy.

And then the main attraction came out and, as the kids say, rocked my socks off. I’ve already declared their album, The Monitor, the album of the year–and they played the shit out of it. Throw in some of the favorites from their debut like ‘Fear and Loathing in Mahwah, NJ’ and you have a fun-filled romp through the punk NJ countryside. The band itself is amazingly high energy and engaging, ranging from the pure unbridled jumping joy of guitarist/fiddler, Amy Klein, to the almost serial killer intensity of lead singer, Patrick Stickles. You can’t tell from my shitty iPhone photo below, but the man’s sinister sideways stare could melt any cool Jersey shell. The band’s anthemic tunes, rah rah chants and natural NJ fist-pumping exuberance lent itself perfectly to the small space and home state crowd. The only shame, and ultimate irony, was that we had to leave the show before it was over at 1:15 to catch a train to Jersey. 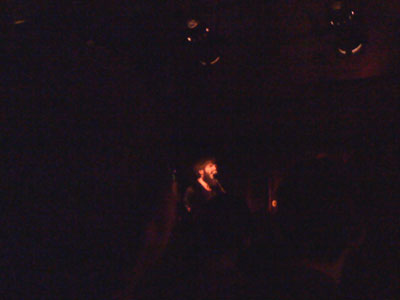